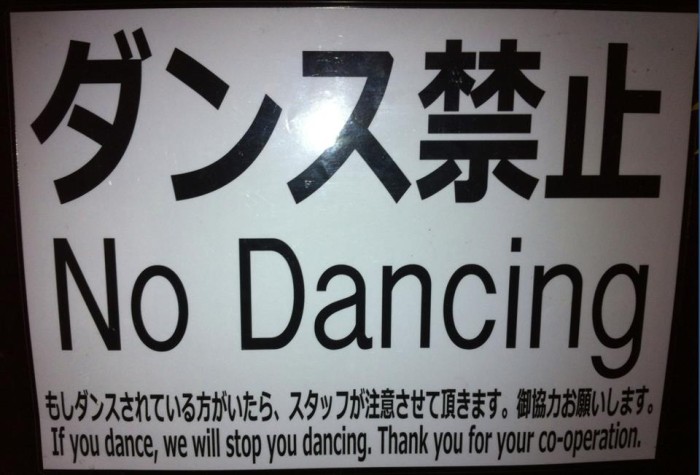 Last Monday, the latest film in the Resident Advisor ‘Real Scenes’ series was uploaded. Focusing on Tokyo, and how the ever-increasing implementation of an old morality law, known as Fueiho, which was originally aimed at curbing prostitution, is forcing dance music venues to close and, in the process, serving to dismantle Japan’s reputation as one of the club capitals of the world.

‘Real Scenes’ was launched in November 2011, and was Resident Advisor’s first foray into producing short films highlighting global dance culture, each edition focusing on a different city – Bristol, Detroit, Berlin, Paris, Johannesburg, New York, and now the Japanese capital. It’s an impressive series, and all the editions to date can be found here:
http://www.youtube.com/playlist?list=PLnZOad80R4nqLcVpidO55JG2kH_3vRDR2

Japan has an ageing population, and this, coupled with the negative portrayal of the country’s club culture in a traditionally conservative Japanese media, is marginalising the nation’s youth, forcing what was only recently a thriving mainstream club scene into a more underground terrain.

The film certainly struck a chord with me, having, as I’ve spoken about in previous blog posts, enjoyed some treasured nights in Tokyo (also Osaka, which has taken the brunt of the Fueiho crackdown). It’s concerning to see how something so positive and vibrant now finds itself under siege, the devastating impact of the 2011 earthquake causing older Japanese to regard dance music as not only trivial in the circumstances, but anti-social by their more straight-laced standards. Suffice to say, the right to party isn’t a cause Japanese politicians are likely to put their weight behind, although the people this is affecting would regard it as a basic human right; a release from the tension in a country only recently gripped by the very real fears that followed its nuclear catastrophe.

In this environment its inevitable that the underground becomes increasingly vital as the mainstream downscales, and, as history tells us, this isn’t necessarily a negative thing in terms of creativity and innovation, which are often born of struggle or disfranchisement.

The film includes footage from Dommune, which blurs the lines between club and TV studio, as well as the sadly no more Seco, an institution to a generation of Tokyo clubbers. I have links to both, having been a guest at Dommune during my last trip to Japan in 2012, whilst experiencing a memorable night at Seco Lounge in 2010. I was asked to DJ at Seco’s closing party last November, but it wasn’t to be. Sometimes you feel a real sense of personal disappointment when, for reasons outside of your control, you’re unable to take a booking that you really want to do, and this was a prime example. The 2010 recording is available to stream / download via SoundCloud:

The trailblazing Dommune, which is streamed online Monday to Thursday from a Shibuya based studio-cum-club, features interviews, discussion and, of course, music played by live DJs, pre-dating Boiler Room and other online DJ platforms. I was driven there straight off a flight from Los Angeles and had a brilliant night, not only from a DJ perspective, but also socially. It’s a great crew of people associated with Dommune, both staff and supporters, and it was a pleasure to spend time in their company.

Dommune’s Naohiro Ukawa shares some particularly wise words in the ‘Real Scenes’ piece, but the most poignant is his ‘but still do it’ rallying call, where he quotes Manga artist Takashi Nemoto in relation to the current predicament Japan’s club enthusiasts find themselves confronted with. Where there’s a will there’s a way, and if you drive something underground it’s often likely to come back at you later down the line with renewed vigour.

Ukawa was also the subject of a Resident Advisor interview last year that I’d recommend anyone with an interest in the future of dance culture, wherever you might be, to take some time out to read:
http://www.residentadvisor.net/feature.aspx?1686

If you’re compelled to do something, you’ll do it through darkness and light, reinforcing the inherent passion you have, regardless of enforced limitations. Whilst on the surface it might feel like you’re being closed-in and stifled, beneath it a whole new expressive realm, which you might otherwise have missed, can open up as consequence – that is, of course, if you don’t lose faith, but still do it, both despite and because of everything. Sometimes there’s no other choice, but no better chance. 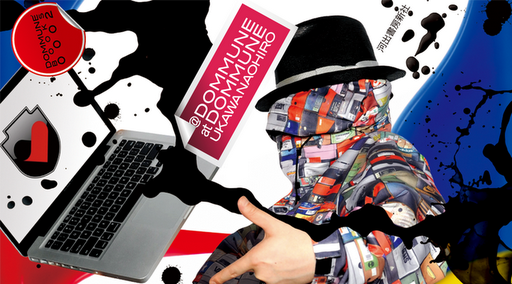 One Response to Dancing In The Darkness