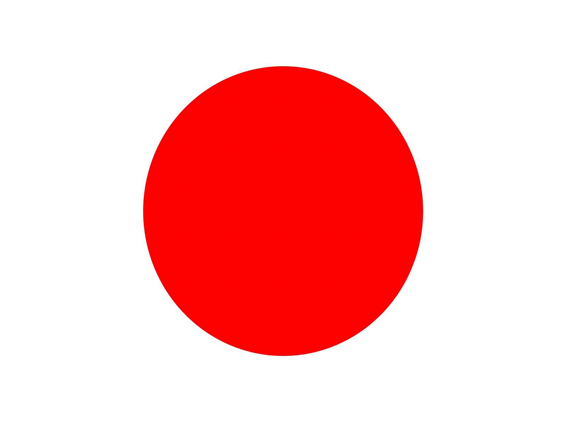 Having been fortunate enough to spend some time in Japan during recent years, experiencing the inimitable enthusiasm of a Japanese crowd during my DJ appearances there, the terrible tragedy which has befallen the country is something I feel a need to comment on in some small way. It wouldn’t sit right with me to make a normal blog post this week when I know that people with whom I’ve shared such good times are currently facing fear and uncertainty as they try to come to terms with the full gravity of the situation now confronting their nation.

So I’ve decided to write down some thoughts, not on the disaster as such, but on my admiration for the Japanese people and their unique will and spirit – something they’ll need to increasingly draw on during these dark and difficult days.

Ask any DJ who’s played in various countries around the world where their favourite destination is and Japan is likely to come out top, or near the top. It’s the sheer passion of the Japanese that’s so impressive – if they get into something, they really get into it, no half-measures here.

Back in the ’90s I remember asking Northern Soul aficionado Ian Dewhirst about a rare 7” I wanted to obtain a copy of, and was somewhat taken aback when he told me Japan would be my best bet. It certainly clued me up to the fact that the Japanese were expertly buying up all manner of artefacts from Western popular culture, seemingly appreciating their value more so than those from their country of origin.

This embracing of the West and its cultural heritage, coupled with the way its people have retained many of their own traditional values, is what makes Japan such a unique proposition, with one foot in the East and the other in the West. So, when I visit a city like Tokyo or Osaka, it’s familiar enough for me to quickly feel at home there, yet at the same time I’m fully aware that I’m in a very different place to where I’m from. It’s this paradox that makes Japan so special.

The politeness of the people is renowned, not to mention contagious – the slight bow that is courteously exchanged as a matter of course is something I now catch myself doing from time to time back in England. Respect and outer-calm are core elements of the Japanese way of life – this is why, amidst the terror they must be experiencing, we see news footage of Japanese people queuing in an orderly fashion, understanding that everyone else is in the same boat, thinking of others and not only of themselves. This is obviously a strong attribute to possess in times of crisis, when chaos can greatly confound an already dire circumstance.

When I was a kid growing up in the ’60s, the Japanese were stereotyped as cruel and emotionless, a leftover from World War II when British prisoners of war were subjected to some brutal treatment from their Japanese captors. My only reference was via the war films shown on the TV, most notably ‘Bridge Over The River Kwai’ with its POW plot. In the schoolyard kids would play ‘Japs and Commandos’, running around firing at each other with pretend machine guns – before the shoot ‘em up most of playtime was taken up with the ritual of walking about, arms around each others shoulders repeating the words ‘join on the game of Japs and Commandos’, until there was a line long enough to pick teams and play war.

Now I understand more about the Japanese mentality leading up to the war years, without condoning the brutality I can see why they treated their prisoners with such contempt. Had their soldiers found themselves in a hopeless position, and were about to be captured, the honourable thing in their culture would have been to commit suicide (hara-kiri / seppuku) in order to save themselves from the shame of falling into enemy hands. By this harsh logic, Allied prisoners were viewed as dishonourable and treated as such.

Sometimes when I’m in Japan I look at the people and consider the fact that my ancestors and theirs were once enemies, in my case just a generation ago. My father served in the Royal Navy in the Second World War, onboard a minesweeper in the Pacific. For him, Japan was the adversary he faced in a direct sense, not Germany.  And this was a formidable enemy – like a boxer who just doesn’t know when they’re beaten the Japanese refused to surrender when it was clear that the Allies were an unstoppable force. Such was their resolve not to give in, they would no doubt have fought to the death if this was the Emperors will. As we know, it took an unimaginable horror to finally bring the war to a conclusion.

When I was old enough to think about the war in a more objective way, what fascinated me most about the Japanese was how they managed, in such a short space of time, not only to survive, but to thrive in a way that took the world by total surprise. It was as though the nation collectively said to itself ‘we lost the war because their technology was superior to ours, therefore we embrace technology, we embrace what defeated us’. Within just a couple of decades, Japan was right at the forefront of technological advancements, a quite staggering accomplishment. Rather than hating those who defeated them, churning themselves up with bitterness and putting all their energies into plotting revenge, they ‘endured the unendurable’, as the Emperor, on surrendering, had told them to do via a radio broadcast (it was the first time they’d heard his voice, helping break the illusion of divinity – for many regarded the Emperor as a god on earth). So they turned it in on themselves, throwing their energies wholeheartedly into the gargantuan task of rebuilding their country, whilst adapting their way of life / belief system to the demands of a new age – determined to learn from defeat, rather than wallow in it. That’s some mindset.

Underpinned by what’s often referred to as ‘the Samurai spirit’, the tenacity, efficiancy and self-discipline of Japan and its people is legendary.  The films of Akira Kurusawa, like ‘Seven Samurai’ (1954), ‘Throne Of Blood’ (1957) and ‘Ran’ (1985) illuminate a feudal past, and the violent reality of life back then, especially for those who chose to live or die by the sword. A further paradox that has always intrigued me is that Zen Buddhism survived in Japan because it was adopted by the Samurai – the most peaceful of religions practiced by the most lethal warriors. These extremes and apparent contradictions can often be found beneath the surface of Japanese culture.

Moving on from war films and schoolyard games, the first Japanese person I became aware of was the artist Yoko Ono, who was racially abused in the British media for the ‘crime’ of having fallen in love with John Lennon – the vitriol reaching a crescendo when she was accused of breaking up The Beatles. Just over two decades after the end of the war Japan was still regarded as the enemy by an older generation scarred by their memories, and Ono was cast in the role of scapegoat.

What Yoko Ono suffered is in total contrast to how people in the UK view the Japanese nowadays. Fascinated by the crazy quirks of a colourful contemporary culture, in which the people know how to live by the adage ‘work hard and play hard’, the British now have much affection and admiration for their fellow island nation.

Since seeing the first news reports about the earthquake and tsunami last week, there’s a genuine concern in this country for the plight of the Japanese people. The world is a much smaller place nowadays – a situation significantly speeded up by Japan’s post-war technological revolution. With twenty-four hour ‘breaking news’ transmitting the images of devastation, it’s difficult not to be affected by what you see, even if you’ve never visited Japan. It’s no longer regarded as a remote country, which we have little in common with, but a wounded friend trying to make sense of this sudden destruction, confounded by the nightmare scenario of a potential nuclear meltdown just 150 miles from the nation’s capital. It’s a chilling prospect here, 6000 miles away, so I can’t begin to imagine how it must feel to be there amidst all this uncertainty.

Hopefully the worst is over, and the Japanese people won’t have to endure further suffering, but if they do I pray that their strength of character and finely-honed work ethic will see them through, and a new, even stronger Japan will emerge from this catastrophe.

To all the Japanese people I’ve met, and those from other countries who’ve made their home there, I’d like to express my heartfelt sympathy for their loss, both collectively and individually. I feel somewhat awkward writing this, but it would be worse to ignore what’s been happening and say nothing at all.

I’ll conclude with a link to the inspirational words an American born Tokyo mother posted on J-Bloggers earlier this week. ‘How To Stop Being Afraid–Even When The Whole World Thinks You Should Be’ by Anna Kunnecke:
http://blog.jibtv.com/j-bloggers/2011/03/how-to-stop-being-afraid–even-when-the-whole-world-thinks-you-should-be.html