Just returned from my third trip to Japan in the past two years, flying into Osaka for my first gig in the city (at Sound-channel)  before taking the bullet train to Tokyo for two further appearances, at Seco Lounge on the Saturday and, forty-eight hours later, Grassroots.

Had a particularly memorable night at Seco Lounge – it was the SUS 4th Anniversary Party and, as is the Japanese way, they really pushed the boat out, dressing up the venue befitting of the special celebration, whilst other Tokyo nightspots sent floral tributes, which adorned the entrance.

I’d first become aware of this club custom when I made my Tokyo debut in November 2008 at Loop’s 13th Anniversary, once again in the Shibuya district (they’re just about to throw a weekend long party to mark their 15th). Throughout the night owners and representatives of other venues drop by to pay their respects (it would be extremely bad form not to) and the party continues on until the following morning, and sometimes beyond.

The SUS anniversary proved to be a huge success – the passion, enthusiasm and all round musical suss of the Tokyo crowd generating a top vibe, and ensuring that everyone would go away full of praise for the club’s efforts. An auspicious occasion for sure – a splendid time was certainly had by all, not least myself.

The recording of my Seco set is now online and available to download / stream:

Japan is a favourite destination for many DJs, and I’m no exception. To call it a remarkable country is something of an understatement – there’s definitely nowhere quite like it, with its unique east / west culture fusion, and it’s always a real thrill to be there. I’m only just back but I’m already looking forward to heading out again in June 2011. 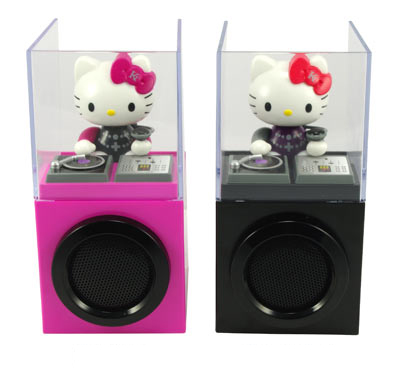 Beatles On iTunes
Catch The Beat

3 Responses to Those Tokyo Cats Know Where It’s At