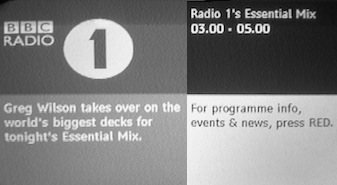 Perhaps the defining moment of my reignited DJ career occurred 5 years ago today when my Essential Mix was broadcast on BBC Radio 1 to an overwhelmingly positive response. The comments on the BBC website that followed it’s airing can still be viewed, along with the full tracklisting:
http://www.bbc.co.uk/radio1/essentialmix/tracklistingarchive.shtml?20090117

The mix gained further kudos in 2010 when, to reflect the show’s history, dating back to 1993, 10 classic Essential Mixes were chosen by Radio 1, including my own, as part of their Essential Mix 500 landmark. The full list is included in this blog post from 2011:
https://blog.gregwilson.co.uk/2011/01/essential-mix-revisited/ 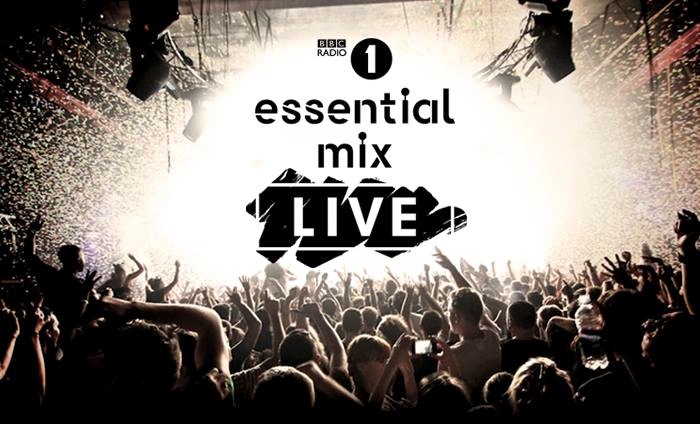 Back in November I appeared as part of the line-up at a special one-off event, The Essential Mix Live, held at Manchester’s Warehouse Project in celebration of the 20th anniversary of what’s become a British institution (even more so now, with it’s presenter, Pete Tong, recently awarded an MBE in the New Year honours list for services to music and broadcasting).

I put my own Essential Mix together in early January 2009, just a few weeks on from the 5th anniversary of my DJ comeback. Here’s how I described the process at the time:

It was quite laborious. Before I could start the actual mixing part I had to edit every track to a coherent length of around two and a half minutes average, inclusive of in and out points. I had a pool of about 90 tracks that fitted the criteria I’d set (a representative selection of the biggest tunes I’ve been playing during the past 5 years). It wasn’t as straightforward as just editing the 43 tracks I ended up featuring – in order to have the necessary options once I started to piece the mix together I needed to have all the tracks at my disposal, just as I would have if I was out deejaying in a club, so the only thing to do was edit all 90 to the required length, even though I knew that only half would make the cut.

Once that was finally done they were all taken across into my laptop, enabling me to vari-speed them via PCDJ whilst I recorded across to my home computer into Cool Edit Pro, where I put the mix together track by track, before adding overdubs (fx, samples, textures) in a similar way to what I do live using the Revox (reel to reel).

However, for the 5th anniversary, it’s not the construction of the mix I’ve focused on, but its deconstruction – before the fx, samples and textures were added, before the 43 parts were jigsawed together into a whole, and before each of the selections had been truncated into those 43 parts. Just uploaded to Soundcloud, in the same Essential Mix order, is a whopping 277 minute podcast, featuring all of the source tracks, but this time unmixed and in their full-length glory. I owe a debt of gratitude to each and every one of these killer tunes, and all of those associated with them – the artists, the producers, the remixers and the re-editors.

The Essential Mix is, of course, also available to stream / download too: