By Greg Wilson on January 28, 2013 in Black Culture, Living To Music, Psychedelia, The Seventies 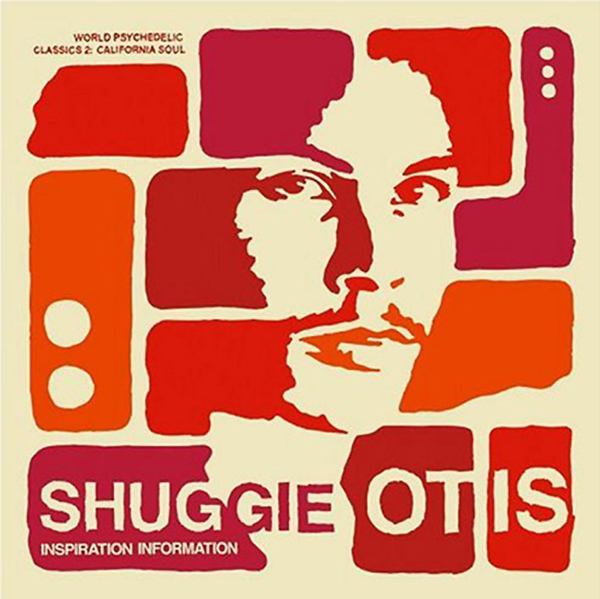 This Sunday (February 3rd) at 9pm, you’re invited to share a listening session with some likeminded souls, wherever you might be. This can be experienced either alone or communally, and you don’t need to leave the comfort of your own home to participate. If it’s not possible to make the allotted time, hopefully you can join in at your convenience at some point during the following weeks. See update here:
https://blog.gregwilson.co.uk/2012/07/living-to-music-update-july-2012/

In total contrast to last month’s Living To Music selection, ‘Sgt. Pepper’s Lonely Hearts Club Band’ by the most successful recording artists of all, The Beatles, Shuggie Otis could be described as the one that got away – an incredibly gifted musician / songwriter who, rather than receiving the acclaim his music clearly merited, was destined for relative obscurity.

His father was Johnny Otis, the son of Greek immigrants, who grew up in the African-American community of Berkeley, California, and, after forming his own Swing band in the late ’40s, become a pioneer of the emerging Rhythm & Blues sound, which would, of course, set the wheels in motion for the oncoming Rock & Roll era. He would help steer a whole host of artists to R&B stardom, including Etta James, Jackie Wilson, Esther Phillips and Big Mama Thornton, as well as writing and recording his own material, most famously ‘Willie And The Hand Jive’ in 1958.

Born into this musical environment in 1953, Shuggie Otis would begin playing guitar when only 2 years old, and by the age of 12, he was performing professionally in nightclubs with his father’s band. As the ’60s wore on he would gravitate towards the Psychedelic sound of the times, artists like Jimi Hendrix, Sly & The Family Stone and the Arthur Lee led Love, whose 1967 album, ‘Forever Changes’ was the Living To Music selection for May 2011:
https://blog.gregwilson.co.uk/2011/04/living-to-music-love-forever-changes/

Signed to Epic Records in 1969, when he was just 16, Otis would record 3 albums for the label – ‘Here Comes Shuggie Otis’ (1969), ‘Freedom Flight’ (1971) and ‘Inspiration Information’ (1974). With the final album taking 3 years to complete, and crossover success still elusive (the title track being his only showing on the R&B chart, peaking at an underwhelming #56), Epic lost patience. Otis had gained a reputation for being difficult, and was described as living in ‘a haze of drugs and paranoia’, hence the album taking so long to record. Without sufficient record sales to paper over the cracks he was cut adrift, and given the ill repute now connected to his name, no other companies were prepared to offer him a second chance. At the age of just 21 he was, in effect, washed out.

An offer to join the Rolling Stones on tour as guitarist was declined, and his only subsequent credits during the coming years were for guitar sessions on his father’s recordings. His work finally received a measure of acknowledgement in 1977 when The Brothers Johnson reached the top 5 of the US chart with their Quincy Jones produced cover of ‘Strawberry Letter 23’, a track that originally appeared on Otis’s ‘Freedom Flight’ LP. However, that was as good as it got as obscurity beckoned for this one time prodigy with the world at his feet.

Throughout the ’80s and ’90s you’d have to dig deep to come across this long-forgotten artist, who’d pretty much vanished without trace into the mists of time, although he gained cult status from the small circle of enthusiasts who did unearth his records. Then, in 2001, Talking Heads legend David Byrne re-issued ‘Inspiration Information’ (with the addition of 4 tracks from ‘Freedom Flight’, including ‘Strawberry Letter 23’) on his Luaka Bop label, which showcased a spectrum of eclectic artists from various parts the world. Byrne wrote:

“Who knew that there was an artist as amazing as this who could have been overlooked for so long? His trippy R&B jams are equal to Marvin’s and Curtis’s, but somehow more contemporary sounding…closer to D’Angelo meets DJ Shadow. And with a name like Shuggie, how can you go wrong?” 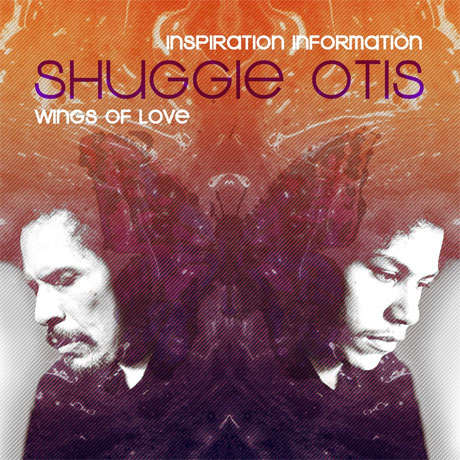 Additional royalties have since been generated via samples of his recordings being used in tracks by artists including Beyoncé, OutKast and J Dilla, and in November 2012 he began his ‘Never Ending World Wide Tour’ with his new band. Sony have now announced that they’ll be re-issuing ‘Inspiration Information’ this April as part of a double CD package with ‘Wings Of Love’, which is comprised of additional unreleased material. Gilles Peterson interviewed Otis for BBC Radio 6 just before Christmas – you can check it out here:
http://www.bbc.co.uk/programmes/p012qby1

Listening back to ‘Inspiration Information’ you’re struck with just how unique an artist Shuggie Otis was, too far ahead of the curve, the public clearly not ready for his disparate brand of far out Soul. Like Prince, later down the line, he produced and played most of the instruments on the album (in addition to guitar he’s credited with playing bass, drums, organ, piano, vibraphone, percussion and analog drum machines – his use of drum machines, as with his hero Sly Stone, exemplifying his pioneering spirit). There’s a real finesse to his work, which obviously wasn’t appreciated at the time. It puts me in mind of a couple of lines in the Don McLean song ‘Vincent’, about the artist Vincent Van Gogh, the greatness of whose work was never recognised during his lifetime:

They would not listen, they did not know how
Perhaps they’ll listen now

The Movin’ On Up / Move On Up Mantra
How Do You Listen To Music?