By Greg Wilson on November 4, 2010 in DJ Appearances, Hear, Mixes 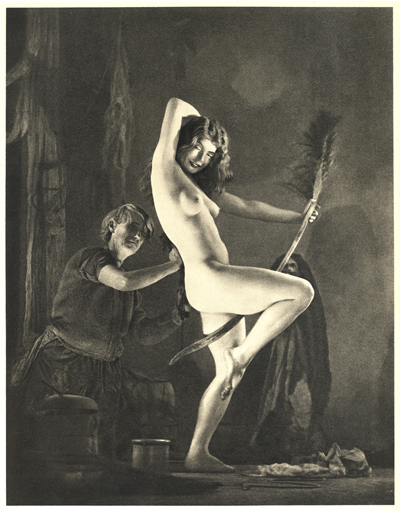 I’m writing this on the flight back from the US. It’s been a whirlwind nine days, with gigs in Boston, Atlanta, Tampa, Miami, Los Angeles and, concluding the tour, the spectacular Sunset Halloween Boat Party aboard the magnificent San Francisco Belle.

Halloween is a big deal in the US, and nowhere more so than San Fran, so I guess I was pretty much in the centre of the universe for this one – it certainly felt that way with 1200 revellers, almost all in fancy dress, hell bent on having the time of their lives.

Suffice to say that the American’s go to town when it comes to Halloween – it’s a night to rival New Year’s Eve and many would say that it now tops NYE as THE night out of the year. So, to hire this wonderful Riverboat and throw such a memorable party was something of a coup for the Sunset crew, with people already bestowing the event classic status. I definitely felt like I was a part of something very special. It was a thrill to share the occasion with such an up for it audience, and the term ‘unforgettable experience’ isn’t mere hyperbole in the case of this top top night.

The recording of my set has just gone up on my SoundCloud page for download / stream:

After the boat docked I was in for another treat. Anthony Mansfield, my main man in San Fran, took me to the 222, which is located in the adjacent building to the legendary Blackhawk (sadly, now a parking lot), where a who’s who of Jazz musicians played in the ’50s and ’60s. It was there that tape recorders were set up to capture live performances by greats like Miles Davis and Thelonious Monk, the recordings subsequently issued on albums. It was a major Beatnik haunt and, of course, links right into the Hippie era, which is always a major source of fascination for me.

Being a ’60s obsessive, San Francisco is obviously a city close to my heart and it goes without saying that Haight-Ashbury was the first place I wanted to see in 2008, on my first visit (again for a Halloween appearance). Having come out of the airport onto the freeway I was enthusing like a child when I saw the sign for the Cow Palace (see The Punk & The Prankster post: www.gregwilson.co.uk/2010/09/the-punk-the-prankster), my excitement reaching boiling point when this was immediately followed by another sign, this time for Candlestick Park, where The Beatles played their final gig, in 1966. 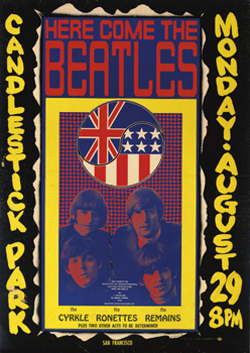 Having deejayed on five consecutive nights in five different cities, crossing over from East to West Coast in the process, you’d have thought I’d have been well and truly wasted, but, although I don’t think I’d want to undertake such a full-on schedule in such a short space of time again, I was invigorated by the whole adventure, having been welcomed with warmth wherever I went (along with Anthony, special thanks to Pedja Kostic and Karl Injex for their hospitality). 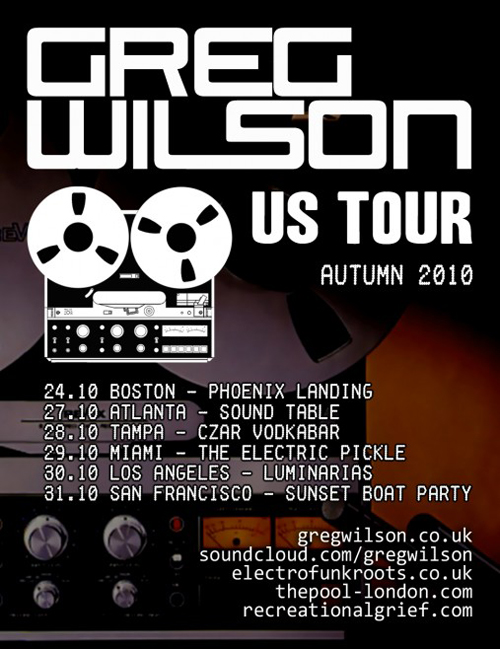 If you’ve been following the news you’ll be aware that the US has entered a new era of political turbulence, the anti-Obama backlash resulting in a major swing to the right during this week’s mid-term elections (the right wing agenda pushed most forcefully by the so called Tea Party). There’s certainly a clash of ideology being played out, which is polarising opinions. It’s pretty clear that the situation threatens to become increasingly divisive during the coming years.

This struggle was symbolized by Baseball’s 2010 World Series, which reached its climax just a few hours before I boarded my flight home, and was the talk of the city when I’d arrived in San Francisco the previous day – their team, the Giants, taking on the Texas Rangers in the best of seven playoff. Whilst the Giants represent what’s often described as the most liberal city in the US, the Rangers were once owned by Republican hardliner, George W. Bush, before he became president.

As we set sail on the San Francisco Belle, the Giants led the Rangers 2 games to 1, with the fourth game in progress over in Texas. The anticipation was high, but nobody was taking anything for granted as the Giants hadn’t won the World Series since 1954 (when the team was New York based), the club and its supporters still haunted by the heartbreaking defeat at the hands of the Angels in 2002, having at one point been in a seemingly unassailable winning position.

The already heightened atmosphere aboard the boat intensified as the news spread that the Giants had taken a 3-1 lead, and would be Champions if they won the following days game (having two further opportunities to clinch the series back in San Francisco later in the week, if they failed to finish the job off in Texas).

The following evening, as I was packing my stuff, ready to leave, the decisive game was on TV. We watched some of it before heading to the airport – it was a 0-0 stalemate, the pitchers well on top. As I was checking my bag in I heard a massive cheer ring around the airport building and realised that the Giants must be in the lead. Having cleared security I saw a crowd of people congregated in the bar watching the TV screens – the Giants were 3-1 up and the game was approaching its conclusion. I stood and watched as a bearded pitcher closed the game out and the whole place erupted. The Giants had done it and, as I left this city that means so much to me it terms of history, with the celebrations in full swing, I was aware that I’d been a hugely fortunate participant in an extraordinary twenty-four hours, when a new page in San Francisco’s story was written.

What’s more, the pitcher who saw the Giants home had Wilson on the back of his shirt  🙂 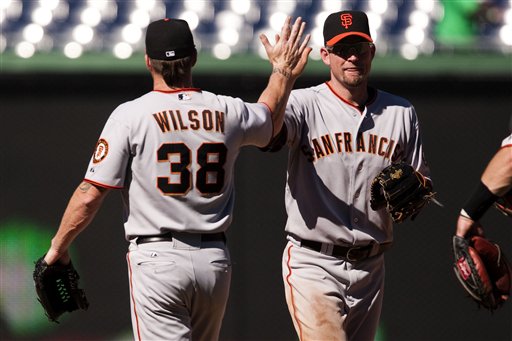 Where Were You In 1990?
West Coast Moves