By Greg Wilson on September 6, 2010 in Books, Psychedelia, Read, The Beatles, The Sixties 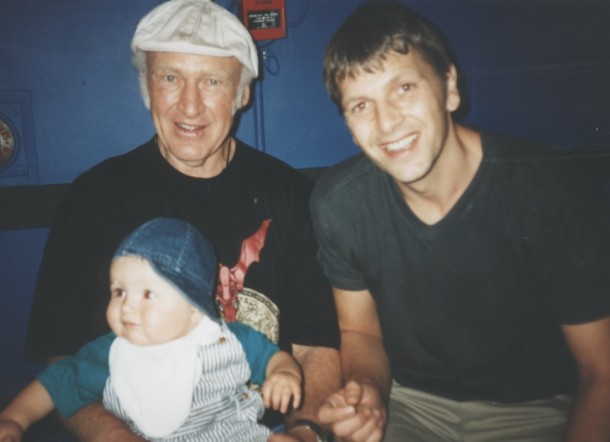 I was in Dublin airport at 9.00am last Saturday morning and had bought a cup of coffee and a scone before boarding my flight to Manchester. I was just picking up a knife to butter the scone when who should I see sat down at the next table but John Lydon (aka Johnny Rotten). It turns out that he’d been performing with Public Image Limited at the same festival as I’d been at, Electric Picnic. He was with someone else who looked really familiar, although I couldn’t place him. They had a load of pints of Guinness stacked up in front of them and at one point this Irish lad walked up to their table and, without saying anything, put down a couple more pints for them, gave them the finger, and started to walk back to where he was sat. They didn’t take too kindly to this and started shouting after him, saying it wasn’t good form to tell them to fuck off, Lydon stating that he was in his ’50s and didn’t ‘need that shit’. For a moment it looked like it might kick off, but after they gave the guy a bit of a lecture it seemed to calm down.

I finished my coffee and went to queue up to board the flight, and about 5 minutes later Lydon and his mate walked to the front of the line and were ushered through – turns out he was getting the same flight. The last I saw of him was walking out of the exit at Manchester’s Terminal 1 shouting ‘Ars-e-nal’ at the top of his voice.

Throughout all this, a number of people approached him to get a photo, which is something I could never do personally– just wouldn’t feel right given I’ve never actually met him, but to each their own. It got me thinking that the only time I’ve had a snapshot taken with someone of iconic status was when I was fortunate enough to meet Ken Kesey in August 1999, just a couple of years before he died. He came to Liverpool with a group of contemporary Pranksters (plus a few of the originals) on his magic bus (a copy of the original, which, last I heard, was in a beautiful state of decay on his farm in Oregon). They made a pilgrimage to Mathew Street, home of The Cavern, where The Beatles played many times before they were famous. I took my son with me to see the bus drive in, he was nine months old at the time and he sat on the bus while Kesey signed books for a few people. I’d brought my copy of Tom Wolfe’s ‘The Electric Kool-Aid Acid Test’ (a book about him, rather than written by him) and he told me that it was usually his own famous novel, ‘One Flew Over The Cuckoo’s Nest’, that people brought for him to sign. 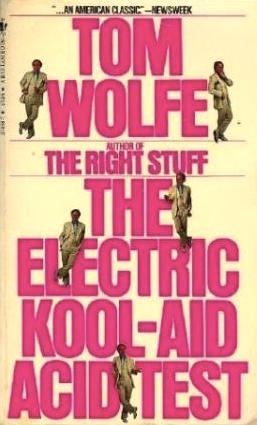 The following day I was back in Liverpool city centre, again with my son, when I saw the bus parked up outside the Royal Court Theatre, where Kesey had performed the previous night. I still had a camera with me from the day before and began to take a few more shots of the bus. I noticed Kesey stood at the stage door and he recognised us. One of the younger Pranksters was with him and he asked if I’d like him to take a picture of the three of us together, and that’s how the photo above came about.

The Beatles were central in the ‘Cloud’ chapter from ‘Kool-Aid’, when the Pranksters went to see them at the Cow Palace in San Francisco and were hoping to get them to come along to a party at Kesey’s ranch in their honour. The Beatles might not have turned up, but this was the night Kesey met Owsley (Augustus Owsley Stanley III) and the psychedelic odyssey took another titanic twist. To quote John Lennon, ‘Griff walks in such mysterious ways, his woodwork to perform’.