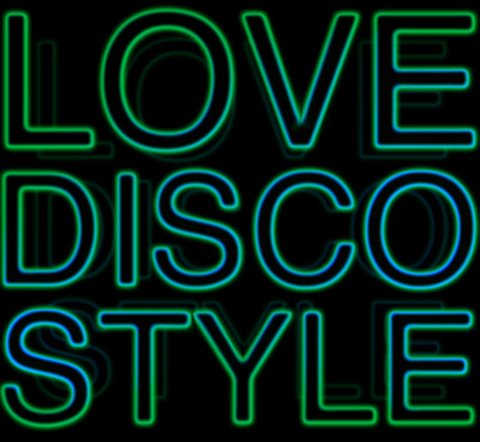 Who’s afraid of the big bad wolf? Not Victoria Wade.

I received an unusual request from Matt Lund via my Myspace page a few weeks ago – he told me that he’d got together with his girlfriend whilst I was playing at Bestival last year, in the Rizla Arena, and had decided it would be the perfect time to propose to her during my spot twelve months on, this time in the Bollywood Tent. He asked if I could play the edit of Marvin Gaye & Tammi Terrell’s ‘Ain’t No Mountain High Enough’ (aka BT Edits ‘Mr Marvin & Ms Tammi’), which he’d heard me play in 2009 and has been such a showstopper for me during recent years (thanks to Michael Cook for putting me on to it). That would be his cue to get down on one knee and pop the question.

Matt takes up the story:

“So I waited till your set on the Saturday, thank you so much for playing ‘Ain’t No Mountain High  Enough’ (and ‘Movin’ On Up’ after that was a beautiful touch). Once the track started I took off my big bad wolf costume and got down on one knee in front of little red riding hood. I had a t-shirt printed up underneath my costume saying:

(on the front) Vicki don’t be afraid, this wolf’s asking…
(on the back) Will you marry me?

She was so shocked she couldn’t even say yes at first but she did, we came down the front to see you and that was great too, and the crowd around us in the Bollywood tent had also seen it and everyone was sending us a lot of love.”

The full mix from Bestival has now been uploaded to my SoundCloud page for download / stream:

This also provides the perfect opportunity to link another Betty Boop Talkartoon (following on from the ‘Rotoscope Moocher’ post a couple of months back), 1931’s ‘Dizzy Red Riding Hood’ – I’m sure that, in the case of Matt and Vicki, the wolf was similarly amorous: 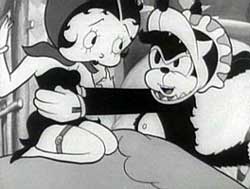 This will actually be the second wedding (at least the second I’m aware of) connected to my appearances at Bestival. Paul and Gina Budd got together in 2007, whilst I was playing there, once again in the Rizla Arena.

“The way the music, the weather, the crowd, the atmosphere and how Gina and I were feeling and how much we were enjoying ourselves has stayed with us. It changed a lot of things for us. It was the beginning of a love affair, not only with each other, but the music and the way it was put together had sparked something off in us both also.

From that day lots has happened, we have been together since then, we got engaged in December 2007 (3 months later) and we married in June 2009. It was fitting that through our shared love of Greg and the music he had played and sent us, he agreed to be part of our wedding day and DJ for us at our reception. An absolutely fantastic day and night.

We had started to promote him in Brighton and have since had some amazing parties here. Gina has run a fan group she started off the back of the Bestival experience (Greg Wilson….Probably The Best DJ In The World….) and we continue to put on parties and DJ, heavily influenced and inspired by that day.”

Congratulations to Matt and Vicki. I think a fancy dress theme would be fitting for the big day – you should revive the Wolf and Red Riding Hood to make it a real fairytale wedding. And for those of you who are single, and planning a trip over to the Isle Of Wight for next year’s Bestival, remember that romance may be awaiting you on the dancefloor – just let the matchmaker’s music magnetize you, get your groove on, and allow the undeniable law of attraction do its thang 😉 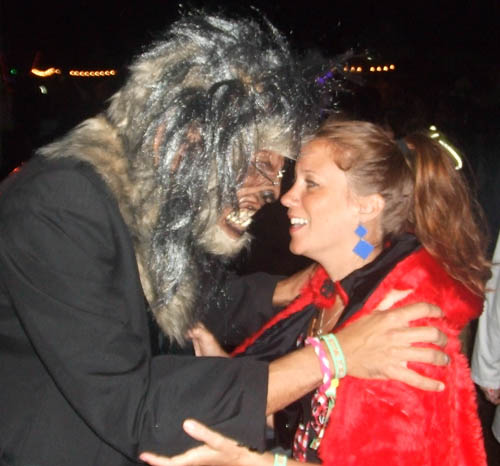