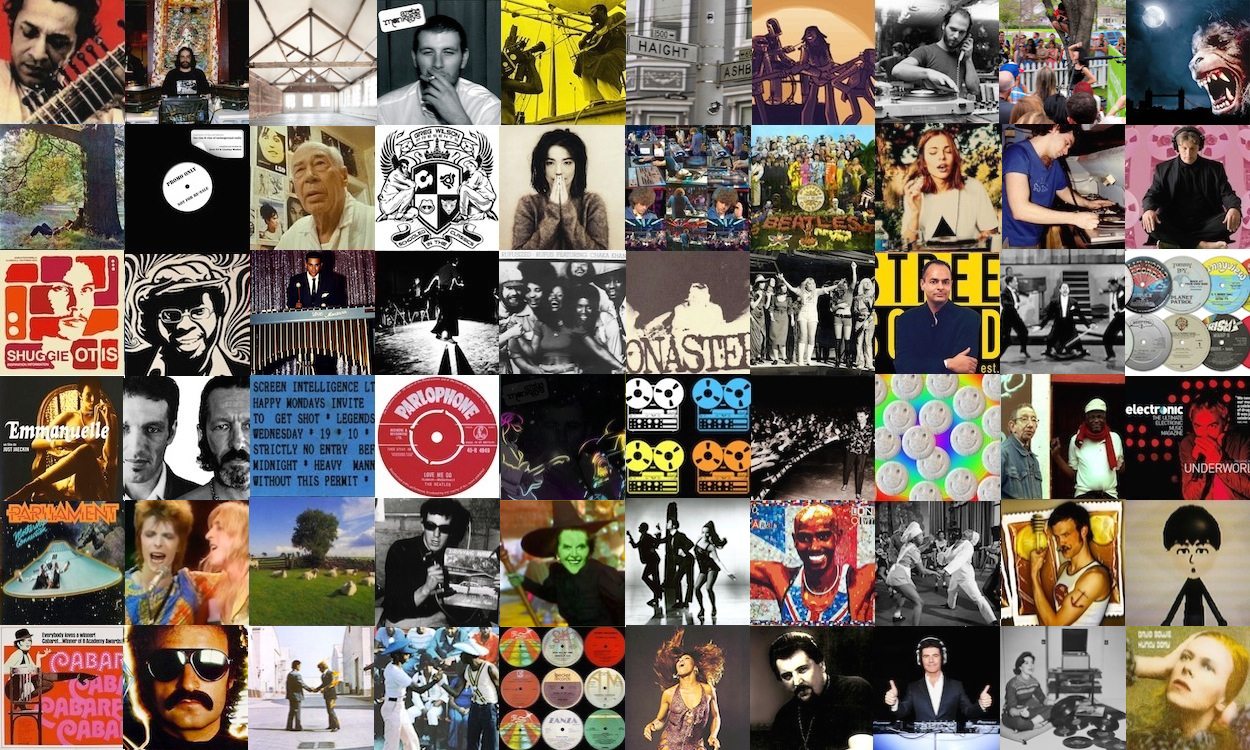 June 21st marked the 3rd anniversary of the blog, with 232 posts to date. It’s an integral part of what I do, and has entered a new phase during these past 12 months, attracting an ever-increasing amount of regular readers – significantly up from previous years.

I remember when I was first told about blogging by a friend, Brad Sidey, who was quick out of the blocks as far as the internet was concerned, setting up Wide Media with Marian Buckley way back in the late ’90s. He told me a blog was a personal place where you can share views and opinions, similar to a diary or a journal, and he thought this would be an ideal format for my own writings. It wasn’t for a number of years until I followed his advice, but once I did I understood totally why he felt this would provide the right platform for my musings.

It tied in perfectly with my personal approach to writing, which was defined via the piece ‘Electro-Funk – What Did It All Mean?’, which I wrote 10 years ago now, in 2003, about the underground dance music being made 2 decades prior to that. Given the considerable passage of time, I felt a need to clarify what I meant by Electro-Funk, the term Electro meaning different things to different people, but with this being a movement that I was personally connected with, as a DJ back in the early ’80s, I felt it would be lacking candour to approach the article from a third party perspective. With this in mind I inserted my subjective experience into the more general, objective tone of the piece, and this has been the template of how I’ve written ever since.

I’d braced myself for criticism from certain quarters, figuring some might accuse me of blowing my own trumpet, given my personal involvement in what I was writing about, but it would have been misleading for me not to state my association. I also felt sure that, as I was casting doubt on some of the existing documentation of British dance culture, that I’d tread on a few corns, but this never materialised, at least not on the surface, and, to the contrary, people responded very positively to this approach – the personal detail bringing the reader closer in, enabling them to gain a deeper understanding of the subject matter. It was this blend of objective and subjective that seemed to hit the spot for many people.

This would provide the basis for subsequent pieces on dance music and club culture, the factual information complimented by personal reminiscence, and when I started the blog, in 2010, this style of writing seemed perfectly suited.

Along with regular features like ‘Living To Music’ and ‘Video Blog’, in the past year there have been a series of pieces about fellow DJ’s Todd Terje, DJ Derek, DJ Harvey, Danny Krivit, David Mancuso, Mark Kamins (RIP) and, of course, the most widely read of all, ‘Nina Kraviz – The Mistress Of Her Own Myth’, which helped illuminate the issue of sexism in the industry, and would take on a life all of its own after DJ Maceo Plex castigated Nina on Facebook, and she responded in kind, the exchange generating viral attention throughout the global clubbing community: https://blog.gregwilson.co.uk/2013/04/nina-kraviz-the-mistress-of-her-own-myth/

Other posts that have been particularly well received include, in order of appearance:

‘Putting The Black In The Union Jack’ – which commented on the feelgood factor of the London Olympics, and how this had highlighted multicultural Britain at its best:
https://blog.gregwilson.co.uk/2012/08/putting-the-black-in-the-union-jack/

‘How Clubbing Changed The World’ – looking at why the Channel 4 documentary failed to fully reflect the UK’s rich club / DJ heritage:
https://blog.gregwilson.co.uk/2012/09/how-clubbing-changed-the-world/

‘Jimmy Saville – DJ Originator Or More Smoke And Mirrors?’ – how the mooted innovations of the once iconic DJ need re-evaluating in light of revelations of serial sex abuse, dating back to the 50’s:
https://blog.gregwilson.co.uk/2012/11/jimmy-savile-dj-originator-or-more-smoke-and-mirrors/

‘Disco Now Disco Then’ – as it says on the can, joining the dots between the original Disco era and the more recent renaissance:
https://blog.gregwilson.co.uk/2013/05/disco-now-disco-then-2/

Finally, thanks to Gavin Kendrick and Dan Smith for all their help during the past year, their work in the background has been invaluable to the blog’s smooth running.

Here are the posts that marked the 1st and 2nd anniversaries:

A Year In The Blogosphere:
https://blog.gregwilson.co.uk/2011/06/a-year-in-the-blogosphere/