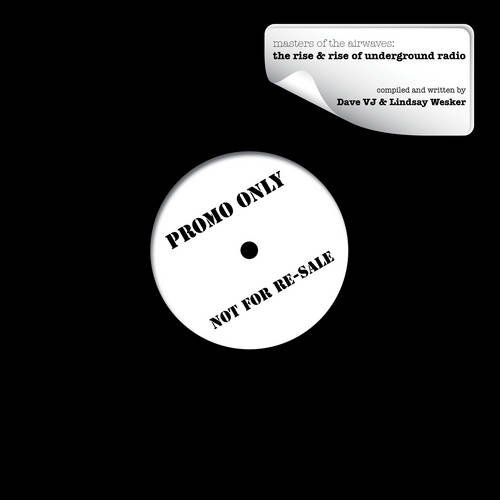 I want to give you a heads up on a new book that focuses on the evolution of black music radio in London during the ’80s. ‘Masters Of The Airwaves – The Rise And Rise Of Underground Radio’ is the labour of love of 2 influential figures from the period, Dave VJ and Lindsay Wesker. The book is presented as a series of interviews with the great and the good of London’s pirate and specialist radio back in the day (plus a few Northern exceptions) .

I first met Lindsay over 30 years ago now, back in July 1982, when, as club columnist for Black Echoes, he came up North to report on my nights at Wigan Pier and Legend in Manchester, just as the Electro-Funk era was beginning to unfold. He became a very important figure on the scene because he was forward-thinking and receptive to the new musical directions that were opening up in the early ’80s, whereas the then DJ bible Blues & Soul had taken a more purist stance, it’s Northern correspondent, Frank Elson, at one point even refusing to acknowledge the term Electro, instead printing it EL*C*RO, as though it were a swearword.

Lindsay became the champion of a new breed of DJs and club nights, which, in the South, would eventually break the domination of the Soul Mafia, a once all-powerful collective of specialist DJs who had held so much influence over the black music media. Pirate radio in London was a major factor in this changing of the guard, and Lindsay would go on to be a key player in the emergence of Kiss FM as a force in UK dance culture – he was their Head Of Music between 1986-1994 and played a big part in helping the station go legit. He’d later be brought into MTV to set up the R&B and Hip Hop offshoot MTV Base, and continues to work for the company to this day.

I became aware of the Mastermind Roadshow, comprising of Herbie Laidley, Max LX and Dave VJ, via Lindsay’s column in 1983. Mastermind would go on to mix the majority of the seminal ‘Street Sound Electro’ series, and, as The Rapologists, they would record ‘Hip Hop Beat’ for the ‘UK Electro’ compilation – this was the only inclusion on the album I hadn’t myself co-written / produced. Dave would later release tracks with Max as the Hardrock Soul Movement, and the 2 would present a highly successful rap show for Kiss FM in the ’90s.

The book is available via Every Generation Media:
http://everygeneration.co.uk/index.php/shop-home/masters-of-the-airwaves

3 Responses to Masters Of The Airwaves