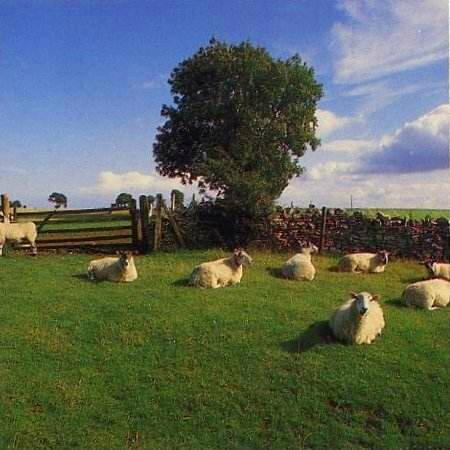 This Sunday (September 2nd) at 9pm, you’re invited to share a listening session with some likeminded souls, wherever you might be. This can be experienced either alone or communally, and you don’t need to leave the comfort of your own home to participate. If it’s not possible to make the allotted time, hopefully you can join in at your convenience at some point during the following week. See update here:
https://blog.gregwilson.co.uk/2012/07/living-to-music-update-july-2012/

Back in 1990, with the Rave scene at its height, ‘chill out rooms’, where you could escape the constant main room 4/4 thud, were now a feature at a number of club nights and parties. Here the DJs set a more spaced-out atmosphere, creating trippy ambient soundscapes as opposed to rock the house rhythms. Ambient music had, of course, existed outside of the clubs previously, its best-known exponent being Brian Eno, whose electronic experimentations set the tone back in the ’70s (although you can trace its origins further back via the avant-garde). The DJs would pepper things up further with perhaps Pink Floyd, a BBC sound effects album, a section from a sci-fi movie score, a Strauss Waltz, or some weighty Dub – anything that fitted the vibe and enhanced the vibrations.

The pioneers of this new ‘Ambient House’ approach, as it was first dubbed,  included Mixmaster Morris, who recorded as The Irresistible Force, and The Orb, whose  ‘A Huge Ever Growing Pulsating Brain That Rules from the Centre of the Ultraworld’, issued on 12” a few months earlier, and running for a whopping 19 minutes, was the precursor to ‘Chill Out’. The link between the 2 projects was Jimmy Cauty, who worked in partnership with Alex Patterson when making Orb records, and with Bill Drummond (formerly manager of The Teardrop Explodes / Echo & The Bunnymen) on KLF material, Cauty and Drummond’s prankster ethos reaping dividends throughout the early ’90s. 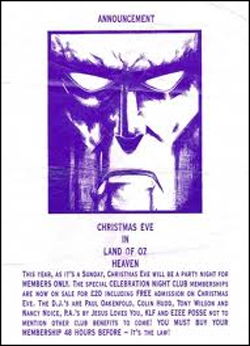 In 1989, whilst Paul Oakenfold hosted the main room at London’s Heaven for their Monday night Land Of Oz sessions, Patterson and Cauty took over the club’s VIP room for their legendary ambient excursions, and it was these that provided the inspiration for ‘Chill Out’, which was recorded in their studio (live at Trancental) as one continuous performance and, according to Cauty, without any edits – when they made a mistake they started again from the beginning, attempting numerous takes until they’d got it just the way the wanted. The KLF then released it on their own label, KLF Communications, the album sleeve tipping its hat to Pink Floyd’s ‘Atom Heart Mother’ and its cover picture of a cow, with its content described as ‘mythical night-time journey up the U.S. Gulf Coast from Texas into Louisiana’.

It would quickly become a cult-classic, essential after-party listening. When the club had closed, but the buzz remained, especially for those who, as we used to say, were ‘on one’, it was the perfect LP to put on when you got back home and kicked back.

I loved the use of the trio of ’60s hits that ghosted in and out along the way – ‘Albatros’ by Fleetwood Mac’, ‘In The Ghetto’ by Elvis Presley’ and ‘Stranger On The Shore’ by Acker Bilk (this approach had previously been used to great effect via Minnie Ripperton’s 1975 hit ‘Loving You’, which featured on ‘Huge Ever Growing Pulsating Brain’).

Having previously topped the chart with the novelty hit ‘Doctorin’ The Tardis’ in 1988, under the alias of The Timelords, following-up its success with a tongue in cheek book called ‘The Manual (How to Have a Number One the Easy Way)’. The KLF would go on to score a handful of top 5 hits between 1990-92, including the #1 ‘3 A.M. Eternal’, whilst their next album, ‘The White Room’ would peak at #3 (they’d also enjoy top 10 success in 1991 as the Justified Ancients Of Mu Mu, their original name, under which they began recording in 1987). Cauty and Drummond would later gain notoriety within the art world, under their K Foundation banner, filming themselves burning a million pounds in 1994.

Sit Down! Listen To This!
Beware The Moon

12 Responses to Living To Music – The KLF ‘Chill Out’