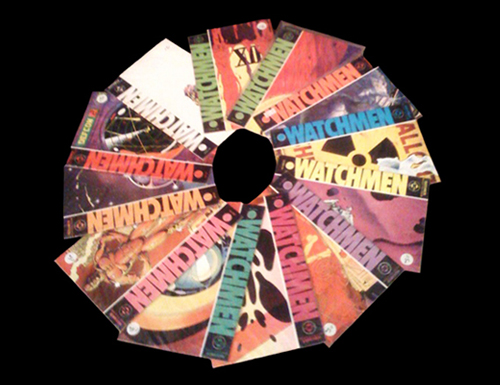 Alan Moore remains a constant source of inspiration, and since my last post referring to his work, ‘The Masked Movement’ (https://blog.gregwilson.co.uk/2011/12/the-masked-movement/), I’ve read some more of his books, as well as listened to numerous interviews courtesy of the wonderful world of YouTube.

Before I wax lyrical about 2 further Alan Moore favourites, ‘From Hell’ and ‘Promethea’, I should rewind to last Christmas, when I received the perfect present from my mate Kermit, who I talked about in my original ‘All Along The Watchmen’ post just over 10 months ago, when this whole journey of discovery began for me (https://blog.gregwilson.co.uk/2011/06/all-along-the-watchmen/). As you can imagine, I was overjoyed to unwrap a complete set of the 12 original ‘Watchmen’ comics, all in mint condition (pictured above) and still in their plastic wrappers – Kermit, being the comics geek he is, had bought 2 copies of each when they’d first come out, keeping a spare set, which have, thankfully, now found their way to me. It was a greatly appreciated gesture from a true spar. 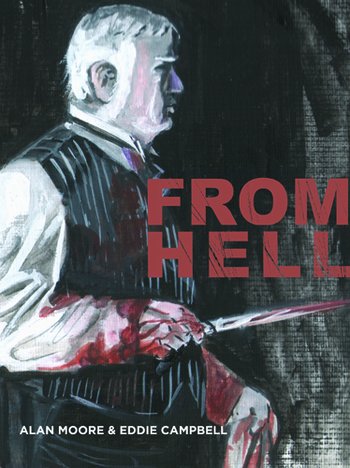 I was blown away by ‘From Hell’ (originally published in comic form between 1991-1996, and as a graphic novel in 1999), in which Moore joined forces with illustrator Eddie Campbell to present an astonishingly detailed account of the infamous Jack The Ripper murders, committed in Whitechapel, London in 1888 – still the subject of much speculation all these years on, with a whole sub-culture of ‘Ripperologists’ ever active, trying to uncover fresh clues. The unsolved slayings of 5 prostitutes, referred to as the ‘Canonical Five’, between August 31st and November 9th 1888, have generated numerous theories as to who was responsible, with even the royal family implicated. What Moore has done is painstakingly comb through all of these to piece together a coherent story in which Queen Victoria’s physician, Sir William Gull, is the killer. The fact that I can tell you this doesn’t ruin the story, for what Moore states is that he wasn’t focused on the ‘whodunnit’ aspect, but the ‘whydunnit’ – the mentality that engendered such a bloodbath, and the social conditions that manifested it. He shines a light on the historical context, at the gateway to the oncoming 20th century, and summons up a number famous figures who were in London at the time of the murders to help illustrate the period in which they happened, including Oscar Wilde, Joseph Merrick (The Elephant Man) and Aleister Crowley (then a boy called Alexander).

Like most people, I’ve never had anything more than a fleeting fascination with these dark deeds, and it’s unlikely I’d have had the inclination to read a book about Jack The Ripper had it not been written by Alan Moore. The amount of research he put into this was phenomenal – reading through a mountain of material on the subject and sampling from a whole spectrum of sources. The appendix, where, page by page (over 40 in all) he reveals these sources, is a greatly impressive work in itself. Moore describes the book as ‘probably the most thorough dissection of the Whitechapel murders that anyone is ever likely to read’, a boast I doubt many would argue with.

There’s a part of the book where one of the victims, Mary Ann Nichols, sings ‘Green Grow The Rushes, O’ to herself as she walks along the road in the panels preceding her murder. I’d completely forgotten this song, lost, as it was, in the shadows of my youth, where I remember singing it in primary school. Described as ‘one of the most mysterious oral folk songs’, I’ve since learned that some of the lyrics date back to pagan times. It was always a song I found eerily evocative, especially the line about the mysterious ‘lily white boys’, whoever they be.

A 2001 film adaptation of ‘From Hell’ bore little resemblance to the book – Johnny Depp playing Inspector Frederick Aberline, who in reality was a middle-aged man of 45 at the time of the murders, and died of natural causes aged 86, whereas Depp’s character doesn’t make it beyond his late ’30s, dying of an overdose, addicted to opium and absinthe. This, along with the film adaptation of another of Moore’s creations, ‘The League Of Extraodinary Gentlemen’, was behind his decision to ask for his name to be taken off the credits of subsequent movie adaptations of his work.

Although, on the surface, ‘Promethea’ seems a world apart from ‘From Hell’, there’s a definite crossover with regards to Moore’s exploration of occult themes – ‘From Hell’ centered around Masonic ritual, whilst ‘Promethea’ enabled him to bring his own magical ideas to the fore, particularly in exploring the tarot and the kabbalah.

Set in an alternate New York of futuristic ‘science heroes and villains’ as the 20th segues into the 21st century, bestowed with superpowers, student Sophie Bangs becomes the latest in a line of Promethea’s, These Promethea’s are an assortment of fictional characters come to life via the power of the pen.

Moore drew from actual writings, from different points in time, to conjure up his narrative – hence the fact that there are different Promethea’s, each reflecting a separate literary source. This is all outlined in the introduction to the first installment of the 5 book series.

Originally published as 32 individual comics between 1999 – 2005, the hugely ambitious (and thoroughly acclaimed) J.H Williams III / Mick Gray artwork combines a whole spectrum of styles, referencing a number of artists, and often morphing these approaches from one page to the next, providing a visual feast that powerfully compliments Moore’s ever-absorbing words.

With a memorable supporting cast, including the Painted Doll, Jack Faust, Tom Strong (moonlighting from his own Alan Moore created comic strips) and the Five Swell Guys, not to mention the fabulous single frame Weeping Gorilla comix, which punctuate the story. Moore also, once again, references historical figures – Crowley is back (this time as an older man), along with fellow occult luminaries, John Dee and Austin Osman Spare. All in all it’s an ultra-colourful magical mystical fantasy trip with bags of heart and hidden (as well as not so hidden) meaning.

Moore received some criticism for ‘Promethea’, the accusation being that his magical themes were indulgent and too obscure for the everyday comic book fan. He provided an appropriate rebuttal, stating; “there are 1000 comic books on the shelves that don’t contain a philosophy lecture and one that does. Isn’t there room for that one?”. However, the overall response was positive and it stands tall alongside ‘Watchmen’, ‘V For Vendetta’, ‘From Hell’, ‘League Of Extraodinary Gentlemen’, ‘Lost Girls’ etc, as yet another acclaimed work by this storytelling giant, whose cultural scope never ceases to amaze me. 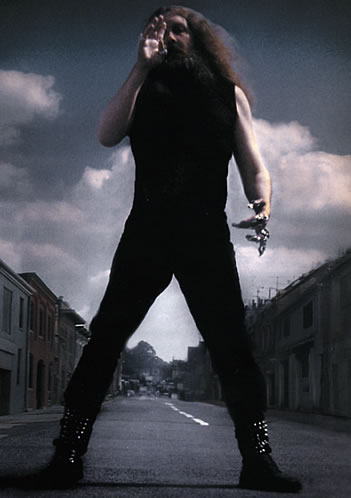