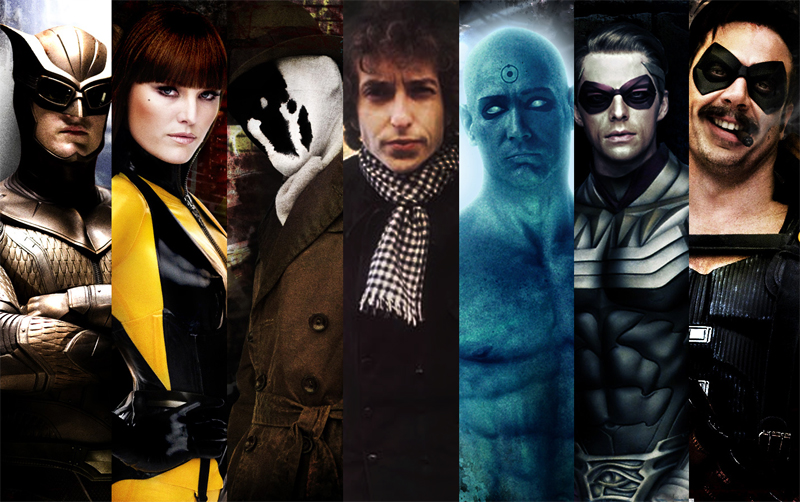 It’s funny on how one thing can lead to another – those seemingly unrelated connections I’ve previously mentioned colliding to reveal exciting new avenues of exploration. Following on from my recent ‘Getting On My Dylan’ post (https://blog.gregwilson.co.uk/2011/06/getting-my-dylan-on/) I finally got around to watching the film adaptation of the classic Alan Moore / Dave Gibbons graphic novel, ‘Watchmen’.

I’d started threads about Dylan on a couple of the forums I follow, one of the replies being from Mike Mongos at Brownswood who mentioned how brilliantly ‘The Times They Are A-Changin’’ had been used over the opening credits of ‘Watchmen’. I clicked on the link he’d left and was blown away with what I saw – a stunning juxtaposition between the state of the art visuals of the film and the poignant audio of the Dylan standard. Two seminal elements fused together to create a third force – astonishingly creative stuff referencing real cultural moments, but in the fantasy setting of a parallel universe.

With typically obsessive zeal I’ve subsequently watched the film three times so far, bought a copy of the graphic novel, which arrived in the post this morning along with the DVD of ‘Tales Of The Black Freighter’ (the comic within the comic), whilst I’m waiting on the book ‘Watchmen and Philosophy: A Rorschach Test’, which looked pretty interesting.

It was Kermit who first tried to turn me on to ‘Watchmen’, back when it was issued in 1987. He was a comic freak and was absolutely raving about it. I picked it up a few times whilst I was in the studio recording the Ruthless Rap Assassins, the crew of which Kermit was a member, but I hadn’t read a superhero comic since my pre-teens and found it difficult to get into the flow, struggling to wrap my imagination around this now unfamiliar format. However, the opening sequence with the panels panning up from the blood splattered smiley badge, revealing a murder scene and showing us that the body had fallen from a high building, left a strong impression on me. Although I hadn’t managed to get through it, I could see why it had received such high praise (revered by many as the greatest of all graphic novels, and named by Time Magazine as one of its 100 Best Novels written in the English language). Later, in 1990, when the Rap Assassins ‘Killer Album’ was released, ‘Watchmen’ was well referenced on the sleeve.

I sent Kermit a text after I’d watched the film asking if he thought it had done justice to the book. He replied ‘he did the best job he could…making big movies based on well-known books / comics must be tough. I thought he did a good job – 7 out of 10’. It was the obvious question to ask a ‘Watchmen’ aficionado, especially given the fact that Alan Moore, its author, is totally against movie versions of his work (you won’t find his name in the credits), stating that the comic format provides the only means for his stories to be fully appreciated – its artistic powers being different and distinct to that of a film, which only serves to dilute our understanding of the original work. 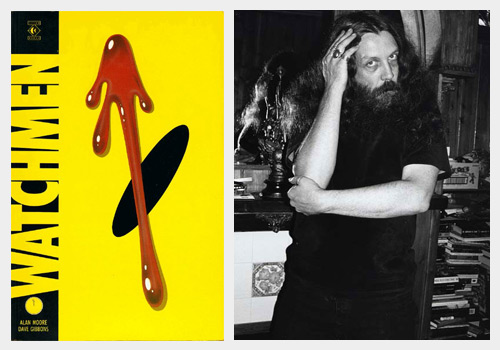 Having still to absorb the book, with all the depth of its extra detail, it would be wrong of me to comment further on it. However, the point of this post is the use of the music in the film, which, in parts, is truly inspired.

I find it intriguing when a record from the past appears in a totally different context, enhancing its place in popular culture with another generation who might not have been aware of it previously. ‘Stuck In The Middle With You’ by Stealers Wheel is the perfect example, a widely liked million selling pop song from 1972 that provided the soundtrack for the infamous ear scene in ‘Reservoir Dogs’ twenty years later. Had Quentin Tarantino, the director, used suitably sinister mood setting music, as would have been the case in most scenes where such brutality is taking place, it would have had nowhere near the same impact. What Tarantino did, by utilizing the ‘K-Billy’ radio show, which punctuates the film, is show the psychopathic Mr Blonde enjoying the mutilation via his interaction with the music playing, rather than what you see him do with the knife (the camera almost turns away in disgust as he hacks the ear off), giving the scene a hyperreality you wouldn’t have achieved with a more conventional soundtrack. He even asks his victim, “you ever listen to K-Billy’s Super Sounds Of The Seventies”, before he gets down to his gruesome handiwork, adding that it’s his “personal favourite”. I always felt this scene owes much to Little Alex’s joyful rendition of ‘Singing In The Rain’ during the assault and rape of the author and his wife in ‘A Clockwork Orange’ (1971) – whilst Alex sung the song as he dished out the ultra-violence, the Gene Kelly recording from 1952 plays over the closing credits, shining a completely twisted light on one of Hollywood’s much loved musical memories.

A further example would be Ben’s surreal mime of Roy Orbison’s 1963 single ‘In Dreams’ (which Frank calls ‘the candy colored clown’) in ‘Blue Velvet’ (1986). The cassette of the song Ben gives to Frank is later played in the car as accompaniment to the beating of the ‘neighbour’ (Jeffrey). The use of ‘In Dreams’ was described as “the emotional epicenter of the film”, but Orbison was unhappy with the way his song had been given a totally different connotation to what he’d intended (although he later changed his opinion). Director, David Lynch, said of the matter; “it is a beautiful song and it was written by Roy… those lyrics, that feel meant something to him. And it just so happened that a song in a certain situation could mean something else. And the way that Frank Booth used that song in two different places, it is just kind of unbelievable. But I can see why Roy was upset because for him it meant a third thing.”

‘Watchmen’ hits you with a double-whammy! The film starts with an ageing man (who turns out to be ‘The Comedian’), sitting at home flicking between TV channels. He settles back in his chair with a nostalgic look on his face watching a perfume commercial that uses the highly evocative Nat King Cole recording, ‘Unforgettable’ (1951). It’s at this point that all hell breaks loose as The Comedian is attacked and killed, the beauty of the song contrasting with the violence we witness to give extra hyperreal poignancy to the scene. It’s a masterful use of music and imagery and, no sooner have you had chance to catch your breath, the Dylan accompanied title sequence begins. It’s little wonder that Time also included it amongst their ’50 Greatest Movie Opening Sequences’.

‘Unforgettable’ pops up again briefly a bit later in the movie, playing over the top of the same advert The Comedian had been watching whilst Nite Owl II answers his door, and all in all there are three Dylan songs included in the soundtrack, the others being the classic Jimi Hendrix recording of ‘All Along The Watchtower’ and My Chemical Romance’s take on ‘Desolation Row’. This trio of Dylan songs, plus ‘Unforgettable’ are all referenced in the original comics.

I thought that the Philip Glass pieces ‘Pruit Igoe’ and ‘Prophecies’, which he wrote as part of the score for the groundbreaking film ‘Koyaanisqatsi’ (1982), worked really well during the story of Dr Manhattan’s origins. It’s music that provokes a sense of wonder, so it fitted the bill perfectly with regards to soundtracking the Superman.

Noticed online that there was a fair amount of criticism regarding some of the recordings used in the film, especially the Punk like cover of ‘Desolation Row’ in the closing credits and the use of Leonard Cohens ‘Hallelujah’ during the consummation of Nite Owl II and Silver Spectre II’s relationship. Nena’s ’99 Luftbalons’ and Simon & Garfunkel’s ‘The Sound Of Silence’ also seemed to split opinion.

But there’s no doubting that director, Zack Snyder, got it spot-on with ‘The Times They Are-A Changin’’ in the title sequence – a song so revered that Dylan’s handwritten lyrics recently sold for $422,500. Consciously written as an ‘anthem of change’, Dylan prophesized the oncoming generational struggle that would define the ’60s and shape the future. Many would say that this, of all recordings, is a song of its moment, and they’d be right. However, paradoxically, we hear the song (extended, with Dylan’s blessing), provide the perfect prelude to a fantasy that draws from reality, warping history in the process, but touching deeper truths in its remarkable vision and the sheer audacity of its ambition. 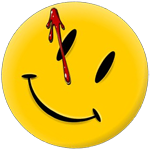 Festival Time
A Year In The Blogosphere

4 Responses to All Along The Watchmen