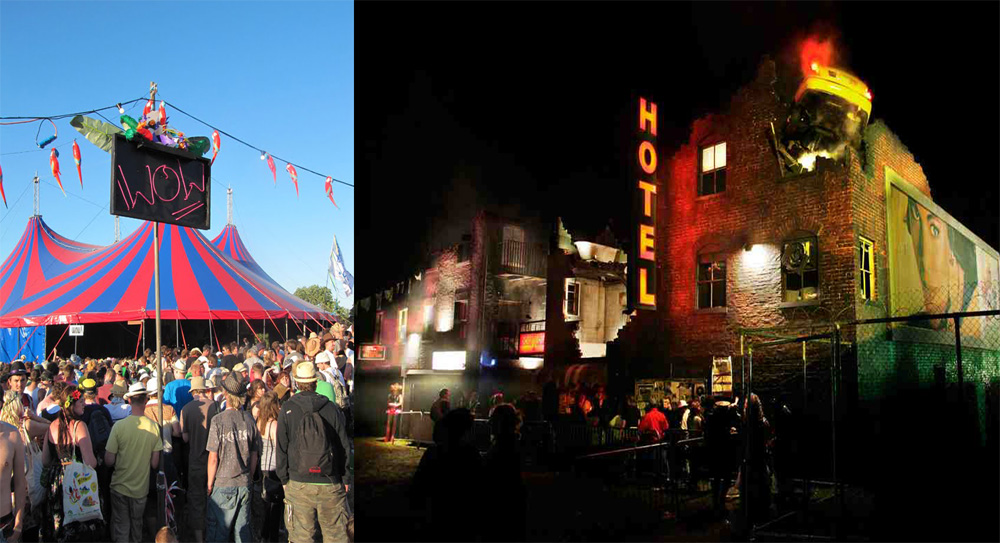 Made my Glastonbury debut last Friday – a double-header kicking off with an evening appearance on the Wow! stage, before heading across to NYC Downlow for a late slot. Mixes from both have just been added to my SoundCloud page and are now available to download. The first is the full two hour recording from the Wow!, the second is the majority of my appearance at the NYC Downlow (missed the opening 15 minutes because I was trying to sort out a problem with my reel-to-reel).

There are also a couple of clips up on YouTube, including this fabulous bit of footage of the ‘Tranny Slide’ from the divinely discotastic NYC Downlow (from those first 15 mins I missed on the recording – you can even see me banging the Revox in an effort to get it working properly), plus the latter stages from Wow! where I came on to an audience of no more than thirty people, wondering if the miserable muddy weather had caused everyone to stay put where they were, but no fear, for I finished off feeling the warmth of a full marquee :

All in all in quite a day and although I might have wished for better weather, I couldn’t have hoped for a better Glastonbury experience. In fact scrub that first bit, the mud and mayhem actually made it all the more special.

Anita, Charlotte, Jack, Laura, Maz and Tim, glad you all had a ball – thanks to everyone from Wow! and Downlow for looking after us all so well, and in such testing conditions.