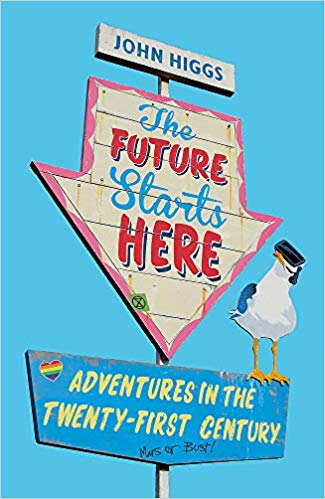 There’s not much more I can say about John Higgs. He’s been a constant source of cerebral nourishment and emotional resonance during these past 5 years, since I read his cult-classic ‘The KLF: Chaos, Magic & The Band Who Burned A Million Pounds’ (2013). I’ve since been enlightened and entertained by his subsequent books, ‘Stranger Than We Can Imagine: Making Sense Of The Twentieth Century’ (2015) and ‘Watling Street: Travels Through Britain And Its Ever-Present Past’ (2017). John has a wonderful way of viewing history and culture, making many connections generally missed – I wrote more in depth about this in a piece about John and his work, when ‘Stranger Than We Can Imagine’ was published, called ‘Culture Reconstructor’:
https://blog.gregwilson.co.uk/2015/09/john-higgs-culture-reconstructor/

His new book, ‘The Future Starts Here: Adventures In The Twenty-First Century’, published today by W&N,  continues on from ‘Stranger Than We Can Imagine’ and its 20th century musings, moving out into the century now unfolding, countering the dystopian narrative, that’s generally thrust upon our thoughts of the future by the various media we encounter, in favour of a much more hopeful and holistic tomorrow that makes better sense of the metamodern world in which we reside.

The book, as ever with John, covers a whole array of areas, including artificial intelligence and increasing automation, virtual reality, Elon Musk and his quest to colonise Mars, Gene Roddenberry and his Star Trek trials and tribulations, the dopamine highs and lows of social media, news avoidance, gender issues, nature and the ecology, Basic Income and the shift beyond the individual – oh, and I definitely learnt that you should never cross an octopus! John dispels some of the dystopian myths, realigning our perspective and enabling, via the facts he points out and the arguments put forward by his various interviewees, a fresh balance to what’s ahead, thus dampening down the antiutopian pessimism with a range of ideas that could very much benefit both people and the planet we live on. 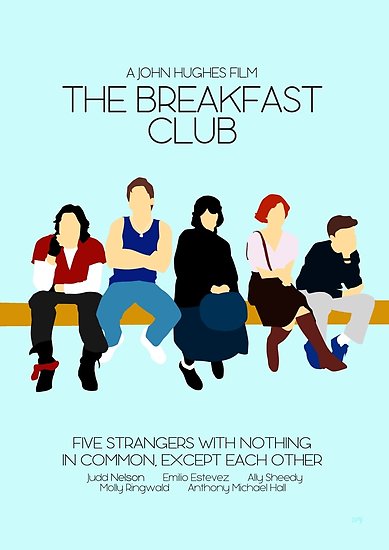 One main theme of particular fascination is the relationship between the different generations – Baby Boomers (mid-‘40s to mid ‘60s), Generation X (mid-‘60s to early-‘80s), Millennials or Generation Y (early-‘80s-mid-‘90s) and Post-Millennials or Generation Z (mid-‘90s to early-‘10s). John brilliantly illustrates this in first part of the chapter ‘The Metamodern Generation’, showing us how things can be perceived so differently by separate generations, in this case 30 years apart, pitting Generation X’s sense of the individual against Generation Z’s ‘empathetic emotional intelligence’. His example was the 1985 John Hughes movie, ‘The Breakfast Club’, which was added to the United States National Film Registry in 2016, recognised as being ‘culturally, historically, or aesthetically significant’, telling the tale of 5 students and their assistant principle during an all-day detention. I won’t go into it any further as John has been so kind as to let us reproduce this extract over at Super Weird Substance, under the title of ‘Generation Z & The Breakfast Club:
http://www.superweirdsubstance.com/john-higgs-generation-z-the-breakfast-club/ 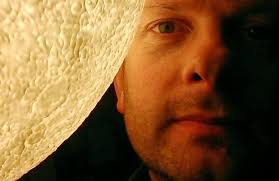 As I’ve said before, John has such an easy style, but his words are laced with depth and meaning – a potent combination when it comes to discussing important ideas without over-intellectualising. Apart from the reading, get to see him if you can, his talks are always riveting. He’ll be launching the book in Liverpool on May 23rd, so I look forward to catching that – hosted by the Liverpool Arts Lab at Static Trading Co, the last of the tickets are available here on a pay what you decide basis:
https://www.eventbrite.co.uk/e/john-higgs-the-future-starts-here-liverpool-book-launch-tickets-59320142142

3 Responses to The Future Starts Here