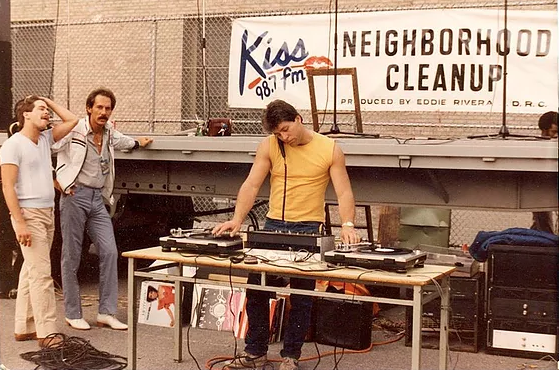 I received a copy of the new Late Nite Tuff Guy remix 12” through the post recently. Issued by Salsoul, the classic New York label that unleashed numerous dancefloor gems between 1974-84, including the very first commercially available 12”, ‘Ten Percent’ by Double Exposure (1976). LNTG’s 12” included another Double Exposure favourite, ‘Everyman’, plus ‘Dr Love’ by First Choice, both of which have been huge for me, having received digital copies in the last couple of years – ‘Everyman’ topping my ’20 Choice Edits & Reworks’ selection for 2017, whilst ‘Dr Love’ featured on the 2016 list:
https://blog.gregwilson.co.uk/2017/12/20-choice-edits-reworks-2017/ 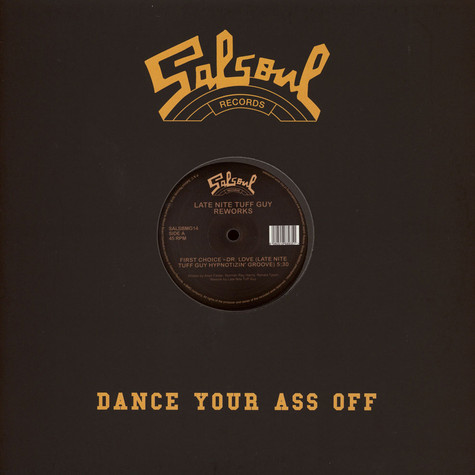 Complete with a further First Choice rework, ‘Love Having You Around’, the release cements LNTG’s (aka Cam Bianchetti) reputation as a leading contemporary remixer. Which brings me onto a second item enclosed in the package delivered by my postman that day, a twin vinyl album highlighting the work of one of the great remixers of the early-‘80s, Shep Pettibone. 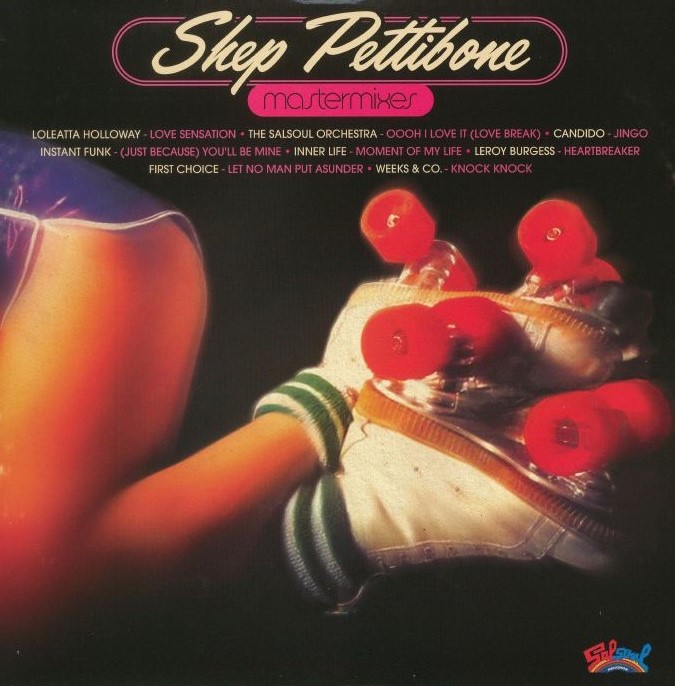 ‘Shep Pettibone Mastermixes’, brings together a number of remixes issued on Salsoul during 1982/83, when Pettibone, along with the likes of Larry Levan, Jellybean Benitez, François Kevorkian, Nick Martinelli & David Todd, Tee Scott, Tony Humphries and John Morales & Sergio Munzibai, was right at the vanguard of remixing. He’d subsequently emerge from the dance underground and would eventually take a more mainstream direction, working with artists including Janet Jackson, New Order, Pet Shop Boys, George Michael, Whitney Houston and, most spectacularly, Madonna, for whom he received production/mix credits on tracks including ‘Vogue’, ‘Like A Prayer’, ‘Causing A Commotion’, Express Yourself’ and ‘Justify My Love’.

Whilst his later work brought him well deserved recognition, it’s his earlier output that provides the main source of fascination for me, having played his innovative early-‘80s remixes on import in ‘82/’83, whilst gaining major inspiration from the Prelude album ’98.7 KISS FM Mastermixes’, which, in 1982, showcased the work Pettibone was doing on his radio show, broadcast on the then essential New York dance station. A second Prelude ‘Mastermixes’ album would be issued in 1983, Pettibone joined this time by fellow KISS DJ Tony Humphries, famed for his Newark Zanzibar residency, who he’d given his break on the station. 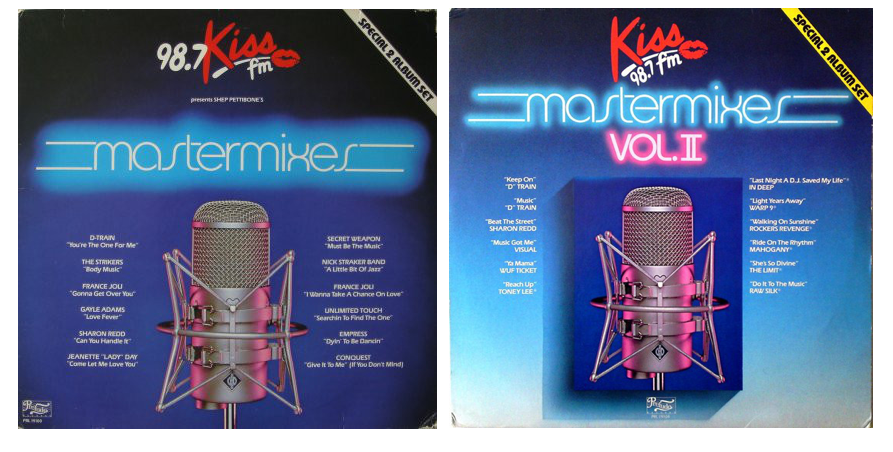 The new Salsoul compilation features 8 of Pettibone’s mastermixes, including reworks of much-loved tracks like ‘Love Sensation’ by Loleatta Holloway, The Salsoul Orchestra ‘Ooh, I Love It (Love Break)’ (misspelt here as ‘Oooh, I Love It), ‘Jingo’ by Candido and ‘Let No Man Put Asunder’ by First Choice. On a personal level, I’d have undoubtedly included an Aurra remix, either ‘Such A Feeling’ or ‘Baby Love’, and, instead of ‘Knock Knock’, my Weeks & Co choice would have been ‘If You’re Looking For Fun’ (Master Dub Version), but that’s just my own subjective opinion. What is conspicuous by its absence is the lack of any sleeve notes, which you’d expect in order to bring context to Pettibone’s legacy. Earlier this year I blogged about the compilation ‘Can You Feel The Force?’, a retrospective of John Luongo’s pioneering remix work in the late-‘70s / early-‘80s, which included a marvellous set of sleeve notes that served to enhance the package, background details for each of the tracks highlighted:
https://blog.gregwilson.co.uk/2017/11/john-luongo-disco-legend/

So, whilst on the one hand its great to see Shep Pettibone’s name, and specifically his early-‘80s output, brought into greater focus, I just think that a little more care and attention to detail might have been afforded to the release in order to bring the necessary gravitas to his work, outlining the years in which these tracks were remixed, and its hybrid importance to the developing dance culture in this pre-House period (Salsoul regarded as a key influence on the emergence of House in Chicago, Pettibone’s updated versions of Salsoul favourites an undoubted bridge). 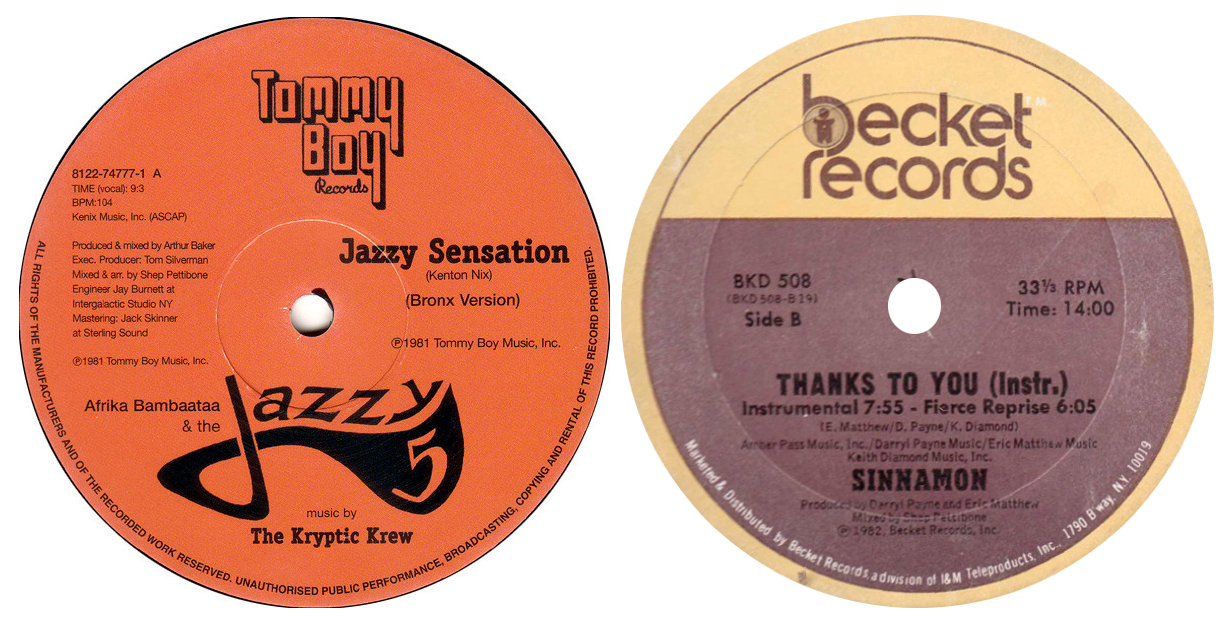 Shep Pettibone first came to local attention working part-time for New York radio station WBLS, winning recognition for his ‘supermixes’ in 1980, when he was 22, and championed by iconic DJ Frankie Crocker before he started out on his KISS adventure. His breakthough mix on vinyl was ‘Jazzy Sensation’, a 1981 Arthur Baker produced underground favourite for the then fledgling Tommy Boy label (pre-‘Planet Rock’), with Afrika Bambaataa & The Jazzy 5 credited on one side and The Kryptic Krew on the other. He’d then put a major marker down the following year, mixing one of the biggest club tracks of ‘82, ‘Thanks To You’ by Sinnamon, where he took up the baton from François Kevorkian (D Train’s ‘You’re The One For Me’) and Larry Levan (Peech Boys ‘Don’t Make Me Wait’) to pursue the dubwise approach that provided a major development for dance music during the era.

With the first KISS compilation enhancing his status, he’d follow in the footsteps of a trio of fabled figures, Tom Moulton, Walter Gibbons and Larry Levan, as Salsoul’s favoured remix exponent. When I compiled the unreleased ‘Electrophonic Beats, Dubby Mixes & Black Underground Flavas’ for Salsoul (when the label was licensed to Suss’d in the mid-‘00s), Pettibone’s mixes dominated, with both ‘Such A Feeling’ and ‘Baby Love’ by Aurra, Weeks & Co ‘If You’re Looking For Fun’, Sly Cabell’s ‘Feeling Fine’, ‘Heartbreaker’ by Leroy Burgess and Instant Funk’s ‘(Just Because) You’ll Be Mine’ making up two-thirds of the tracklisting.

Pettibone has always shied away from interviews, his only recent one concerning his work with Madonna, published by Billboard in 2015. Nowadays he owns the Empress Hotel in New Jersey, which houses the Paradise Nightclub. 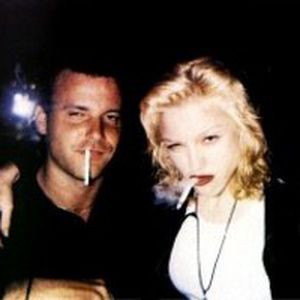 (*added-on 23.05.18) I’ve since heard from Simon Dawson at BMG, who look after the Salsoul label, he explained with regards to the lack of sleeve notes; ‘Shep happily supplied and approved the track list and wrote a few words on the back of the sleeve but didn’t want to add too much more, hence just a small collection of his Salsoul work in a neat little package’.

4 Responses to Shep Pettibone – The Mastermixer