By Greg Wilson on December 4, 2017 in DJ Appearances, Remixes / Edits 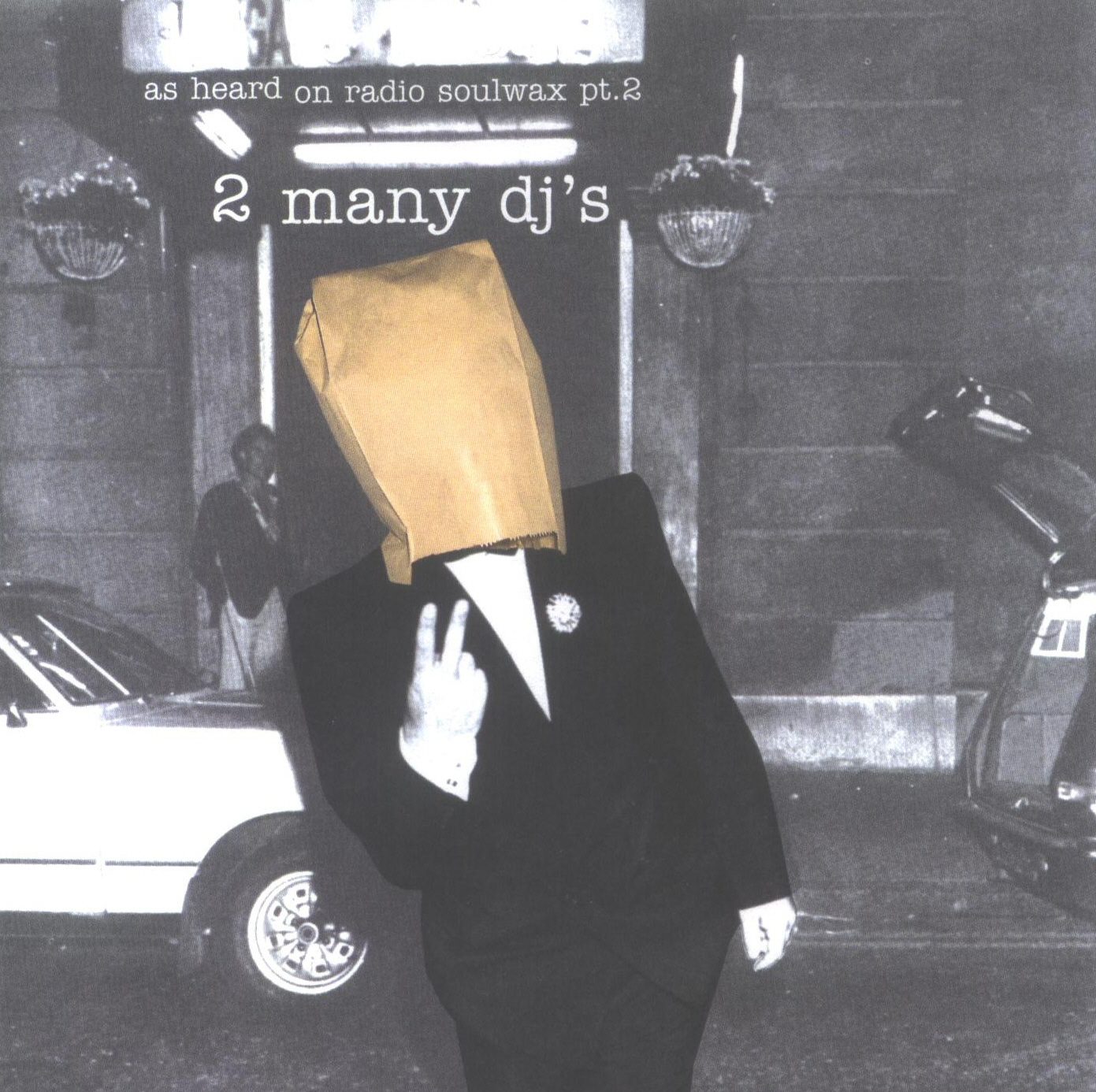 This Saturday I’m back on my home patch at The Underground in Liverpool for a Freeze event playing alongside Belgian brothers Steven and David Dewaele, aka 2ManyDJs, who also make up two thirds of the band Soulwax. All the info here:
https://www.skiddle.com/whats-on/Liverpool/Underground-Liverpool/Freeze-presents-2manydjs-Greg-Wilson-plus-more/13081545/

It was in 2002, the year before I started out DJing again, that I first came across 2ManyDJs via a friend, Chris Shannon, who brought around a CD copy of ‘As Heard On Radio Soulwax Pt. 2’. It was one of two mixes I’ve heard during my life that literally stunned me, throwing my mind into all sorts of questions about the sonic sorcery that shocked my ears.

I got hold of a copy asap. The cover itself is a classic – a man in a dinner suit leaning oddly to one side on a street with a brown paper bag over his head, whilst sticking up 2 fingers to the camera. The man is actually a drunken Elton John leaving a club. Designer Marc Meulemans added the paper bag in an attempt to avoid copyright issues, but photographer Richard Young objected, leading Meulemans to take the photo and tippex out everything apart from the paper bag and the artist name and title.

Once you press play there’s no messing around, it’s straight in with the fanfare, ‘70s Prog Rock exponents Emerson Lake & Palmer striking up with ‘Peter Gunn’, whilst Basement Jaxx are mashed-up over the top asking ‘Where’s Your Head At?’. No sooner have you acclimatized to that aural assault than Peaches appears all guns blazing, whilst an unmistakeable guitar can soon be heard, and you’re there on the corner of Lexington ‘Waiting For The Man’ with The Velvet Underground. And that’s just the first few minutes – for the next hour you can strap yourself in, as you’re on a rollercoaster of groove and electronica. Sheer madness, but it all works – and what’s more, the musicality of the mix can’t fail to impress, this is some serious shit.

Apart from thinking ‘how did they do this?’, I also wondered ‘how did they license all this?’. I initially thought it must be a bootleg, but no, it was all official. I’ve since realised that licencing from Belgium was probably the key to this conundrum, where the fees wouldn’t be as restrictive as licencing from the UK. 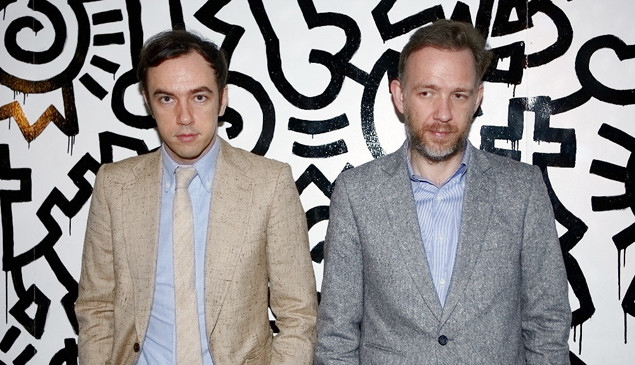 It’s a truly phenomenal mix, sheer creative cheek, and the reaction it received bore this out. Lord knows how many copies of this have been sold / burnt / downloaded around the globe. Even David Bowie was a big fan, inviting them to a TV interview and waxing lyrical about their ‘dynamite combinations’ in a couple of publications. The New York Times named it their album of the year.

In 2014 Soulwax uploaded the album with accompanying visuals, referencing the sleeves of the records used in the mix for a brilliant video representation. They offered some thoughts on the album’s legacy:

“We’ve decided to end this crazy beautiful experiment called RSWX with the album that started the whole trip and was the unexpected gift that kept on giving. While we watched it from the sideline lead a life of its own, unintentionally capturing a zeitgeist and becoming that weird thing that is an underground hit via word of mouth, we had already continued on many other musical ventures and have never really looked back until now, but we’re glad we have, as it’s a fitting way to end this project based on sharing (a small part of) our record collection. We’d like to thank everyone involved from the animators to the coders and everyone in between who worked their asses of to make this labour of love a reality, but of course especially the viewers (or listeners if you will). Your massive response and attention has almost bankrupted us in bandwidth costs but it was totally worth it!

Not everyone was into the album though, when I interviewed Dave Clarke in 2004 for my electrofunkroots site he was unequivocal in his disdain of the content: “Anyone can be clever and mix Dolly Parton with shit, but I don’t want to hear Dolly Parton in a fucking club. I really don’t. I don’t care how clever it’s done, I don’t care if it’s done with the best quantization in the world on Blu-Ray DVD, amazing technicality shit. I just don’t wanna hear it. For me it’s not big and it’s not clever. I mean, technically, the whole album is very, very clever, but I don’t want to hear that sort of shit anywhere.”

Horses for courses I felt – the album certainly did it, and still does it for me, mixing the familiar with unknown exotica, bringing to the fore artists and records previously obscure, not least ‘Danger! High Voltage’ by Electric Six, which would subsequently reach #2 on the UK chart. 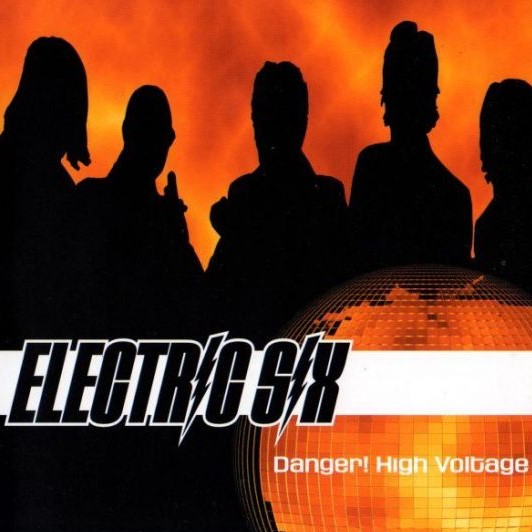 Their juxtaposition of Salt ‘n’ Pepper with The Stooges, and especially Destiny’s Child with 10cc had a direct influence on my own subsequent mash-up of Missy Elliot with Imagination (via PM Dawn), ‘Gotta Keep Workin’ It’. I also found the freedom of their choices impressive, and can be satisfied that I’ve found a similar free-spiritedness to the music I’ve been able to bring to the party since returning – not restricted to one genre, linking past and present, fusing the familiar with the not so. Although, of course, coming from more of a black music background my musical trajectory is different.

I met one of the brothers, I can’t remember which, at what was my first European gig following my comeback, at Weekend in Berlin in 2005. I remember being surprised that he knew who I was, and telling him that the mix had made a massive impression on me. 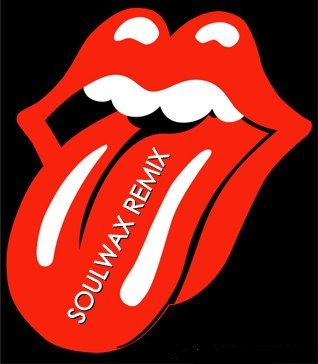 Not on the album, but a key track for me over the past decade has been the Soulwax take on ‘You Can’t Always Get What You Want’ by The Rolling Stones. Now that’s what a remix is all about for me, respectfully bringing a classic song bang up to date and breathing life into it for a whole new audience. It’s popped up in my playlists many times since I was sent a promo in 2008, most recently as the opener at my #RAWday gig in Santa Cruz last July:
https://soundcloud.com/super-weird-substance/greg-wilson-rawday-the-museum-of-art-history-santa-cruz-230717 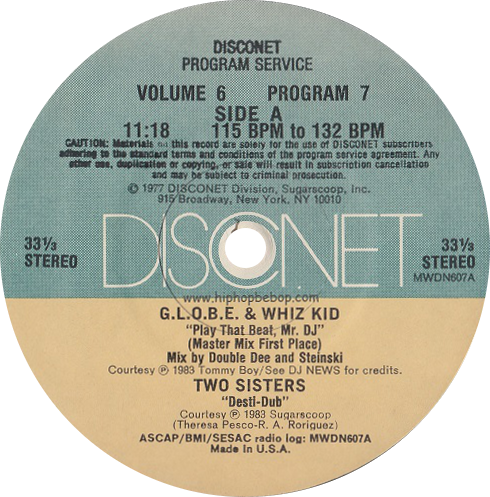 Oh, I should conclude by telling you that the other mix that stopped me in my tracks was Double Dee & Steinski’s ‘Play That Beat Mr DJ’ mix, which won a competition held by New York DJ only label Disconet at the end of 1983, just as I was about to retire from DJing first time around. It set the standard for cut ‘n’ paste, taking a Tommy Boy release, ‘Play That Beat Mr DJ’ by G.L.O.B.E & Whiz Kid (2 of the members of Afrika Bambaataa’s Soul Sonic Force), which had been massive for me in Wigan and Manchester. They’d worked in a whole menagerie of samples from a diversity of sources, including Little Richard, The Supremes, Culture Club, Humphrey Bogart (from the film ‘Casablanca’) and former New York Mayor, Fiorello La Guardia. From the countdown intro to the enigmatic ‘say children, what does it all mean?’ conclusion, it was nothing short of a revelation. It would become better known as ‘Lesson 1’ (aka ‘The Payoff Mix’):
http://youtu.be/eWV5t1SgVj0 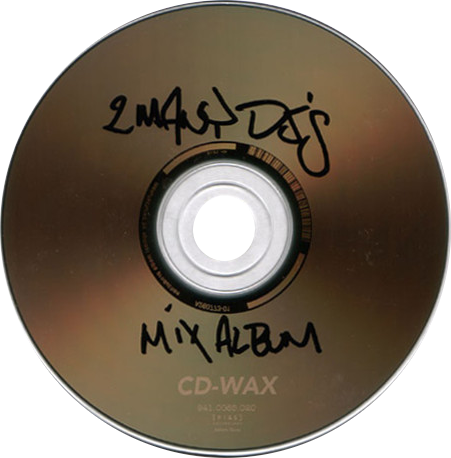 One Response to 2ManyDJs – Guardians Of The Incomprehensible Maze