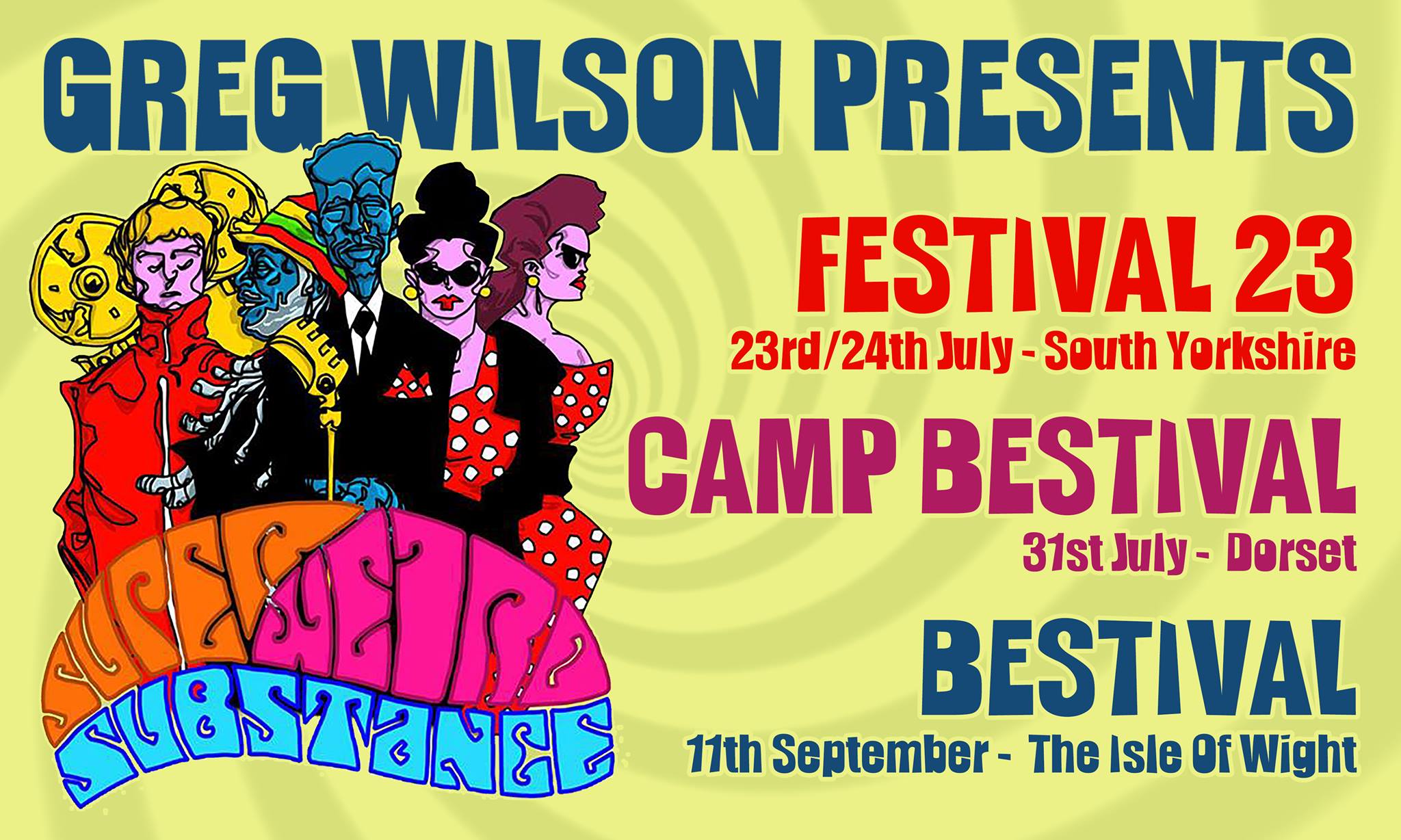 A trio of special festival appearances to flag up this summer, where, apart from doing my normal DJ stint, some of the artists on Super Weird Substance will also be featured – Kermit Leveridge, The Reynolds and the Reverend Cleve Freckleton – under the banner of Greg Wilson Presents Super Weird Substance, following on from the album we released late last year:
http://www.superweirdsubstance.com/swscd001-greg-wilson-presents-super-weird-substance

We did a hush hush appearance at a great little private festival in East Grinstead last weekend (minus Cleve) and we’re really happy with how the whole thing flowed. We’re now looking forward to its full debut next weekend at Festival 23 in South Yorks. As I’ve been saying all along, 23 is a festival with a difference – its discordian spirit bringing together a whole spectrum of artists and adepts to share the weekend and ‘find the others’:
http://www.superweirdsubstance.com/embracing-chaos-discordianism-counterculture

I’ll be DJing on the Saturday night, with the Super Weird crew on stage the following afternoon. More here:
http://festival23.org.uk/the-experience-2

Next up will be Camp Bestival in Dorset the following Sunday (July 31st), where we’ll be closing the Bollywood tent. Then its on to the Isle Of Wight and Bestival on Sept 11th – I’ll tell you more about this later down the line, but we‘re excited to be curating ‘Super Weird In The Woods’, again on the Sunday of the festival (Sept 11th).

Despite a truly incredible day in Portmeirion at No 6 last September, staging full scale Happenings in a festival environment has proved to be a little over ambitious for now, the costs incurred restrictive, but we intend to get back to this extended format in due course. 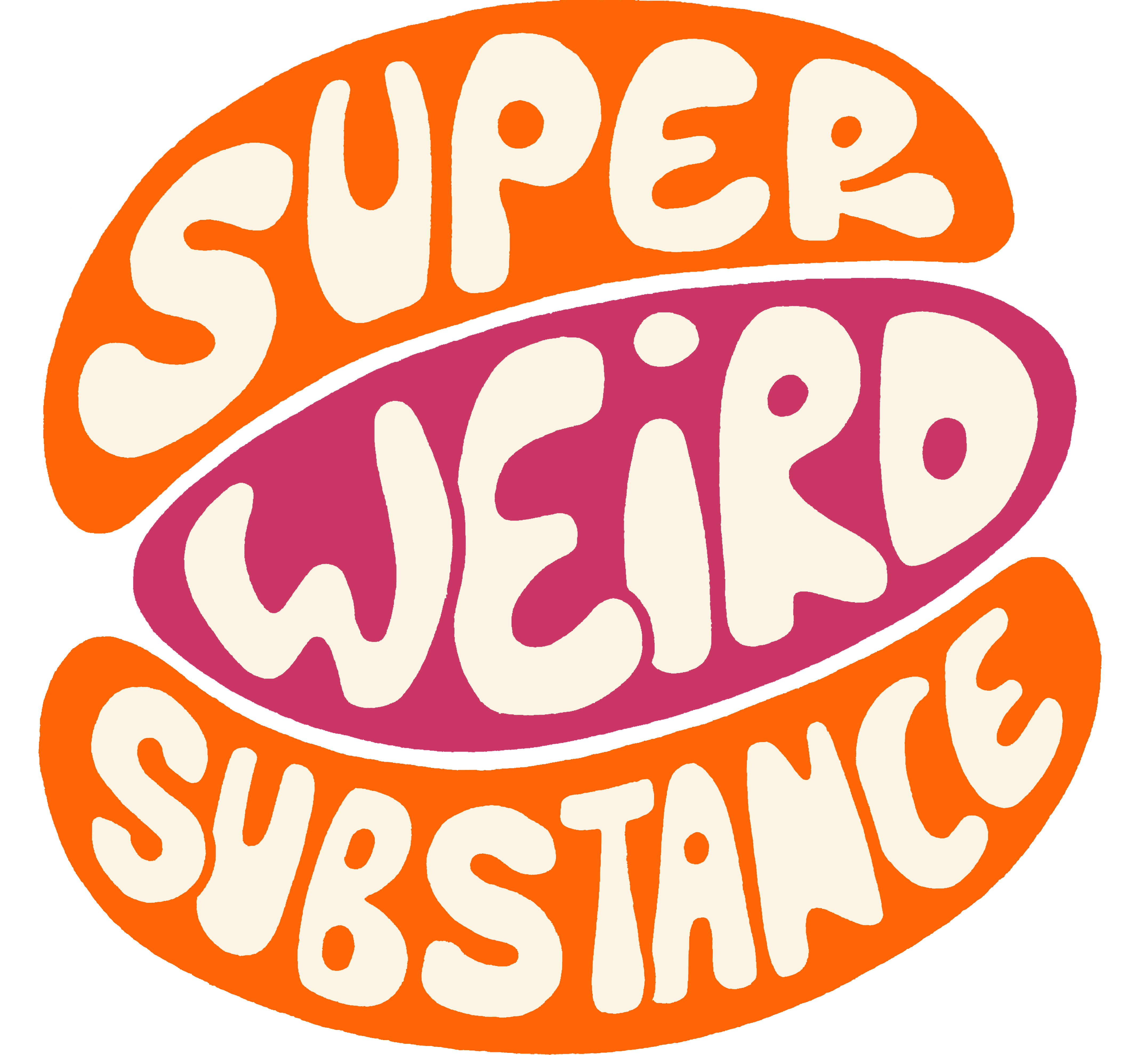 Thanks to Mal Earl for GW Presents SWS illustration.