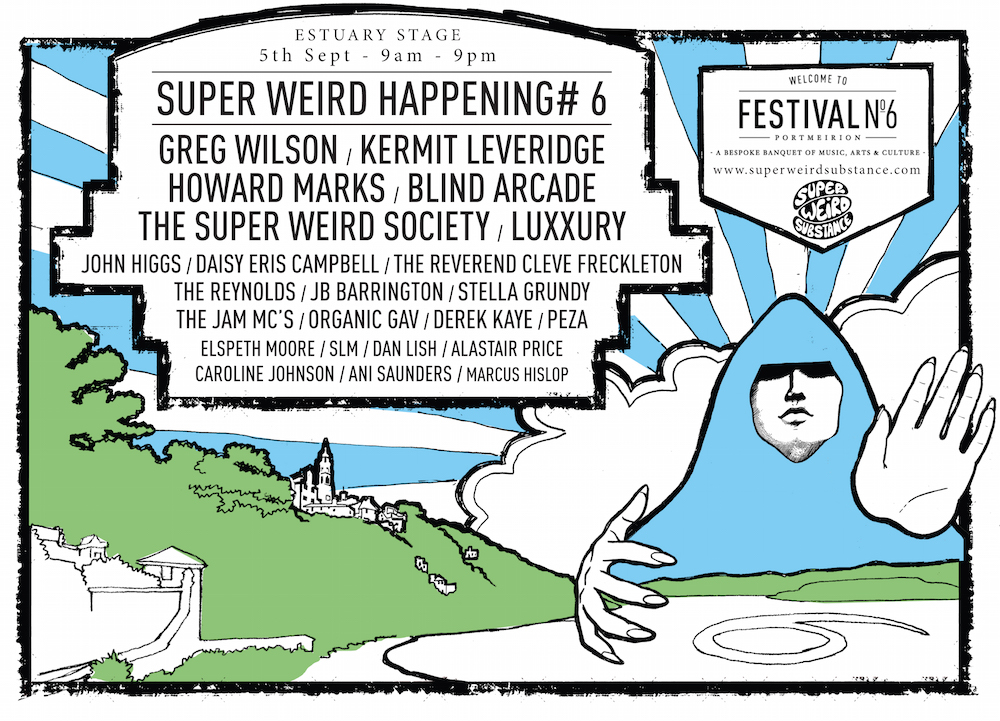 Just a week to go until one of my favourite festivals – tucked away on the North Wales coast in a magical village like no other. Famous as the location for the classic ’60s TV show ‘The Prisoner’, Portmeirion is a place plucked out of the imagination.

This year is extra special for us because we’re hosting a 12 hour Super Weird Happening at the Estuary Stage on the banks of the River Dwyryd at the foot of The Village on the Saturday. Super Weird Substance, which was launched as a record label earlier this year, is currently in the process of releasing a series of 8 singles ahead of a CD album compilation in November – for the Happening we widen our scope, taking in art, spoken word and live performance, in addition to music. 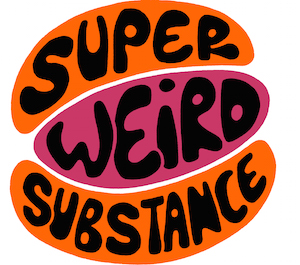 The day kicks off for us nice and early, at 9am, when Organic Gav Kendrick brings together a group of well-being practitioners for a Super Weird Sunrise until midday, this includes yoga, song, ecstatic dance and healing workshops, whilst face painting is also available to those with kids. Gav and SWS label manager Josh Ray will provide the tunes.

We then move into the talks section, starting with 2 people we’ve become massive fans of – Daisy Eris Campbell, whose stage production of Robert Anton Wilson’s ‘Cosmic Trigger’ blew us away last year when it made it’s debut in Liverpool, and John Higgs, the author of ‘The KLF: Chaos, Magic And The Band Who Burned A Million Pounds’, an essential read, and now a brilliant new book, ‘Stranger Than We Can Imagine – Making Sense Of The 20th Century’ (blog post about this to follow in a few days).

Singer / actress Stella Grundy will then perform a section from her acclaimed stage production ‘The Rise And Fall Of A Northern Star’, whilst Salford poet JB Barrington will treat us to a recital of his distinctive urban verse. 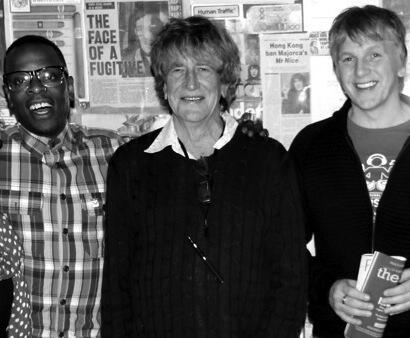 We then welcome Mr Nice himself, ex-international cannabis smuggler, countercultural icon and bestselling writer, Howard Marks. Howard was to have joined us for the initial Happenings last year, but was diagnosed with cancer just ahead of the tour beginning. We’re so pleased that, a year on, he’s doing really well with his treatment and is able to join us in North Wales (Howard himself hailing from Bridgend in the south of the country).

Kermit Leveridge will perform a selection of his own poems before cult Manchester duo the Jam MC’s, residents at the city’s other great (although short-lived) venue of the Rave era, Konspiracy, are the first of our afternoon DJs. 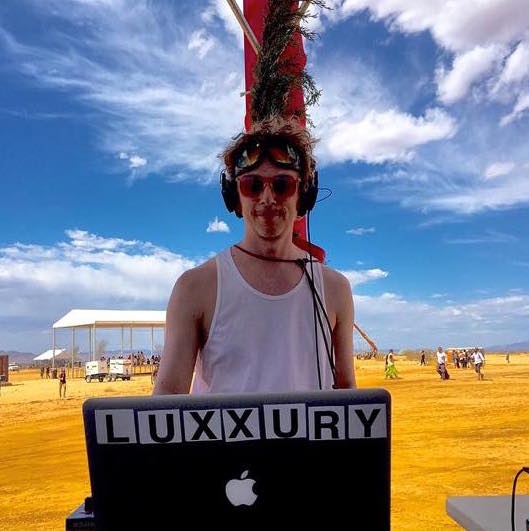 Last year I opened up my set at No.6 with Luxxury’s majestic rework of ‘Riders On The Storm’ by The Doors – it was the first time I’d ever played it out. It’s recently been made available as a free download:
https://soundcloud.com/thehouseofdisco/the-doors-riders-on-the-storm-luxxury-live-remix

This year Luxxury is over from LA as one of our guests – his sublime mix of ‘Summer Came My Way’ the first release on the label. Hopefully we’ve repaid the favor by remixing a couple of his own upcoming tracks, ‘Take It Slow’ and ‘Hold On’, adding those Reynold’s vibes to great effect, enhancing already killer tunes with that super cool West Coast Balearic Luxxury groove.

The two guys I worked with on the Luxxury remixes, Derek Kaye and Peza, both key members of our Super Weird crew, DJ back to back at 4.45pm, which takes us into the evening section and a special live performance at 5.45 from Blind Arcade & The Super Weird Society – I say special because main man Kermit has recruited Black Grape’s kick-ass band to back the collective, which, apart from Blind Arcade and his own solo project, also includes The Reynolds, The Reverend Cleve Freckleton and Sweet Tooth T, all of which have released tracks on Super Weird Substance during the summer months. Check out some great footage of the crew rehearsing two Kermit Leveridge tracks earlier this week – his cover of The Stooges ‘I Wanna Be Your Dog’, and the upcoming single ‘This Is The Last Time You See Me Here’:

I round the evening off as day moves into night, deejaying between 6.45pm and 9pm, when The Village closes down and the festival moves into the fields and the woods.

As well as all this there’ll be a posse of artists assembled by Elspeth Moore, consisting of SLM, Dan Lish, Alastair Price, Caroline Johnson, Ani Saunders and Marcus Hislop, who’ll be doing their thing live throughout the day, adding to the overall colour and creativity of the event.

Curating our own space like this is something we plan to do more of in 2016, as we hopefully move everything on up to the next level. So, in many respects, this is our showcase, enabling us to bring together friends and supporters for what amounts to our own big party in a spectacular setting. If you’re heading to No.6 I hope you take up our invitation for you to join us for what promises to be a unique day of expression and collaboration. 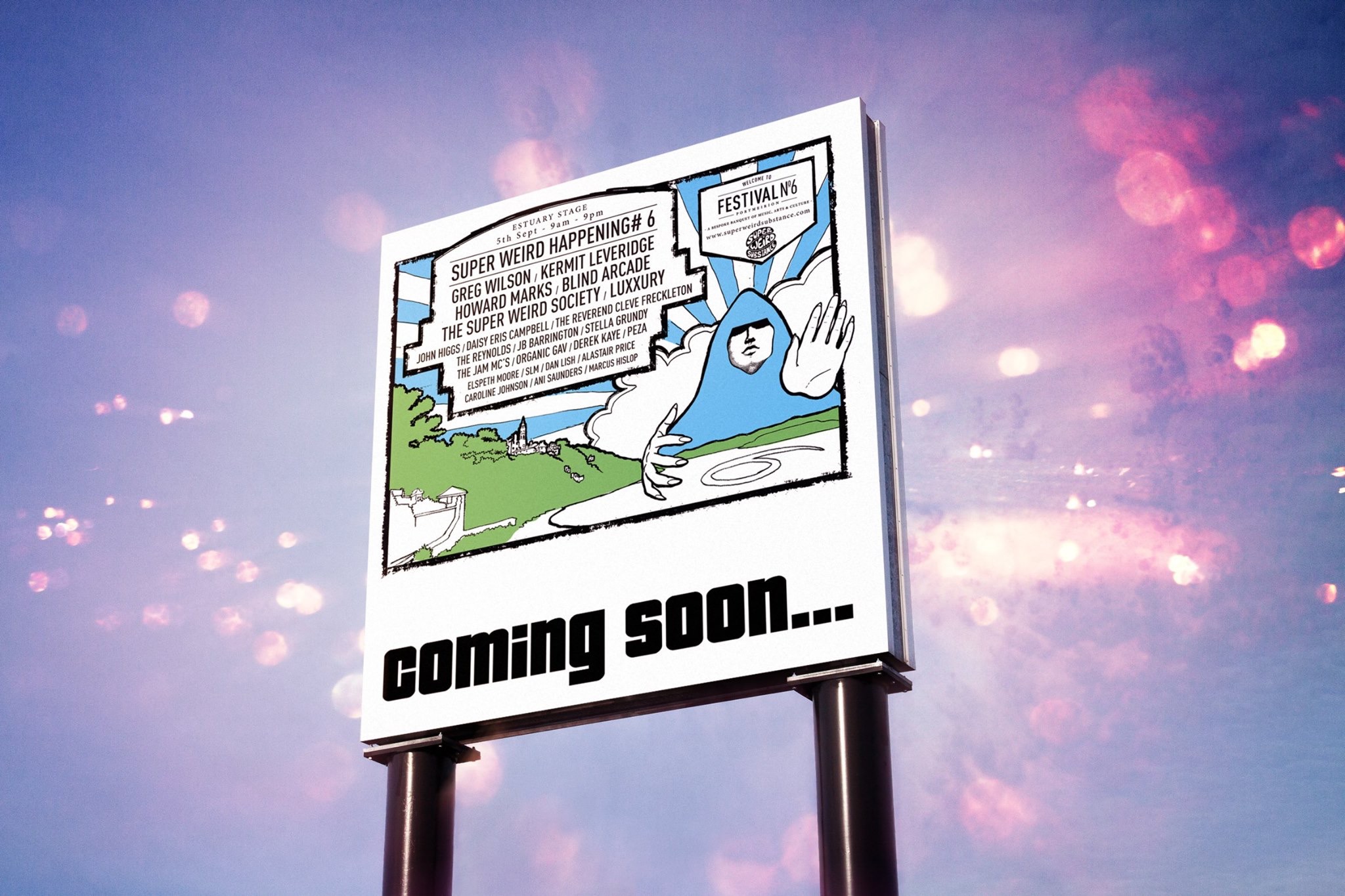