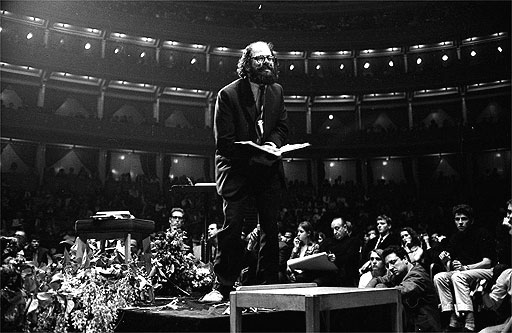 Half a century ago today a seismic cultural event took place at London’s Royal Albert Hall. The International Poetry Incarnation, with Beat poet Allen Ginsberg the guest of honour, drew over 7,000 people – bringing together formerly disparate groupings who could now, as a result of this vast gathering, see strength in numbers.

This was the event that lit the blue touch paper for the UK counterculture of the ’60s, and throughout the coming years London would take its cutting-edge role at the forefront of a whole host of new artistic directions.

Stealing the show with his poem ‘To Whom It May Concern’, condemning US action in Vietnam well before there was a general outcry about the war that was raging across the other side of the world, was London born Adrian Mitchell.

The UK counterculture grew out of the Beatnik era of the late ’50s, and the CND marches on the Atomic Weapons Establishment in Aldermaston between 1959-1963. The hippie’s emergence was just around the corner and The International Poetry Incarnation would bridge the 2 periods.

The counterculture would come to define a whole swathe of people, from the phenomenon that were The Beatles to relatively obscure Avant-Garde artists (symbolized by the meeting of John Lennon and Yoko Ono, during Ono’s exhibition at London’s Indica Gallery in 1966 – the Indica, also a bookshop, run by 3 of the leading countercultural figures, John Dunbar, Peter Asher and Barry Miles).

However, it was Paul McCartney, not Lennon, who embraced the counterculture most fervently first (although Lennon would later assume the leading role). He was then in a relationship with the actress Jane Asher – her brother was the aforementioned Peter Asher, who’d scored a #1 UK pop hit as part of Peter And Gordon, recording the Lennon / McCartney composition ‘World Without Love’ in 1964. This is highlighted in the brilliant 2013 documentary ‘Going Underground – Paul McCartney, The Beatles And The UK Counter-Culture’. 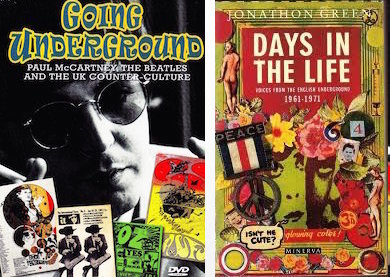 If you want to go into even more depth, one of my favourite books about the ’60s is Jonathan Green’s oral history ‘Days In The Life – Voices From The English Underground 1961-1971’ (1988) – an essential read if you’re interested in this subject.

Spoken word has enjoyed something of a renaissance during recent times. At our upcoming Super Weird Happening #6 at Festival No.6 in Portmeirion (Sept 5th) we have poetry alongside live performance, DJs and other artistic asides. One of our guests on the day, a huge countercultural figure in his own right, Howard Marks, was actually there in attendance at the Royal Albert Hall 50 years ago.

A short documentary film of the event called ‘Wholly Communion’ was made by filmmaker Peter Whitehead, which you can view online:
https://www.youtube.com/watch?v=jWdYrd_UH9E 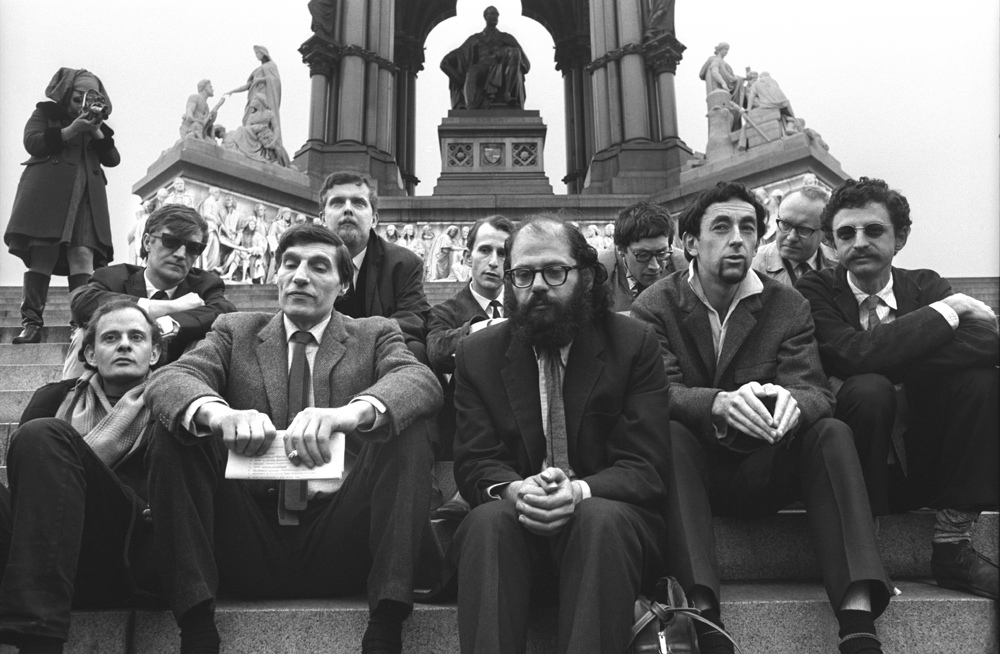