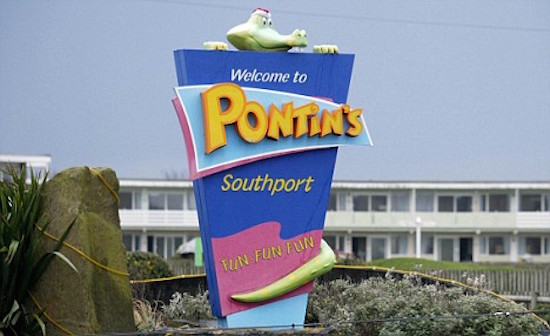 Like many in the club community, it was a shock to hear that next month’s Southport Weekender, nowadays held at Butlin’s Holiday Resort in Minehead, and attracting over 6,500 people, will be the final one. This much-loved gathering of black music enthusiasts and aficionados has run since 1987 and celebrated its 50th event only last year. ‘Rising costs and expectations’ have been given as the reason for this sudden announcement – the press statement can be read here at Resident Adviser: http://www.residentadvisor.net/news.aspx?id=28827

Founded by former Newcastle DJ Alex Lowes, the Upnorth Weekender (as it was originally called) launched near the Scottish border at a caravan park in Berwick-Upon-Tweed, Northumberland back in October 1987, just before the Acid House 2nd summer of love changed UK dance culture forever. Subsequent events were held in the Northern outposts of Fleetwood and Morecambe, before a permanent home was found at the Pontin’s holiday camp in Ainsdale near Southport, where it remained, taking place twice yearly until the event moved South, re-locating to a bigger site in Minehead just a few years ago (bar a one-off return to its Southport spiritual home last October). Its longevity has been largely down to its forward thinking approach, where it embraced the changing dance landscape rather than resisting it, placing House, back then the new kid on the block, alongside Soul, Funk, Jazz, Rare Groove, Boogie, Disco and Hip Hop as the core groove elements of the weekend, and by encouraging the new musical offsprings that grew from these fertile roots it enabled the event to constantly re-energise its audience with a solid flow of younger attendees.

Looking at that first line-up in 1987, the DJs booked harked back to a previous era, when Jazz-Funk was at the cutting-edge of black music in the late ’70s / early ’80s, and even before that, to when Northern Soul was at its height – these included Colin Curtis, Richard Searling, Bob Jones, Billy Davidson and Bob Jeffries. Whilst retaining this link with legacy from a UK perspective, the Weekender also set about booking pioneering US DJs, adding to this sense of history. However, this was balanced by the new names that had emerged on the back of the House explosion, along with upcoming DJs whose profile may be lower, but whose vibe was right.

28 years and who knows how many friendships and relationships on, it’s bound to be a deeply poignant moment for so many people when the final track is played on May 10th and the curtain is brought down on a British black music institution.

The loss of the Southport Weekender breaks a long-standing link between past and present. The original Soul Weekender at Caister in Great Yarmouth (launched in 1979) continues to go strong, but this is more of a nostalgic trip down memory lane to the era of the Soul Mafia, the southern-based DJ crew who dominated the scene back in the day. Whilst the Caister line-up has always reflected this Mafia tradition, Southport looked forward as well as back, priding itself on consistently presenting the best black music DJs from both sides of the Atlantic for the past quarter of a century – a veritable who’s who of the great and the good of the groove. This was also reflected by the bands and artists who’ve graced their stages down the years – to pick a few names out as examples would be disrespectful to so many others, so I’ll link you to the Weekender’s own list of artists and DJs who’ve appeared:
http://www.southportweekender.co.uk/past-artists-djs/

I was a latecomer to the party, making my Southport debut in The Connoisseurs’ Corner in November 2008. I’ve since been a bi-yearly regular with what’s turned out to be my final appearance being the 50th event last May, when I closed out the Beat Bar on the Saturday (or should I say Sunday morning) between 6am-8am. My two Mineheads were both the same venue and timeslot, and although I was initially concerned that I’d be playing the graveyard shift to a wearily thinning crowd, it turned out to be a choice slot, the room packed solid as this was one of the only spaces still open at that time, with everyone ready to go all the way and take it to the morning. I was very much looking forward to making this my regular spot with a hat-trick of appearances sealing the deal next year, but alas, it wasn’t meant to be. The full recording of what’s now transpired to be my Southport farewell has recently been uploaded onto the Weekender’s Mixcloud:

Although next month’s Weekender is the last, there isn’t total end of an era finality – the team behind it having little time for lament as they have to swiftly switch their attention to SuncéBeat, their Adriatic summer festival, now in its 6th year having launched back in 2010. Southport may soon be gone, but its soulful spirit will very much shine on beneath the beating hot Croatian sun.

12 Responses to The Sudden End Of The Southport Weekender