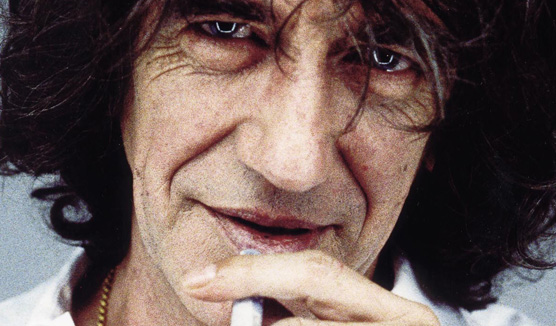 Howard Marks, one of the great British anti-heroes, has just made his struggle with cancer public via an interview in the Observer over the weekend, his condition unfortunately inoperable. The 69 year old former cannabis smuggler and author of the bestselling autobiography ‘Mr Nice’, which was subsequently made into a movie with Rhys Irfans taking the lead role, is setting up a charitable foundation – funds raised going towards Howard’s ongoing treatment, as well as the completion of a documentary about him directed by the filmmaker Sam Rowland. You can read the full Observer piece here:
http://www.theguardian.com/uk-news/2015/jan/24/howard-marks-inoperable-cancer-mr-nice

The Mr Nice Foundation will be launched via an event at the Kentish Town Forum in London on Friday February 27th, which will include Howard, Rhys Ifans, members of the Super Furry Animals with their current bands and Blind Arcade, with myself and Norman Jay DJing. Further contributions will be announced during the coming month. Tickets are available here:
http://www.ticketline.co.uk/howard-marks#tour

I’ve got to know Howard during the past 18 months via our mutual friend Kermit Leveridge (formerly of Black Grape and the Ruthless Rap Assassins), whose band, Blind Arcade, is the flagship project for my new label, Super Weird Substance. Howard appears on the Blind Arcade track ‘Universal Prayer’, reciting a biblical passage from Genesis as an ode to the green stuff:

Howard also recited Kermit’s poem, ‘Lies And Other Fools’, released as a limited 7” single for Record Store Day 2014. The poem harks back to Kermit’s heroin addiction, which so nearly killed him when he injected with a dirty needle during the Black Grape days, and ended up in a critical condition with septicemia, the infection causing serious damage when a ball of bacteria ripped off one of his heart valves, resulting in a major operation a few years ago, which, thankfully, was successful in repairing the damage, giving him a new lease of life, which has resulted in the uplifting life-affirming direction of the Blind Arcade project. Howard’s deep Welsh tones gave the recording a gravitas that perfectly compliments Kermit’s vivid word imagery. You can hear the poem here:
https://soundcloud.com/super-weird-substance/howard-marks-reads-kermit-leveridge-lies-and-other-fools

Howard graced us with his presence at a special Super Weird Substance Vinyl Happening to celebrate Record Store Day, held at Manchester’s Dry Bar last April, which turned out to be the self-same venue from which he’d done his very first Mr Nice book signing:
http://vimeo.com/96036276

When we embarked on our series of Super Weird Happenings last Autumn, taking in Manchester, Glasgow, Bristol, Liverpool and London, Howard was to have been our special guest, featuring in the talks section, as well as spinning some tunes, but just as we were about to announce the dates we received news of his illness, so these plans were thrown up in the air and replacement speakers had to be found (we were very fortunate in being able to, at extremely short notice, bring in Lemn Sissay, Steve Mason, Levanna McLean, John Higgs, Daisy Eris Campbell and Lloyd Bradley, to help fill Howard’s considerable absence).

It promises to be an emotional occasion at the Forum, Howard having made a deep impression on a great many people down the years. His friend, the actor Keith Allen (and father of Lily), summed him up perfectly, describing Howard as ‘one of the cleverest, nicest and most charming old rogues I have had the pleasure of spending time with’. I’d certainly echo that sentiment, and it will be an absolute pleasure for me to contribute to this event in celebration of a true countercultural icon.