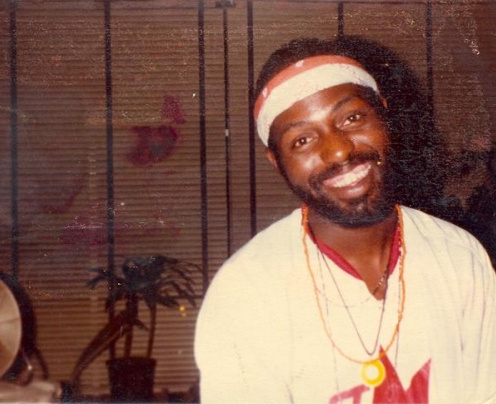 Since the news of his death broke there’s been a genuine outpouring of love for this iconic DJ from all corners of the global dance community. It’s been one of those events that has, certainly as far as the UK is concerned, stopped a generation in its tracks, illustrating how time has moved on and reminding us that we’re all getting older – the rise of House music in the mid-late ’80s plunging, in a moment, into ever-distant history, its founder DJ no longer with us.

As far as club culture is concerned, there’s no precedent to the passing of Frankie Knuckles. We’ve lost other immortals, including Larry Levan, Ron Hardy and Francis Grasso, but these were essentially underground figures in their lifetimes – it’s with hindsight that they’ve acquired wider recognition, and only then by people obsessed enough with dance music, and the cultural shifts it’s inspired, to dig deeper and learn who the innovators were. The difference here is that, with the explosion of House into mainstream consciousness back in the day, the name Frankie Knuckles became much more widely known than those mentioned above, and even people with but a passing interest in dance music were likely to have heard of him. In short, for the past quarter of a century Knuckles has been regarded as a bone-fide living legend – a DJ maestro representative of an entire culture, his death deemed front-page news by the British newspaper The Independent. 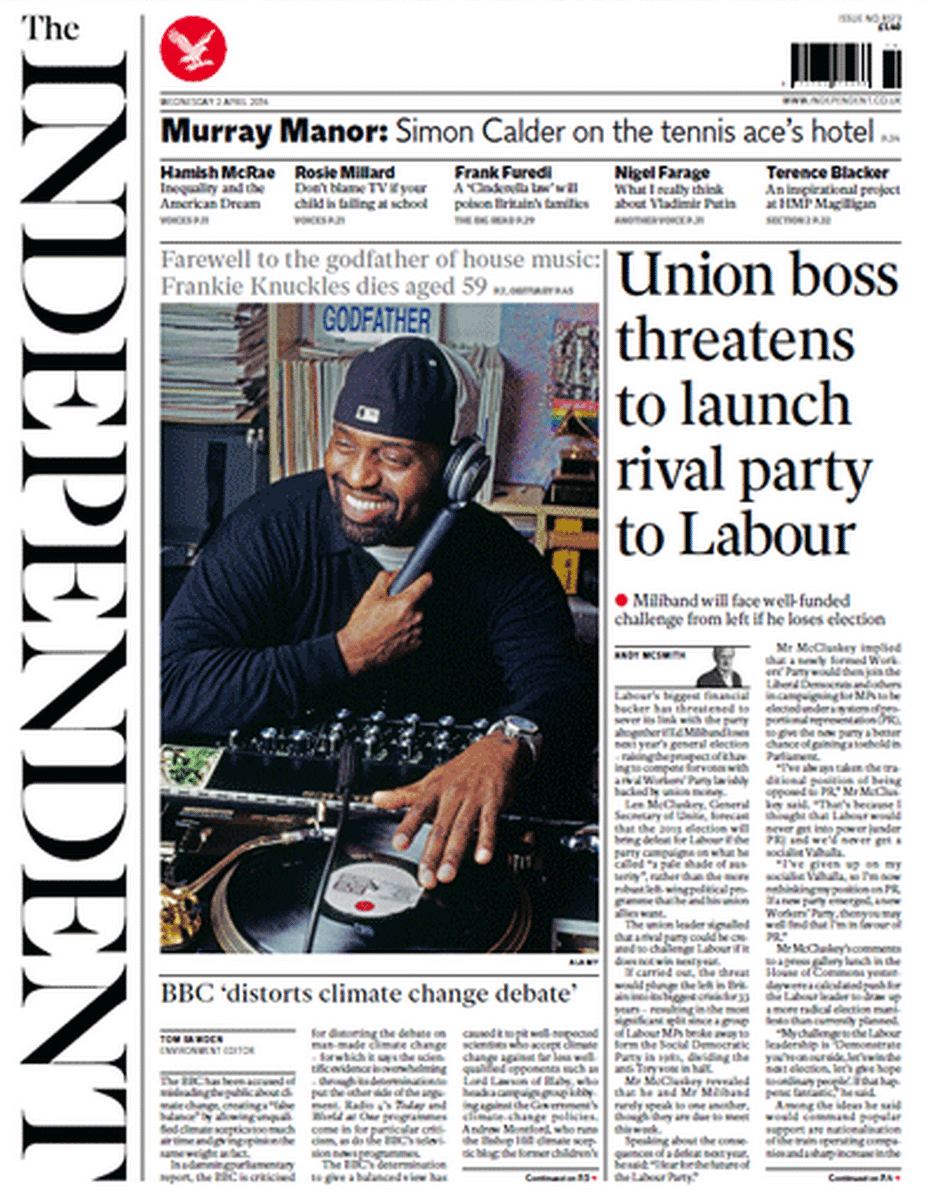 Having started out playing Soul, Funk and Disco in the mid-’70s filling in for Larry Levan, his childhood friend, at the Continental Baths, New York’s famously decadent gay bathhouse / nightspot, in 1977 he moved to Chicago to take up residency at a new club, The Warehouse, and it was here that he’d build his legend. He’d taken up the position by default, Levan having been offered the job first. However, Levan was about to embark on his own journey to DJ eminence as the guiding force behind NYC’s gamechanging Paradise Garage.

By the early ’80s the music Knuckles played at The Warehouse had gained its own category in the Chicago record shop Imports Etc, where it was racked under the shortened heading ‘House’. The seeds had been unwittingly planted for the birth of a dance music movement that continues to fill floors throughout the world to this very day – the irony being that House music (as we now define it) was never played at The Warehouse (Knuckles left in 1982, moving on to The Power Plant, whilst The Warehouse, now renamed The Music Box, hired DJ Ron Hardy, setting in motion a whole new phase for Chicago, which would serve to ensure Knuckles’ legend).

Two decades on, the city of Chicago would honour him, naming the street where The Warehouse once stood Frankie Knuckles Way, a decision backed by the then Illinois state senator, Barak Obama. Despite this, the overall appreciation for his work has been much greater in the UK, Europe and other parts of the world, than in his own country, where House music has remained largely underground.

Just a few weeks ago, Mixmag uploaded a short 7 minute film they’d put together called ‘The Origins Of House’, which features Frankie Knuckles, alongside some of his fellow Chicago legends, talking about the evolution of the music and the movement:

Famously describing House as ‘Disco’s Revenge’ in 1990, he belatedly hit back at all those who had declared Disco ‘dead’ in 1979, following on from Chicago’s infamous Comiskey Park baseball stadium record burning frenzy, a racist and homophobic outpouring of anti-Disco sentiment that had been whipped up by shock jock Steve Dahl under the banner of ‘Disco Demolition Night’.

Apart from his DJ work, Knuckles was also known for his recordings, production and remixes, charting 5 singles in the UK top 50, his most successful, ‘The Whistle Song’ in 1991, peaking at #17. The track he’ll be best remembered for wasn’t one of his own records, but Jamie Principle’s ‘Your Love’, having championed the original demo recording at The Power Plant. Knuckles not only received a production credit on the version released by the essential Chicago label Trax, but also took the artist credit by way of Frankie Knuckles Presents, Principle’s name not appearing at all. ‘Your Love’ would then take on a whole new lease of life when a spin-off mash-up that married the track with a Candi Staton acappella called ‘You Got The Love’ went huge in the underground clubs, and, via an official release in 1991 from The Source & Candi Staton, would eventually climb all the way up to #4 on the UK chart.

‘Your Love’ wasn’t a track I got to play myself until more recent times, as I’d stopped deejaying well before House exploded in Britain. I’d also missed out, first time around, on his superb downtempo remixes of Rufus & Chaka Khan’s ‘Ain’t Nobody’ (1989) and Loose Ends’ ‘Hanging On A String’ (1992), both of which would feature in my Essential Mix in 2009.

For me, Frankie Knuckles’ last great remix was for Hercules & Love Affair in 2008, on the track ‘Blind’, which features a vocal of ethereal beauty from Antony Hegarty (of Antony & The Johnson’s). Only recently I mentioned it as the inspiration behind the mix of Joan As Police Woman’s ‘Holy City’ that I’ve just done with Derek Kaye. It’s certainly one of my favourite dance tracks of the past decade, and I link it here in personal tribute to its remixer, the lyrics of the song all the more poignant in the context of his passing:

The final Frankie Knuckles gig, just 2 days before he died, was fittingly in the UK at the Ministry Of Sound, the London superclub inspired by the Paradise Garage, home of his old friend (having succumbed to his heroin addiction in the late ’80s, it was at the Ministry Of Sound that Larry Levan embarked on a successful DJ renaissance during the year prior to his death in 1992).

Whilst his physical presence will be greatly missed by family, friends and fans, Frankie Knuckles’ spiritual presence shines on, not only in the music he made and the music he played, but through the music of countless others who continue to draw their inspiration from the worldwide movement he originated, all those years ago, at 206 South Jefferson Street, Chicago. 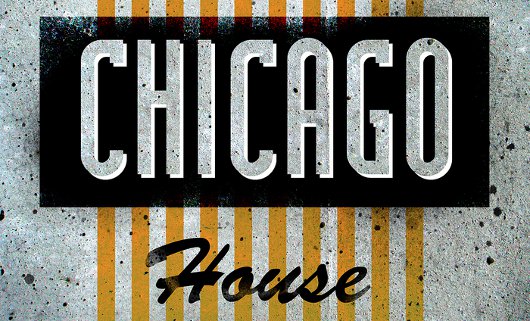