By Greg Wilson on September 18, 2013 in DJ Appearances 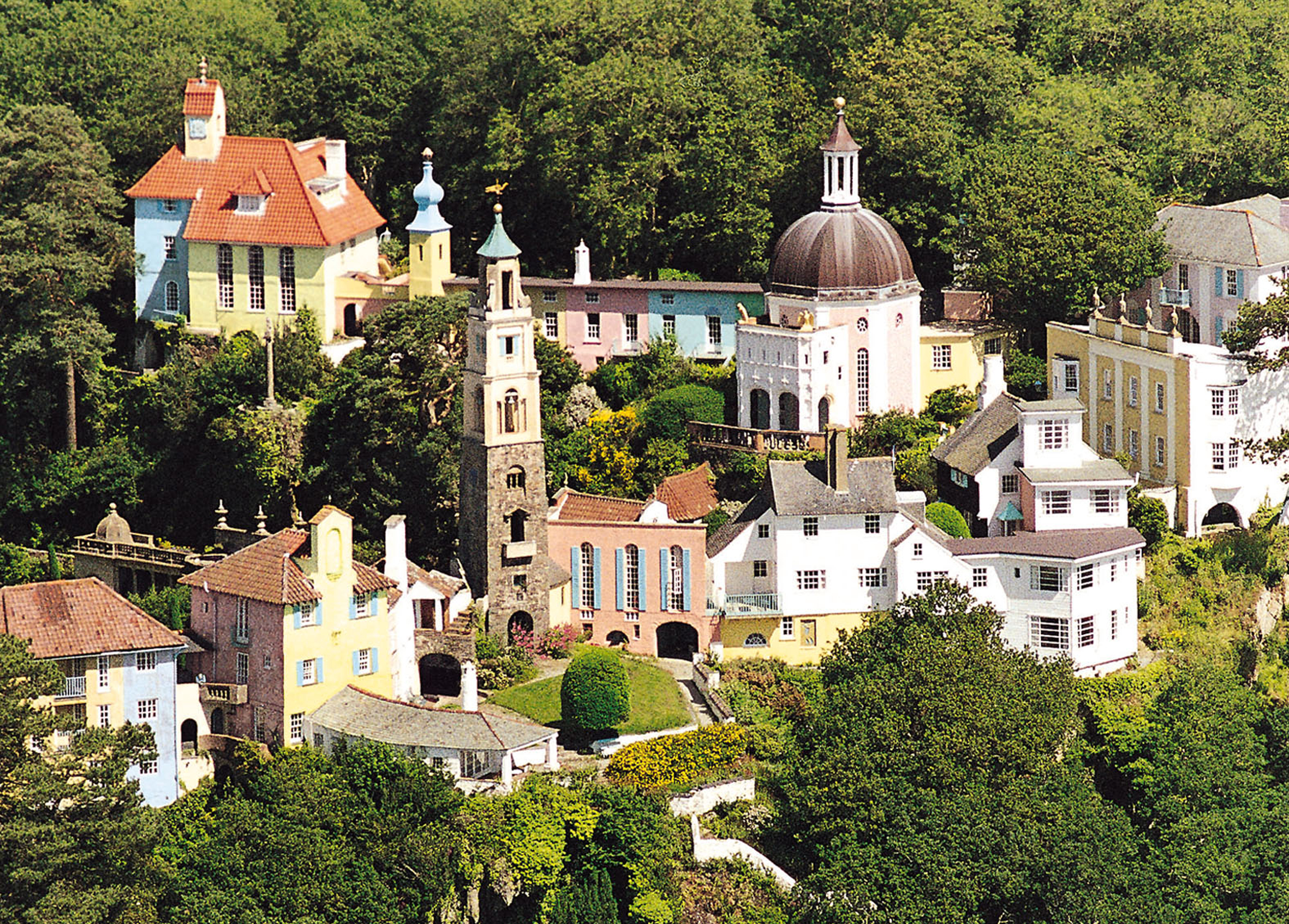 The summer officially ended for me last Saturday with my final UK festival appearance of 2013 at Festival No.6, named after Patrick McGoohan’s character in the cult ’60s TV series ‘The Prisoner’, filmed largely in Portmeirion (aka ‘The Village’), the truly wondrous Italian fantasy creation of architect Clough Williams-Ellis, who designed and built it over a 50 year period (1925 and 1975).

Set in a sensationally scenic spot tucked away on the North Wales coastline, No.6 is a festival like no other, ‘The Village’ plus the surrounding fields and woodland providing a uniquely surreal environment in which to party and peruse. I took the opportunity to spend a few days on site with friends and family, and every one of them, despite having to brave some of the less comfortable aspects of the oh so variable British weather, namely the wind and the wet, had themselves a ball.

Apart from my DJ spot on the Saturday night, I also gave a talk earlier in the day as part of the Salon No.6 programme in the Town Hall. Salon have held regular events in London since 2008, inviting specialists from the worlds of science, the arts and psychology to contribute to their insightful cultural showcases – it’s the brainchild of Juliet Russell, who’s a long-time friend, and Helen Bagnall, and this was my 2nd Salon (the first being at last year’s Standon Calling Festival in Hertfordshire).

I spoke about the 25th anniversary of the ‘Second Summer Of Love’ and events leading up to it, a subject I touched on in the recent Shoom blog post (https://blog.gregwilson.co.uk/2013/09/shoom-summer-of-love/). It was a half hour talk and passed by a lot quicker than I’d thought it would. I’m still something of a novice when it comes to public speaking, and find it really difficult to gauge time, but I managed to fit most of what I’d wanted to say in there (although you can’t help but kick yourself for the things you forget to mention). 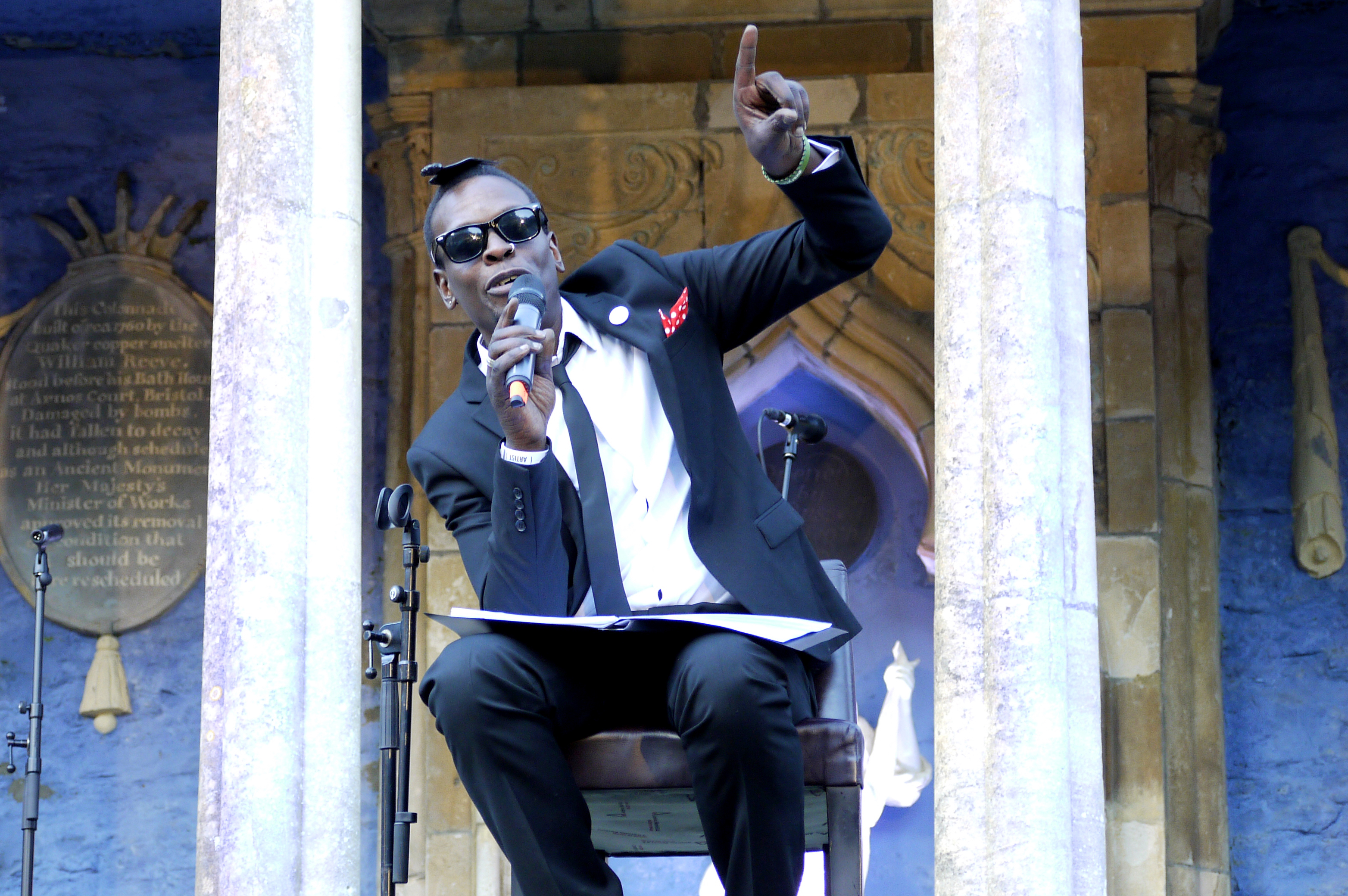 Having caught up with Bernie Connor, a one man font of musical knowledge if ever there was one, who was playing the tunes with Justin Robertson down by the seafront on the Stone Boat, later that afternoon, in the stunning surroundings of the Central Piazza I watched another old friend, Kermit (formerly of the Ruthless Rap Assassins and Black Grape) make his festival debut as a poet. He was on the bill with the great John Cooper Clarke, the Salford born ‘punk poet’, who we’d bumped into over breakfast back at our guest house that morning, my son all the more impressed by this chance occurrence given Cooper Clark’s Arctic Monkeys credentials (for the closing track of their new album, ‘AM’, they adapted his poem, ‘I Wanna Be Yours’, putting it to music). There was lots of love for Kermit, dapper in suit and tie, and he did himself proud – Tigger has got his bounce back with interest and, having made it back from the brink by the skin of his teeth, this is now a man very much on a mission – a prime example of someone who has lived to tell the tale. And it’s not that he’s moved away from music, quite the contrary – he’s back with a vengeance, bringing 2 potent new projects to the boil, Blind Arcade and The Footprint. 2014 is destined to be a big year for Kermit.

My own gig was the closing slot at the Late Night Pavilion, housed in one of the big tops. I played between 1am–3am, following on from Norman Jay and Balearic Mike, and everything was perfectly set – the environment, the audience, the overall festival itself with the stardust it emitted. I was really taken aback with the ovation I received when I’d finished, for I was aware of a major obstruction to the vibe I’d hoped could be generated in there. Before I’d gone on I was informed that noise restrictions had been imposed, and that the sound engineer was under strict instructions not to let things go above a certain level. Whilst I was on, a few people at the front of the stage managed to catch my attention to tell me it needed more volume out there, but there was nothing I could do about it – I just hoped it wasn’t spoiling peoples’ enjoyment. This is something that clearly needs addressing next year – as a DJ, you can’t help but feel frustrated, not to mention awkward, when you’re restrained to low volume, especially when you’re aware that, elsewhere on the site, earplugs had been given out to those attending the uber-loud My Bloody Valentine gig a few hours earlier. It clearly needs a re-think re the positioning of these stages to enable the extra level required.

So, given my concern that the lack of volume might transfer into a feeling of anti-climax, the crowd’s response reassured me that, in the age old British manner, people had made the best of the situation, and boogied down regardless of the Blue Meanies who were infringing on their fun. The full recording is now available to stream / download via SoundCloud – so PLAY LOUD!

You can never guarantee the weather in this country, especially in September, so Festival No.6, unless it changes to an earlier date, which I doubt is possible, will always be an event that demands you come prepared for the worst, so that when you do get a lovely day, as we did on the Saturday, it’s enjoyed as a bonus. With extreme weather conditions forecast on the Sunday, and a (bogus) rumour going around the campsites that the festival may have to be cancelled, a lot of people didn’t take the risk of sticking around and, more than happy with their experience thus, they cashed in their chips and headed home. However, as things worked out, the worst of the weather had passed by the afternoon and, as the proprietor of the guest house told me as we were checking out, any talk that the festival may be cancelled was a complete overreaction. He suggested the people who’d gotten off pretty sharpish should have given it a few hours, at which point the skies would be clear again. As it turned out, he was bob on.

I’ve no doubt that, given the tremendous goodwill the event has generated in its first 2 years, next year it’s going to be a case of get your tickets early, or you might not be able to get them at all. Festival No.6, with its family friendly vibe, is the perfect way to bring the curtain down on a summer of memorable festival appearances for me – one last blow out before Autumn begins and the cold nights close in.

Big up to all our crew (Cerri, Ché, Gav, India, Lou, Sarah, Savannah, Tim and Tracey), it was great to spend a truly spellbinding weekend with you in this enchanted environment. Also, thanks to Zoe, Daisy and the guys from ground transport for looking after us.

Finally, to all of you who’ve turned out for my festival appearances during these past 3 months or so, at Detroit Movement. Donegal Sea Sessions, Glastonbury, Croatia Garden Festival, Lovebox, Wickerman, Standon Calling, Bestival and Festival No.6 – it’s certainly been a special summer, and a pleasure to share the vibes with you all. Some of the mixes are available to stream / download here: http://soundcloud.com/gregwilson/sets/festival-appearances-2013/ 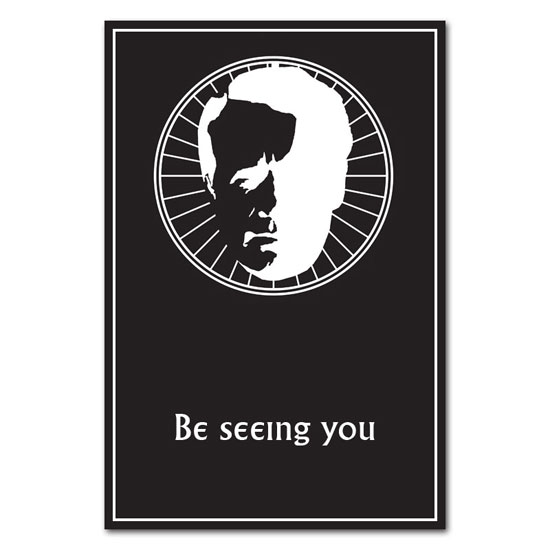 9 Responses to Festival Season Comes To A Close