By Greg Wilson on May 9, 2013 in Black Culture, Books, Disco, DJ / Club Culture, The Seventies 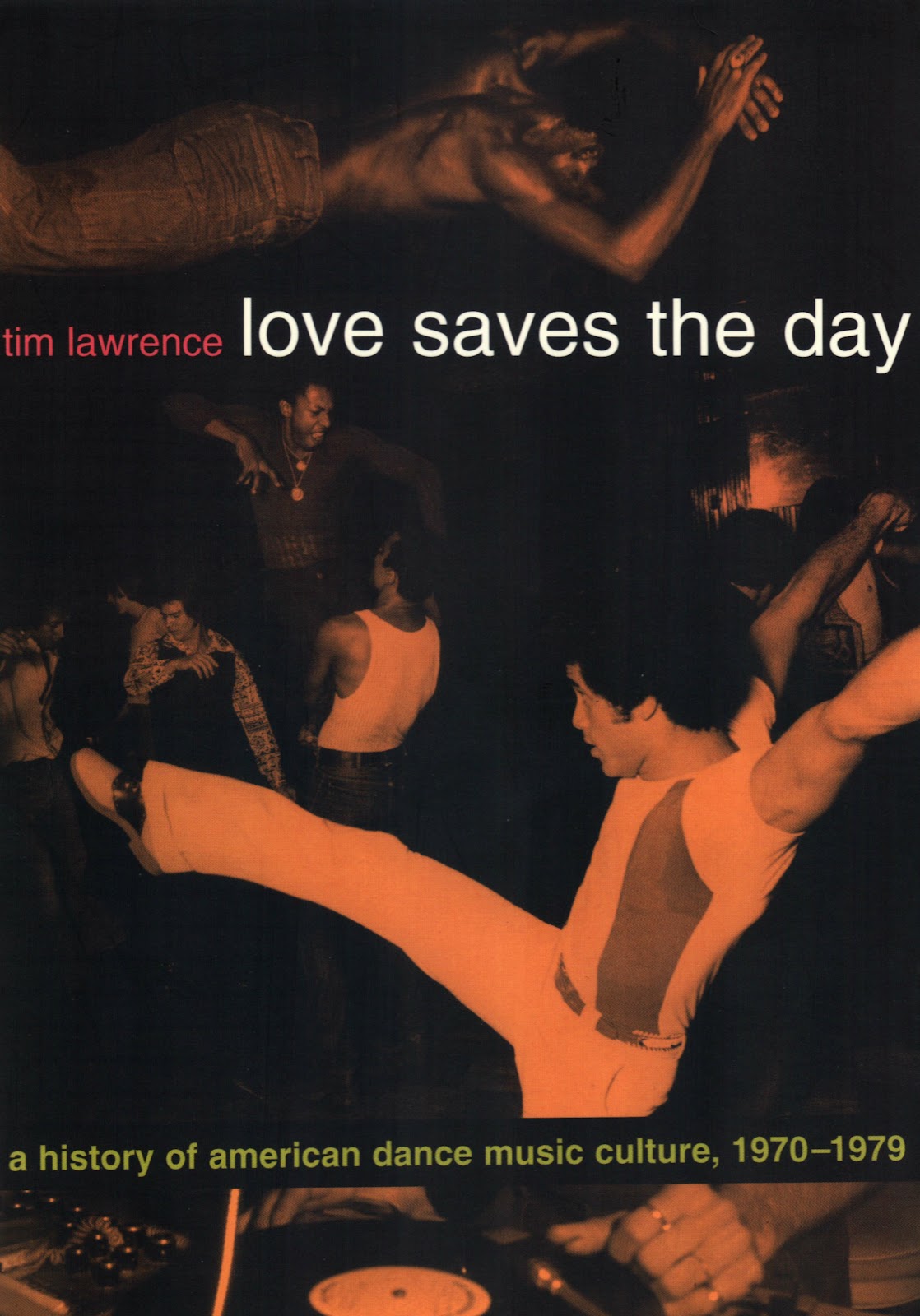 Given the current fascination with Disco, and a fresh wave of interest in its history, I thought it would be good time to flag up what many would regard as the must read book on the subject, outlining the development of the movement in downtown New York during the ’70s. Here’s my review for Grandslam magazine back in 2003, when Tim Lawrence’s epic ‘Love Saves The Day – A History Of American Dance Music Culture, 1970-1979’ was first published:

For anyone interested in getting the in-depth lowdown on how the Disco decade unfolded, ‘Love Saves The Day’ is an absolute must. Meticulously researched by its author, Tim Lawrence, this is a veritable history lesson, which includes material from over three hundred interviews plus select discographies from a whole host of DJ’s. From its underground origins to its mainstream explosion, overkill and eventual backlash, Disco has never been more thoroughly (and lovingly) dissected.

The heartbeat of the book is provided by its central figure, David Mancuso, who gave the project his full support and blessing. Mancuso’s Loft parties were a major influence on so many of the New York pioneers, with his ‘Love Saves The Day’ Valentine’s gathering in 1970 giving the book its title and the story its starting point. Suffice to say that without his considerable contribution to the evolution of what we now call club culture, its whole development would have been altogether different.

Lawrence’s much anticipated follow up to ‘Love Saves The Day’ will now be published in 2014. ‘Life And Death On The New York Dance Floor’ will highlight the hybrid years of 1980-1983, when the foundations were laid for the oncoming Hip Hop, House and Techno directions ahead.

One Response to Love Saves The Day