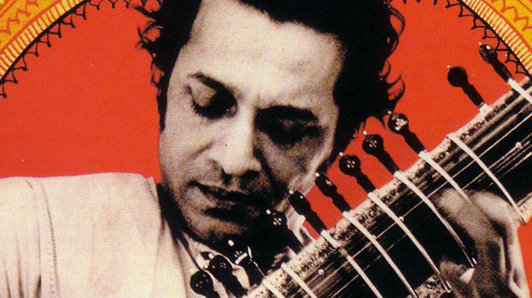 Touring America and Europe from 1956, Shankar, more than anyone, was responsible for popularising Indian music in the west, and he has been acclaimed as the ‘Godfather Of World Music’. He came to wider attention via his association with violinist Yehudi Menuhin, who he met in India during the early ’50s, and most notably, Beatle George Harrison, who was introduced to his recordings by David Crosby of The Byrds in 1965. Indian music would add to the spectrum of eclectic influences The Beatles added to their mid-’60s output, with Harrison playing sitar on ‘Norwegian Wood (This Bird Has Flown)’ (from ‘Rubber Soul’ 1965), and, following personal tutoring from Shankar, who would become a lifelong friend, ‘Love You To’ (from ‘Revolver’ 1966) and ‘Within You Without You’ (from ‘Sgt. Pepper’s Lonely Hearts Club Band’ 1967). Harrison would call Shankar the greatest musician on the planet that he was aware of, and many other Pop musicians would feature sitar in their own recordings as a consequence. Shankar’s spiritual influence (music and spirituality going hand in hand for him) would inspire all 4 Beatles, who would subsequently seek instruction from the founder of the Transcendental Meditation technique, Maharishi Mahesh Yogi, initially in Bangor, Wales (1967), before famously travelling to Rishikesh, India to study with him in 1968. This would have a huge effect on how eastern spirituality was viewed in the west. Here’s a great YouTube clip showing Shankar giving Harrison a sitar lesson:
http://youtu.be/RxI6IkH9Mvo 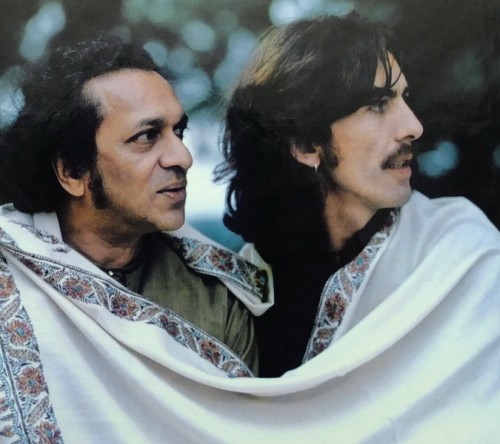 His triumphant appearance at the Monterey Pop Festival in California, at the height of 1967’s fabled ‘Summer Of Love’, made him a hero of the hippie movement, and he’d also perform 2 years later at the era defining Woodstock Festival in Sullivan County, New York. I wrote about Shankar at Monterey Pop for the first in my Video Blog series, stating that ‘this, above anything else I’ve ever seen, illustrates the power of music to energize’. You can read the piece here, plus view his breathtaking performance of ‘Dhun (Dadra And Fast Teental)’, accompanied by the legendary tabla player, Alla Rakha:
https://blog.gregwilson.co.uk/2012/07/video-blog-ravi-shankar-at-monteray-pop/

His son, Shubhendra ‘Shubho’ Shankar often accompanied his father on tours – he could play the sitar and surbahar, but elected not to pursue a solo career and died in 1992. His daughter, Anoushka Shankar, also took up the sitar, and would often perform with her father during his latter years, whilst her half-sister, Nora Jones, is a Grammy award winning singer-songwriter.

His soundtrack for Jonathan Miller’s surreally dark and brooding film adaptation of ‘Alice In Wonderland’ (1966), stands, alongside the Monterey performance, as my personal favourite portrayal of his music. 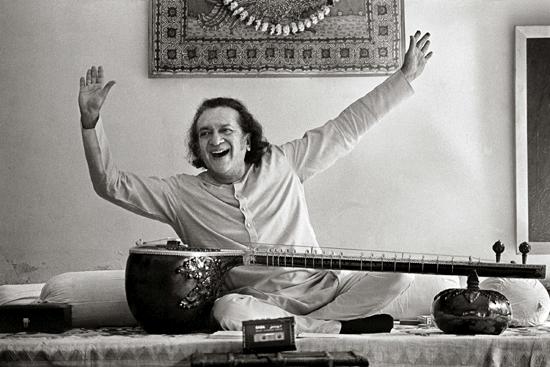