‘Wild Style’ is the quintessential Hip Hop movie – a docudrama, produced and directed by Charlie Ahern, that captures the movement just before it explodes on an unsuspecting world, subsequently providing the most influential cultural palette of the late 20th century via its 4 elements, emceeing, DJing, b-boying and graffiti.

The film really made its mark in the UK following its transmission on Channel 4 in 1984. It had previously been shown in a few low-key arthouse cinemas, but this wasn’t the setting in which it was going to reach its target audience – the first wave of British breakdancers and body poppers, who had taken to the clubs and youth clubs, the street and the shopping centres, following the big bang of Malcolm McLaren’s ‘Buffalo Gals’ video (the record becoming a UK hit in late ’82), which had introduced us to what had been happening in the Bronx, originally developing out of DJ Kool Herc’s Sedgwick Avenue parties in the early ’70s. More about Britain’s Hip Hop origins here:
http://www.electrofunkroots.co.uk/articles/buffalo_gals.html

This clip is from the famous amphitheatre climax, which just builds and builds in atmosphere as a wonderful line-up of old school artists well and truly rock the house. Recorded as a live concert at New York’s East River Park on May 1st 1982, it remains one of the great gigs in Hip Hop history, really capturing the pure essence and energy that would soon money-spin its way around the world. 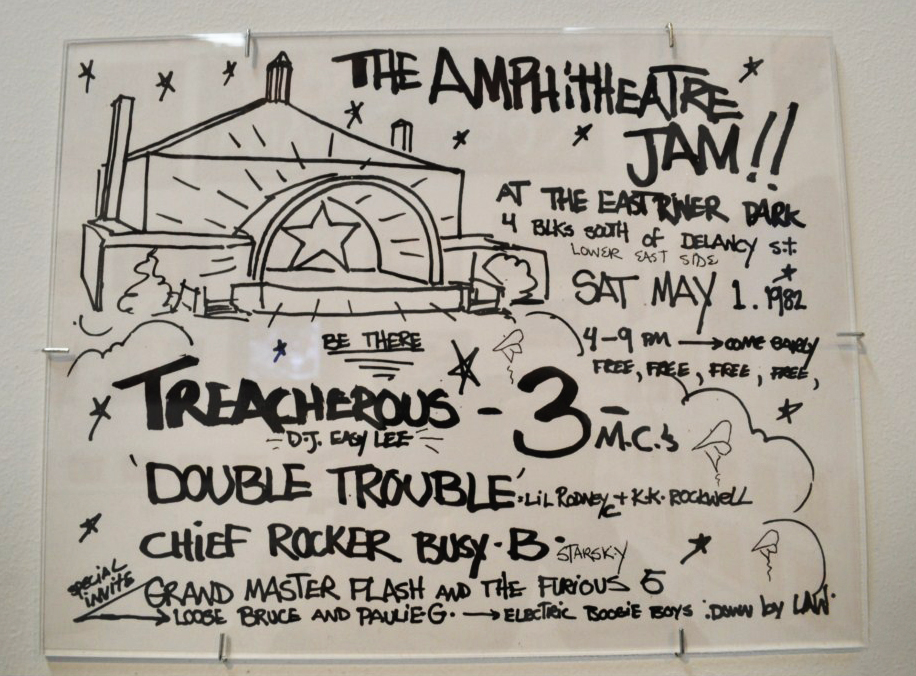 It features early footage of the Rock Steady Crew (accompanied by rapper Rammellzee), who would, of course, bring b-boying (or breakdancing as we called it here) out of the Bronx and to the masses, via their appearance in the ‘Buffalo Gals’ video, and, in 1983, with the release of their own single / promo video, ‘(Hey You) The Rock Steady Crew’. Grandmixer D.St is also up there on the stage, cut juggling Chic’s ‘Good Times’, with RSC’s Crazy Legs asserting his status as b-boy supremo, before all the performers take to the stage for the finale – the following year D.St would star on Herbie Hancock’s cut and scratch classic, ‘Rockit’, a record that would go on to win a Grammy for Best R&B Instrumental Performance.

I have a particular soft spot for Double Trouble, who you see earlier in the film practicing acappella, sat on steps outside a Bronx tenement block (included on the Soundtrack as ‘Stoop Rap’). Their rap at this point is super-chilled and laid back (http://youtu.be/nLDJZAgWrJA), but at the amphitheatre, using the same lyrics, they really rip it up, resplendent in white gangster suits and hats. However, this was as good as it got for LiL Rodney C and KK Rock Well, and as Hip Hop went global they were left behind. I always regard them as Rap’s ones that got away. In 2004 I mashed-up ‘Stoop Rap’ with ‘Intro’ the opening track on Amp Fiddler’s 2003 album, ‘Return Of The Ghetto Fly’, and, on the back of this post, I’ve uploaded it to SoundCloud:
http://soundcloud.com/gregwilson/double-trouble-amp-fiddler-amp 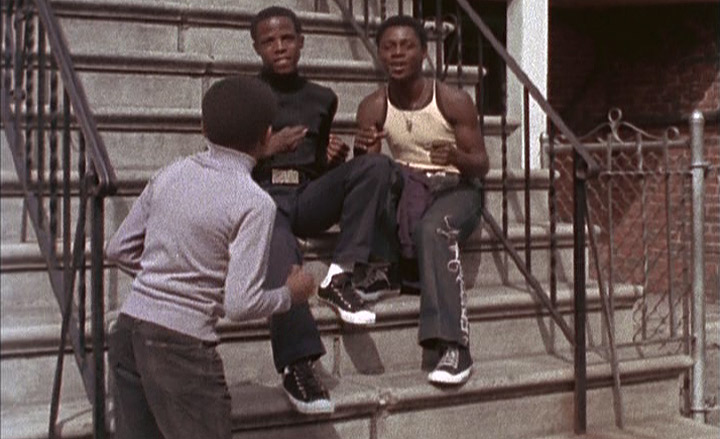 The end scenes, as all the artists come together whilst D.St cuts between the 2 copies of ‘Good Times’, presents such a powerful image, especially when the camera pans out to view from the audiences perspective. It reminds me of how the stage would bounce at the end of a Parliament / Funkadelic show. Linking back to my previous Video Blog post, about ‘Wrote For Luck’ and ‘WFL’ (https://blog.gregwilson.co.uk/2012/10/video-blog-happy-mondays-wrote-for-luck-wfl/) the closest to this vibe I’ve ever witnessed in a live setting was the Happy Mondays and all their entourage / mates filling the stage at the height of the Madchester era in the late ’80s.

This is the original film footage (taken from that Channel 4 screening in ’84, which I recorded from the TV at the time) – the amphitheatre section in the DVD release was, much to my chagrin, edited differently, and for no apparent reason (completely messing up the part where RSC’s Mr Freeze makes his entrance). Another famous clip from the film, where Grandmaster Flash cuts it up in the kitchen, has been pretty much butchered on the DVD (I presume because of copyright issues with the music featured).

This concludes the series of 9 clips I compiled for the ‘Soundtrack Set’ at London’s Queen Of Hoxton last March – took a bit longer than I’d initially envisaged to get them all up, but now they are I intend to continue with the ‘Video Blog’, adding further clips from time to time.

3 Responses to Video Blog – Wild Style At The Amphitheatre