By Greg Wilson on October 19, 2012 in DJ / Club Culture, DJ Appearances, The Eighties, The Nineties, Video 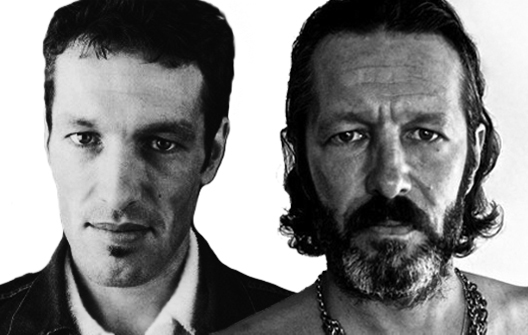 DJ Harvey (aka Harvey Bassett) makes his long awaited UK return tonight at Oval Space in London (followed by a Manchester date, at The Warehouse Project, next Thursday). It’s his first UK appearance since 2002 when he re-located to the USA, and where visa problems conspired to restrict his movements, meaning that it was almost a decade before he was able to leave the country.

Rather than being out of sight, out of mind, it was more a case of absence makes the heart grow fonder, and it was fascinating to watch the ‘cult of Harvey’ evolve, largely via the DJ History forum, where sometimes you’d be forgiven for thinking that the H in DJH stood for Harvey not History, such was the obsession, even resulting in the obligatory backlash. Thread after thread appeared discussing his musical eclecticism and personal enigma – I contributed to a thread myself back in July 2004, titled ‘DJ Harvey – Great Or Grate?!?!?’, highlighting the mathematics of the situation;

‘Regardless of what people might think of him, it’s clear that no other DJ generates anything like the amount of interest that Harvey does here at DJ History. It’s pretty amazing when you think that since June 25th, when Candelah posted the link to Harvey’s mix, there’s been close on 5000 views of the three current Harvey related threads! Compare that to the ‘End Of Night’ thread, which has taken around 5 months to build up to just below 3000 views.’
http://www.djhistory.com/forum/dj-harvey-great-or-grate

I’d never seen him play, or, if truth be told, even heard of him before I started posting on some of the dance forums in 2003 (on the back of writing the article ‘Electro-Funk – What Did It All Mean?’, the month before I made my club comeback). I was totally out of the loop during the years he was making an impact via his residencies, including Moist at The Gardening Club and New Hard Left at The Blue Note in London, The Zap Club in Brighton, and London superclub Ministry Of Sound, playing through until the morning (Harvey is renowned for long through the night sets). He probably hadn’t heard of me either, given that I’d hung up my headphones in 1984 before his own DJ journey began, and didn’t start up again until after he upped sticks to the States. 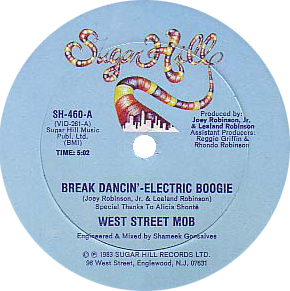 One of my biggest tunes during the period leading up to when I quit was the Sugar Hill 12” ‘Break Dancin’ – Electric Boogie’ by West Street Mob, which came in on import in August ’83 and featured in my ‘D’Ya Like Scratchin’’ mix for Piccadilly Radio the following month. It turns out that this was a defining track for Harvey. Originally grounded mainly in Rock and later Punk (he was in bands before he became a DJ), ‘Break Dancin’ – Electric Boogie’ (which is based around one of the quintessential breaks, the Incredible Bongo Band’s ‘Apache’, from 1973), opened up the Hip Hop realm for him and prompted a mid-’80s trip to New York, where he embroiled himself in Hip Hop culture.

Having tried his hand as a graffiti writer, he found his true vocation as a DJ, gaining cult status throughout the late ’80s and into the ’90s as part of the TONKA Hi-Fi crew, a sound system that built a strong following in his hometown of Cambridge, as well as London, Brighton and on the festival circuit. Here’s some grainy footage of him playing at a TONKA gig in Brixton back in ’91:
http://youtu.be/hbr9z0TK1d8

Also some rather marvellous Super 8 footage from an early morning TONKA beach party at Black Rock, Brighton in 1989:
http://youtu.be/hO3vp8TeX7k

Kelvin Andrews, a contemporary of Harvey’s and a hugely under-valued DJ in my book, summed him up as having ‘a fearless ability to dig up something to get both the girls shaking and the beards stroked’. What’s for sure is that he’s a maverick selector with an infectious smile and a glint of mischief in his eye, which has proved to be an irresistible combination, gaining him almost mythical stature. His reputation precedes him, but he’d never have provoked such intrigue without being very very good at what he does – I don’t need to have seen him play to understand this.

I’m going to get across to the Manchester date – it’ll be his first time in the city since his final appearance at the legendary Electric Chair in August 2002, one of his favourite club nights of the era, where he was a regular guest of The Unabombers. Matt Johnson, who’s been looking after Harvey’s European bookings since he finally acquired his green card, is my agent too, so I appreciate what’s gone into setting these dates up, with, of course, the Red Bull Music Academy’s assistance, so everything can be just right for the long-overdue return of one of the true nonconformists of the DJ world. 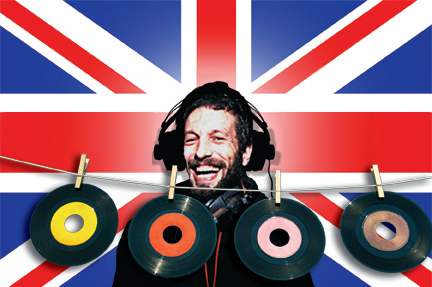 The Reward For Work Is More Work
Sylvia Kristel

27 Responses to Return Of The Prodigal – DJ Harvey