Whilst DJ obsessives in this country could tell you the minutia with regards to New York’s celebrated club culture of the ’70s, I’m often surprised to find that they know precious little about what was happening here in the UK at the same time David Mancuso, Nicky Siano, Larry Levan and the other NY legends of the ’70s were bringing Disco to the fore. Maybe they think that there wasn’t much happening here, and that UK DJs were simply following the US lead, whilst, to the contrary, nothing could be further from the truth – go back into the ’70s, before Disco hit its stride, and you’ll find hugely influential figures including Ian Levine, Colin Curtis and Les Spaine in the North, Chris Hill, Bob Jones and George Power in the South – DJs with a wealth of knowledge between them, who made their mark on popular culture here at root level. These are giants, upon the shoulders of which subsequent generations of British DJs stand, whether they know it or not.

So, it’s not surprising that the names Guy Stevens and Roger Eagle will mean nothing to 99.9% of DJs in this country, for these are what you might call the founding fathers of UK dance culture, one in the South and one in the North, sowing the seeds way back in the early ’60s – Guy Stevens (with James ‘Doctor Soul’ Hamilton, later Disco columnist for Record Mirror) at London’s legendary Mod haunt The Scene, and Roger Eagle, the resident DJ at Manchester’s original Twisted Wheel, on Brazennose St  between 1963-1965 (the club then moved to its famous Whitworth St location, subsequently the birthplace of Northern Soul, where Eagle remained as DJ for the first year). Both were black music aficionados, fanatical about Rhythm & Blues and the earlier Blues pioneers, as well as Ska and Jazz (Eagle even publishing, for a short period, R&B Scene, one of the early black music magazines). The cultural importance of these 2 vinyl revolutionaries can’t be understated – they made a mammoth contribution to the emergence of Soul music as a major force in British clubs, and subsequently in the pop charts, and without them things would simply never have taken off in the way they did – these groundbreaking DJs were crucial to the process, and we owe them a great debt for everything that’s happened since, for it was they who set the wheels in motion. 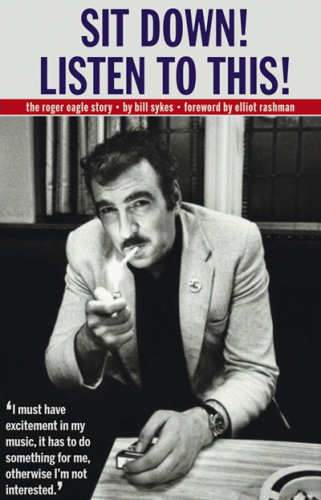 So, with this in mind, I’d implore anyone who’s interested in understanding the true roots of UK dance culture to read the new book ‘Sit Down! Listen To This! – The Roger Eagle Story’ by Bill Sykes. Eagle, who hailed from Oxford, arrived in Manchester on a motorbike in 1962 and, apart from a short period when he lived in Bristol in the early ’80s, would stay in the North until his death in 1999, aged 56 – his deep love of music affecting many many people along the way. 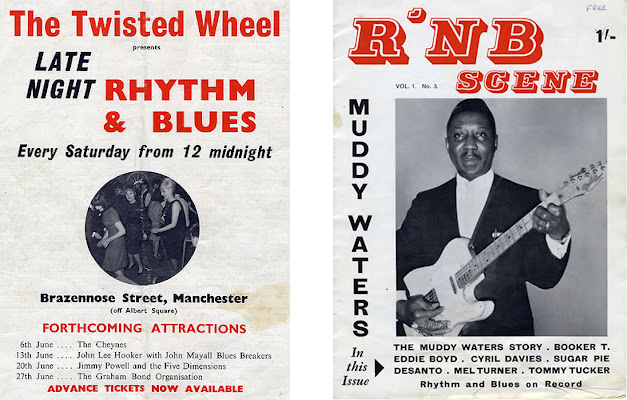 Not content with carving a piece of Manchester history, Eagle would bridge the East Lancs divide, becoming the catalyst for a whole new Liverpool scene in the late ’70s, which stepped out of the shadows of The Beatles to cast its influences down the years, playing a seminal role in launching a new wave of artists including The Teardrop Explodes, Echo & The Bunnymen, Elvis Costello, Orchestral Manoeuvres In The Dark, Dead Or Alive and Frankie Goes To Hollywood. The hub for this upsurge of expression was Eric’s, a club, as with the Cavern before it (where The Beatles played so many times in the early ’60s), located on Mathew Street, which he ran in partnership with Ken Testi and Pete Fulwell. He was also key to the formation of Manchester’s Factory Records – having approached Granada TV host and Punk  Rock ambassador, Tony Wilson, to become the head of A&R for a proposed Liverpool / Manchester label, to be called Eric’s Factory  (Wilson then involved in a club night at Hulme’s Russell club called The Factory, the forerunner to The Haçienda), the 2 couldn’t agree on the format for the first release, the upshot being that Wilson would decide to start his own label instead, giving birth to the North’s most celebrated imprint. He went as far as to say that but for Eagle he might have been ‘just a TV presenter’.

Other people who’d benefit from his influence during the Eric’s period, and his time promoting shows at the Liverpool Stadium in the earlier part of the decade, would include Geoff Davies (Probe Records), Jayne Casey (then in the Eagle managed band Big In Japan, later the co-founder of the Liverpool superclub, Cream), Ian Broudie (Big In Japan, The Lightening Seeds), Mick Hucknall (then in The Frantic Elevators, who Eagle managed for a time, later finding fame and fortune fronting Simply Red), Holly Johnson (Big In Japan, then later as frontman of Frankie Goes To Hollywood) and Bill Drummond (Big In Japan, then manager of The Teardrop Explodes / Echo & The Bunnymen, later founder member of The KLF).

Sandwiched either side of his time in Liverpool, he’d book the acts for Manchester clubs Magic Village (which was at the heart of the city’s hippie / psychedelic scene of the late ’60s), and, from the mid-’80s – early ’90s, The International (and subsequently The International 2), which played a notable part in the whole Madchester era (The Stone Roses managed by International owner, Gareth Evans). I met him myself at The International, but I wasn’t aware of the full weight of his legacy at the time.

Yet, despite being in the right place at the right time at so many different times and places, it’s only in more recent times that his hallowed position within British popular culture is finally being grasped. When Dave Haslam wrote his history of the Manchester music scene, ‘Manchester, England – The Story Of a Pop Cult City’ in 1999, Eagle gets just a couple of mentions, from his time at Magic Village and The International, but there’s nothing at all about those crucial years when he was at The Twisted Wheel, although Haslam does cover Eagle’s time at the Wheel in his subsequent book, ‘Adventures On The Wheels Of Steel – The Rise of the Superstar DJs’ (2001). ‘The North Will Rise Again’ (2009), John Robb’s book about the Manchester music scene, the main thrust of which focuses on the period 1976-1996, brought Eagle’s legacy to the city into greater focus – presented as an oral history and covering the evolution of the now world-renowned Manc music and club culture, the opening chapter sets the scene in ’60s Manchester, with the first voice in this first chapter belonging to Eagle. Robb would go as far as to suggest that ‘without Roger Eagle there would be no Manchester music scene’. This is the gravity of the person we’re talking about. 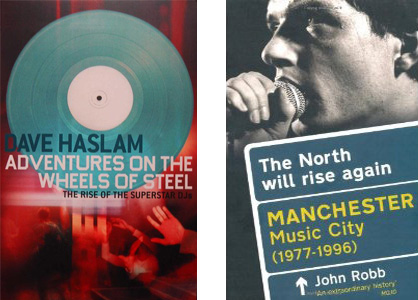 In a similar way to how, after years in obscurity, David Mancuso (whose Loft parties of the early ’70s lit the blue touch paper for the New York Disco era) was rediscovered and revered by a generation of club enthusiasts who, in many cases, weren’t even born at the time he was at the height of his influence, I’ve no doubt that, eventually, British pioneers like Roger Eagle, Guy Stevens and James Hamilton, who were way ahead of the curve, even with regards to what was happening in the US, will receive their proper dues, and be acknowledged within the DJ community as founding fathers of our rich clubbing tradition. If you’re a music lover, it’s safe to say that your life, in one way or another, has been affected by these pioneers. Their influence, albeit largely invisible, is unavoidable, and clearly audible in thousands of tunes that only found love in this country because of true vinyl visionaries like them.

As with ‘The North Will Rise Again’, ‘Sit Down! Listen To This!’ is presented as an oral history, the story told via quotes from those who knew him. Its author, Bill Sykes, talks about Roger Eagle here:

I went to the book’s Liverpool launch at The Picket, where the great and the good of the Eric’s era were out in force, celebrating the fact that, finally, Roger Eagle’s life has been documented in print, and his cult status greatly enhanced as a consequence. Bill Sykes spoke, of course, and number of people, including Geoff Davies, Jayne Casey, Pete Fulwell and Elliot Rashman (the manager of Simply Red, who as a teenager was a tripped-out Magic Village regular) shared some heartfelt anecdotes. It was clear that he’d affected them all profoundly.

The DJ for the event was my old mate Bernie Connor, with whom I was part of an experimental collective of DJs and musicians who put on a series of nights on Merseyside (plus a couple of London one-offs) called The Monastery, during the mid-’90s. I have massive respect for Bernie, his musical knowledge and scope is incredible – put it this way, if I was going for the million pounds and didn’t know the answer to a music question, but could phone a friend, Bernie would be one of the first people I’d think of. I once saw him devour a Q crossword in no time – I was hugely impressed! I remember thinking how could someone absorb such a width of knowledge, but now I know that Roger Eagle was very much Bernie’s musical mentor, when he was a teenager going to Eric’s at night and working at Probe in the day, it all makes sense. Here’s something Bernie wrote about the launch, which acts as a fitting tribute to his friend and teacher:
http://www.caughtbytheriver.net/2012/08/liverpool-remembers-roger-eagle-2/

Remarkably there is still no Roger Eagle Wikipedia entry, so linked below are the entries for the 2 clubs he’s most associated with:

23 Responses to Sit Down! Listen To This!