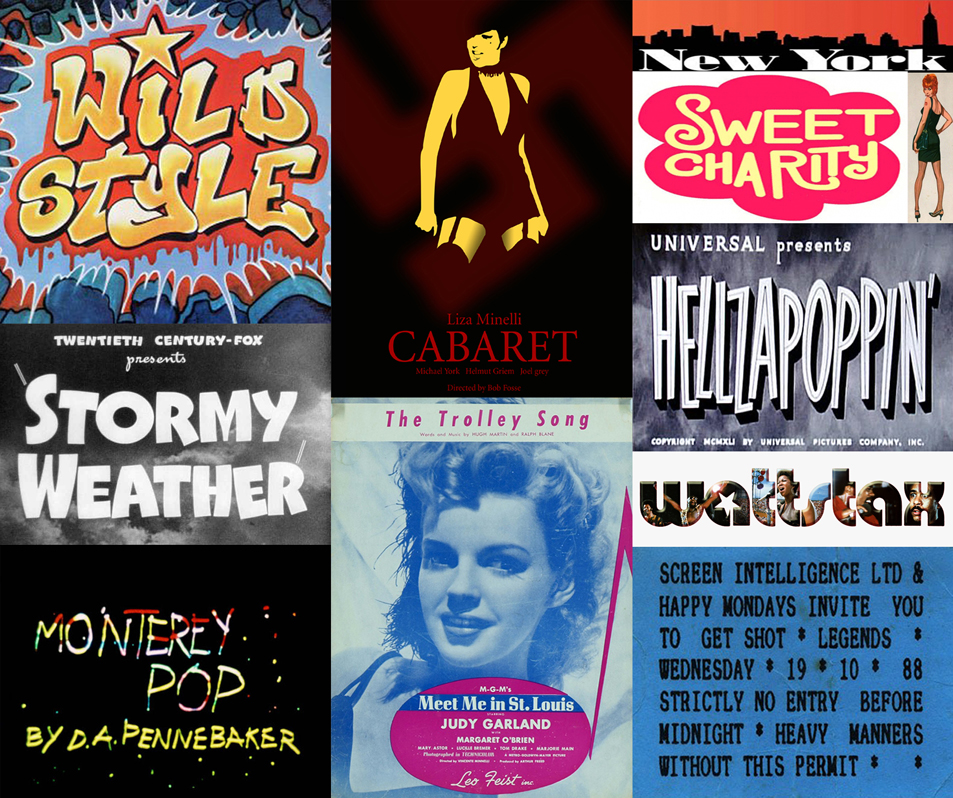 Back in March I did a gig with a difference at the Queen Of Hoxton in London, promoted by Cosmic Boogie and Big In Japan. Apart from being booked to play an as per normal DJ slot, a few hours beforehand I’d been invited to present a ‘Soundtrack Set’, where I added a visual aspect to the music of my choice. This took place in a huge tepee on the roof, and the idea certainly caught the imagination with tickets selling out in advance. This was the second Soundtrack Set, the previous one hosted by the illustrious JD Twitch (from Glasgow’s Optimo) who’d played his own selection of music to accompany the screening of the visually stunning ‘Baraka – A World Beyond Words’ (1992), which took its cue from 1982’s eco-conscious cult-classic ‘Koyaanisqatsi’ and its sequel ‘Powaqqatsi’ (1988), its epic scale providing a broad canvas onto which Twitch would re-imagine its score. 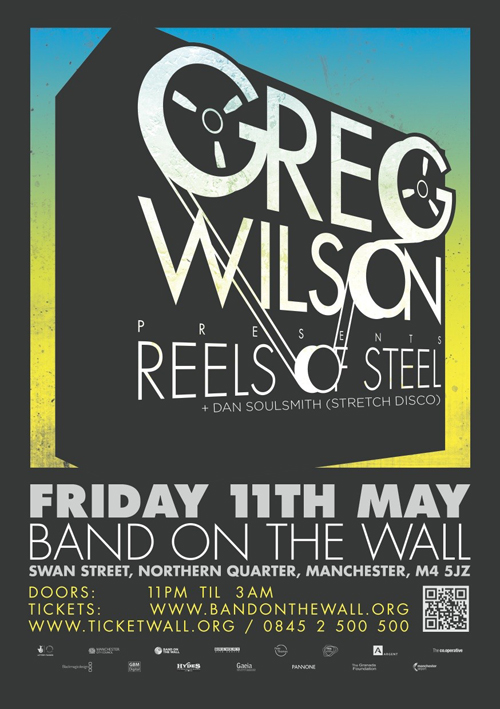 I’d been developing my Reels Of Steel idea during the previous year, with dates at Manchester’s Band On The Wall and festival appearances at Glastonbury and Bestival. Reels Of Steel involves a random juxtaposition of video clips that I’ve put together, with the assistance of my mate, Tim Collins – these are projected onto a screen behind me (in Glasonbury’s case, one on either side of me) whilst I DJ, adding a visual dimension that, as with the music I play, covers a wide span of cultural reference. What I’m particularly into is the chance combination of music and image that Reel Of Steel throws up by nature – I buzz off seeing 2 things you might never think of putting together serendipitously syncing up as one to provide a third, accidental, dynamic.  It’s another process in which I’m able to present the past in new packaging.

For example, here’s a YouTube clip from Band On The Wall last October that illustrates how this audio visual alchemy can occur. What you must take into account is that the footage playing behind me is a pre-recorded 3 hour long clip compilation, which Tim and I shuffle around before each Reels Of Steel appearance (the only constant sections being the first few minutes and the last few). I never set in stone what tracks I’m going to play, so there’s no thought of trying to sync things up at all – whatever happens just happens by chance. In this case I’m playing the Get Down re-edit of ‘Sexy Dancer’ by Prince:
http://youtu.be/X0B4f3CDPL4 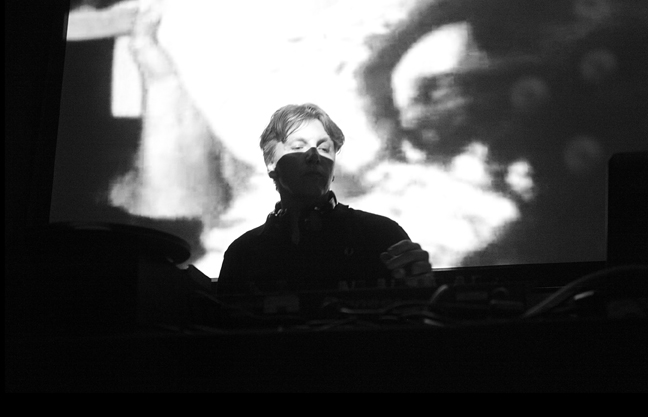 So, with Reels Of Steel already up and running, I didn’t want to do something too similar for my own Soundtrack Set. Instead I decided on a lateral approach, presenting a random assortment of favourite video clips that I’d chosen from a whole variety of sources, the eventual selection spanning almost half a century – what might be termed an eclectic mix, from Whitey’s Lindy Hoppers in 1941 all the way through to the Happy Mondays in ‘89. Between each clip I talked about the reason for my selection and why it had personal resonance, very much in the same way I write about the things that interest and excite me here on my blog.

This was something I’d intended to do under the Reels Of Steel umbrella, so the Soundtrack Set provided me with the perfect opportunity to test it out – my intention being to arrange a series of events where I tie-in a Video Blog type screening / talk with a Reels Of Steel performance. The fact that there’s a crossover of imagery between both aspects heightens the connectivity – it’s that 3rd force coming into play again, when people, who might, for example, have watched a clip of the Nicholas Brothers dancing in the ’40s, and been given a bit of background about it, can then see the same clip, but in a totally different context (both the environment and the music accompanying it, or in this case, to be more precise, the music it’s accompanying, the music being the variable factor). This addition of visuals is a natural progression for me, something for special occasions that supplements my regular DJ role. 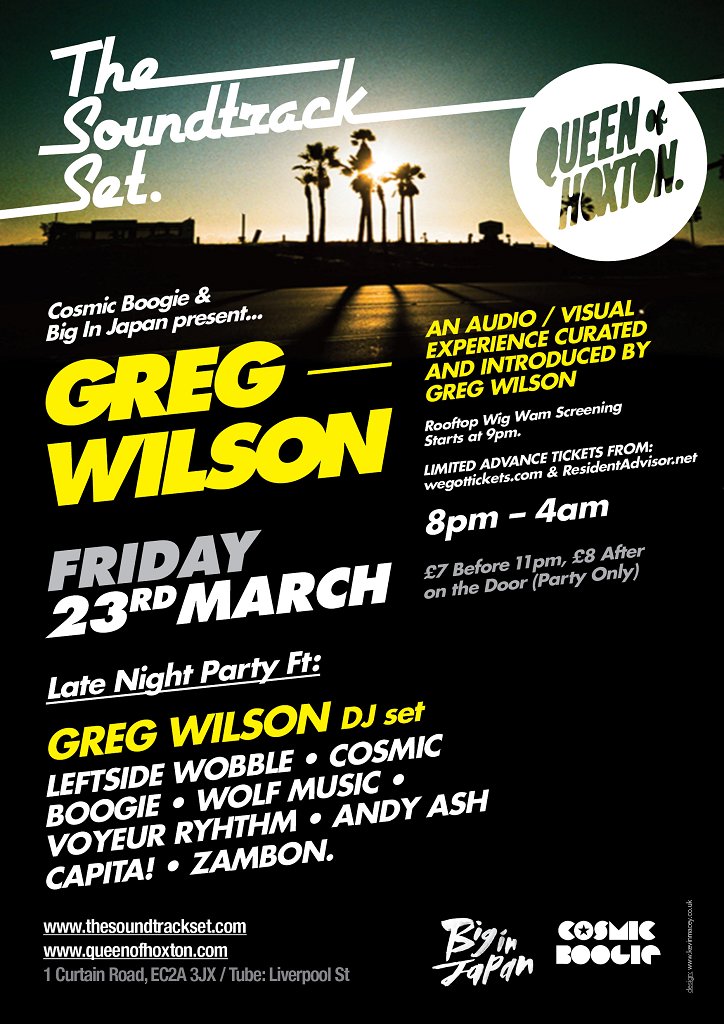 It was a pleasure to present my Soundtrack Set – what’s better that playing stuff you love to people who want you to share your passion with them. It was great talking to some of them afterwards, either personally on the night or later via email, about the clips they enjoyed best. The feedback is always such an important part of things for me – you learn a lot from the perspective of others, especially when they’re talking about something you’re so intimate with.

I’d planned to write this post as soon as possible following the event, talking about each of the clips and linking to them online, but I couldn’t find the necessary time until now. I’ve been waiting for a window of opportunity that allows me to do it properly, and now I’ve finally been able to coordinate things, with the upshot being that during the next 6 weeks I’ll highlight each of the 9 clips I selected as separate posts, rather than doing the single post I’d originally intended (which I figured would end up being way too long).

The first 2 will appear in the next week or so and, given the long-overdue change in weather here in the soaking wet UK, the fact that these are both extraordinary performances from summer festivals long gone only serves to enhance that sense of sparkle that returned last weekend, as the sun finally seems to have broken through the spoilsport rainclouds.

Once all 9 clips are posted, the Video Blog series will continue to expand with new additions from time to time. 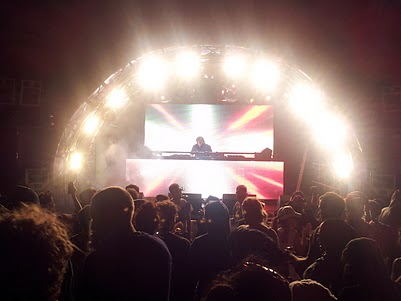