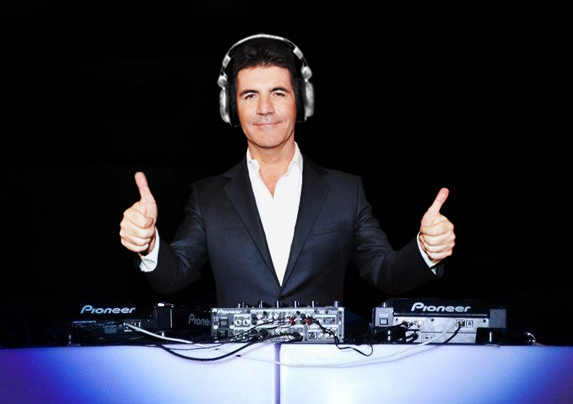 Found myself unwittingly drawn into the debate about Simon Cowell’s proposed ‘DJ X-Factor’ programme via an interview I did with Digital Spy, the media news website, last month, which had been arranged as part of the promotional push for the sadly cancelled Vintage Festival in Northamptonshire, which was supposed to have taken place this weekend.

Back in January it was announced that Cowell was planning to launch a new talent competition to ‘find the world’s best DJs’. The entertainment mogul issued a statement saying “DJs are the new rock stars, it feels like the right time to make this show” – the DJ / Rock Star analogy actually goes back to the ’90s, causing many to accuse Cowell of being seriously out of touch.

Following my interview, the resulting piece, drawn from a phone conversation with reporter Mayer Nissim, centred on what I’d mentioned about building bridges between past and present, and went online last Monday. There was no mention of Simon Cowell, whose proposed programme had come up in passing, and was but a small part of the overall interview:
http://www.digitalspy.co.uk/music/news/a392392/greg-wilson-im-trying-to-build-bridges-back-to-the-past.html

However, the following day a further stand-alone article, titled ‘Simon Cowell Can Have ‘DJ X Factor’, by Greg Wilson’, in which my thoughts on the subject were outlined, appeared on Digital Spy, and within hours it had been re-published on a whole host of other websites and blogs. Now it’s out there on the interweb thought I’d share here too:

Greg Wilson has said that he does not mind if Simon Cowell makes a reality TV show about DJing. The spinner, who made his name in the early 1980s at Wigan Pier and Manchester’s Legend, told Digital Spy that he was not concerned about Cowell’s plans for a DJ programme.

“I can’t see the excitement of watching a DJ,” Wilson said. “What do they want? Somebody to put their hands in the air and dance about? It doesn’t sound to me like it would make good TV. DJ culture in the past 25 years has just gone through the roof. In a sense my attitude to it is let ’em have it, let ’em take it, let’s build again from the basics. It’s gone so big, it’s gone so overground.”

“Going back in time, for me it was always about the music, it was a real passion for music, a love of music… entertaining an audience – you have the music and it’s up to you”. He added: “As a good DJ you’re learning to see how an audience works, how to work with that audience – it’s a reciprocal situation. One of the things that got lost along the way for some people is that DJs began to see themselves as above the audiences. That they were the arbiters of what music was, when really it’s all an individual thing. You can’t turn round and say, ‘He is the best DJ’, because he might be to a wider amount of people – you can judge off those angles – but it’s a very individual thing”. Wilson continued: “If the ones who want all the acclaim and the stardom and this whole thing that came later down the line – let them have that, it was never about that for my generation of DJs.” 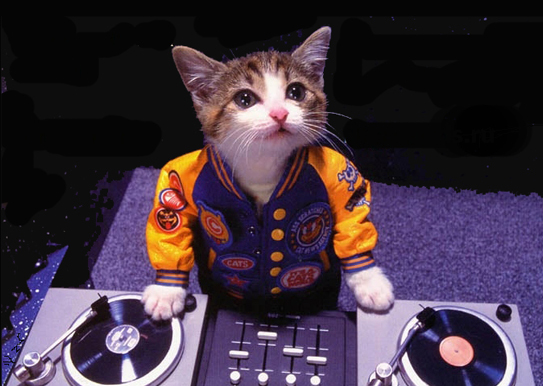 “We didn’t get rich from being DJs, it wasn’t a major career move, it wasn’t something that took you round the world. If you got good at it you could make a living out of it, but you weren’t going to get rich out of it like you are now.” He added: “Different people are in it now for different reasons and that is the only reason that Simon Cowell or an X Factor would be interested in it in the first place. That was never the side I was interested in. It was always about the music and the rewards that came with it were completely secondary.”
http://www.digitalspy.co.uk/music/news/a392520/simon-cowell-can-have-dj-x-factor-says-greg-wilson.html

I’ve previously made my feelings known with regards to TV talent / reality shows in the blog post ‘Celebration Of The Mediocre’:
https://blog.gregwilson.co.uk/2010/12/celebration-of-the-mediocre/