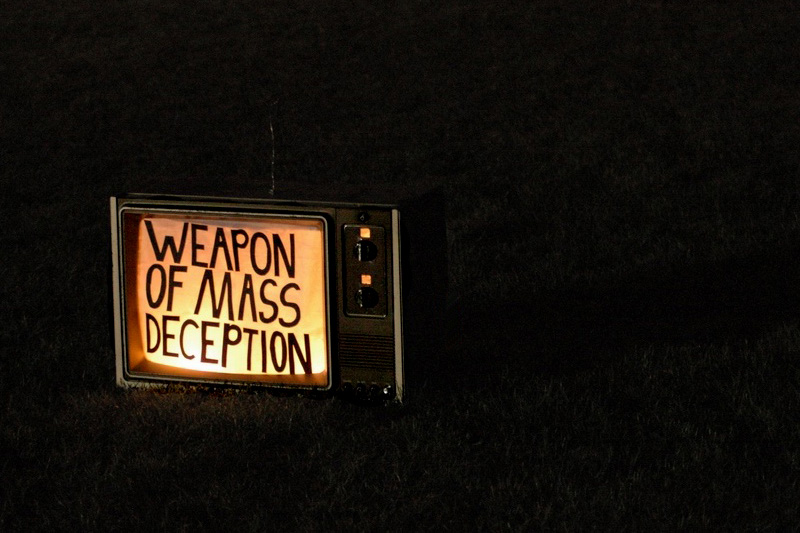 When everybody’s super, no one will be.

In years to come, people will look back on the first decade of the 21st Century and wonder just what happened to popular culture in the UK. A nation that was once at the vanguard somehow became obsessed with mediocrity, and then, with a typical swagger, began to successfully export it around the world. Big Brother, a Dutch creation that would become a British obsession, has a lot to answer for. Originally posturing as a psychological experiment it degenerated, series on series, into an increasingly putrid parade of wannabes and b-list crazies claiming their Warholian 15 minutes of fame – the problem being that, for an alarming number of these often insipid exhibitionists and incessant attention seekers the fame went on for hours, days, weeks, even years. We voyeuristically watched the shameless spectacle with relish, in a similar way to how, around 200 years ago, people might have paid to view the antics of the inmates of Bedlam, who were being manipulated and mistreated for the entertainment of others. We might not have been poking the inhabitants of the Big Brother house with a long stick in the literal sense for our amusement, like they would have been doing in the early 19th century, but the parallel is clear.

BB might have let the cat out of the bag, but the TV talent shows (Popstars, Pop Idol and The X Factor) conspired to take things to a whole new cultural low, producing a conveyor belt of pliable Pop performers, ready and willing to please their paymasters in exchange for celebrity status, none of them with anything new to offer, just a watered down version of what’s been before. The product has included Hear’say, Girls Aloud, Will Young, Gareth Gates, Darius, Leona Lewis, Alexandra Burke and JLS, whilst Cheryl Cole completed the double-whammy by taking the step from contestant to judge, becoming a ‘national treasure’ in the process. However, the real star of the show is Simon Cowell, now one of the most famous people not only in Britain, but America too, establishing a Pop dynasty that has a stranglehold over the UK chart via the relentless releases on his Syco label (which siphons off the most popular acts who appear on X Factor and Britain’s Got Talent, to which he owns the television rights). It’s a monopoly of mammoth proportions. 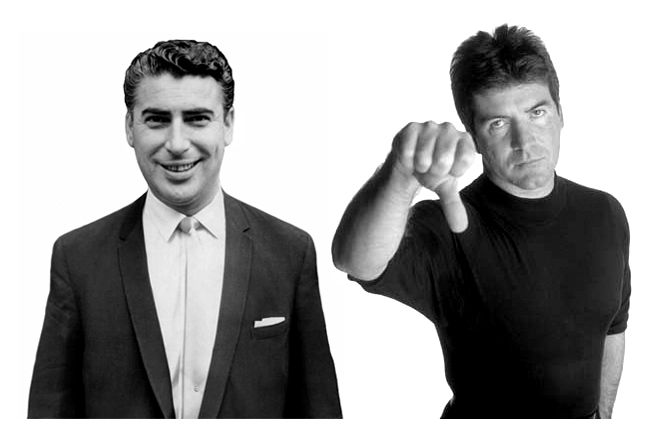 Cowell is in many respects a throwback to Larry Parnes, the English Pop impresario of the late ’50s / early ’60s, but on a far greater scale. Parnes built up a stable of male stars, generally changing their surnames in an effort to enhance their appeal to the teenage girls their music was marketed at (these included Marty Wilde, Billy Fury, Vince Eager, Duffy Power and Johnny Gentle). Hugely successful in the pre-Beatle era, Parnes and his acts were blown out of the water by the arrival of The Beatles, The Stones, The Kinks, The Animals etc – the public no longer wanting manufactured ‘teen idols’ now they had the real deal.

Back in June I posted ‘Bumblebee Land’, highlighting an excellent piece written by John Niven for Q magazine following Malcolm McLaren’s death, which makes an insightful comparison between Cowell and McLaren, and their contrasting legacies as impresarios. It’s well worth a read in context of this blog post:
https://blog.gregwilson.co.uk/2010/06/bumblebee-land%E2%80%8F/

The far-reaching power of the X Factor really started to disturb me when I realised that it had pretty much wrecked one of our popular traditions. For four consecutive years the show’s winner claimed the celebrated Christmas number 1 slot  – to put this in proper perspective you have to take into account that for as long as I can remember the Christmas number 1 has been something of a British institution, an event that attracts the interest of people who couldn’t care less what happens on the pop chart during the other 51 weeks of the year (it’s similar to the way in which people who never bet, or even watch horse racing, enjoy a once a year flutter when the Grand National comes around). Like the Grand National, the Christmas number 1 was rarely a foregone conclusion – it might be the latest single by the biggest band of the year, cashing in on their popularity, but this wasn’t nailed on as there was always a Mr Blobby, a Bob The Builder or a Cliff Richard to come along and spoil the party. Then there was the completely unexpected, perfectly illustrated by Pink Floyd’s anti-establishment anthem ‘Another Brick In The Wall Pt 2’ in 1979, which took everyone by surprise, or, more recently, in 2003, when Michael Andrews & Gary Jules’s cover of ‘Mad World’ seemed to have come out of nowhere, but had actually caught the groundswell of the movie ‘Donnie Darko’ (it was part of the soundtrack), which, from cult acorns following its cinema release two years earlier, had grown into a runaway word of mouth success story via sales on VHS and DVD formats.

The Xmas Factor would have chalked up five Christmas number 1’s in a row by a landslide last year, but for an inspired Facebook campaign instigated by Jon and Tracy Morter, which encouraged people to buy (via download) ’Killing In The Name’, a 1992 recording by the US band Rage Against The Machine, once described as ‘a howling, expletive-driven tirade against the ills of American society’, and summed up by the track’s ‘fuck you I won’t do what you tell me’ hook. This was in order to keep the X Factor winner (Joe McElderry) off the top of the chart during Christmas week, breaking the show’s domination. Here’s an ITN report from the week of the showdown:

Simon Cowell had been outflanked for once and he wasn’t a happy bunny, accusing the campaign of being ‘cynical’ and those participating in what came to be known as ‘Rage Against The X Factor’ of ‘bullying’. Needless to say that the words pot, kettle and black sprung to many people’s minds, Cowell having achieved fortune and fame via his cynical persona, not to mention his tell it like it is treatment of contestants, for which he’s often been labelled a bully himself. The fact that Cowell obviously felt that his show had an entitlement to the Christmas number 1 slot added to the communal sense of achievement felt by all who’d supported the campaign when, remarkably, it worked! The whole thing had taken on a momentum of its own, which proved to be unstoppable – the protest vote had been registered and the X Factor, at least for those seven crucial days, had been knocked off its perch.

Ultimately his pride may have been hurt, but his bank balance wasn’t – the following week McElderry’s single belatedly topped the chart and the X Factor, plus Cowell’s other cash cows, ‘Britain’s Got Talent’ and ‘American Idol’, continue to endorse his status as one of the most powerful figures in the music industry. It’s business as normal this year as 2010 X Factor winner, Matt Cardle sits at the summit for the festive season. The monopoly strikes back.

My problem with the X Factor isn’t so much the show itself, which is in the long standing tradition of middle of the road Saturday night light entertainment that has always been the staple of British television since day one, but when performances that might be politely described as average are acclaimed by the gushing judges as ‘brilliant’ or ‘incredible’, whilst talented kids are spoken of in lofty terms as ‘artists’, I have to take issue. The hyperbole surrounding the show is a constant source of nausea – even the BBC spend a hugely disproportionate amount of time discussing the in and outs of a programme that’s broadcast by their rivals, buying into the hype and re-cycling its bland brand of banality.

For the past few years I’ve been saying to anyone who cares to listen that it’s only a matter of time before a new generation of young people stand up and state their outright rejection of the X Factor, Big Brother, and the rest of this celebrity culture they’ve been force fed for so long. Instead they’ll demand substance over style, refusing to accept the second rate scenario currently on offer, placing their support with bands and singers who play their own instruments, write their own songs, and have their own ideas.

So, as you can imagine, it was refreshing for me to hear the words quoted at the beginning of this post by 15 year old Barnaby Raine. His speech, relating to the recent student demonstrations, struck a chord with many people and has been seen as a rallying call for the youth in their protest against the increasing tuition fees and educational cuts.

Pop has played its part in politics since the ’60s, but, as Raine points out, the years since he was born might well be described as post-ideological – a time when the big issues at home and abroad have paled in significance, whilst important stuff, like why Jordan’s latest relationship isn’t working out, or whether Cher Lloyd is having a nervous breakdown, provides a constant contemporary source of opium for the people.

Clean cut sanitized popstars are nothing new, they have their place, but it’s close on 50 years since they ruled the roost in the way they do now. To mistake these entertainers for artists is an insult to all the greats who built the industry these modern pretenders now benefit from. This generation needs their own artists to inspire them, but they won’t find them by watching the X Factor, which they have to renounce in order to create the space to look in the right places. This insane hero worship of the humdrum has gone on for far too long, and hopefully an ever increasing amount of younger heads will wake up to the realisation that the rich culture they’ve inherited, their birthright, has been buried beneath a mountain of mediocrity during recent times. 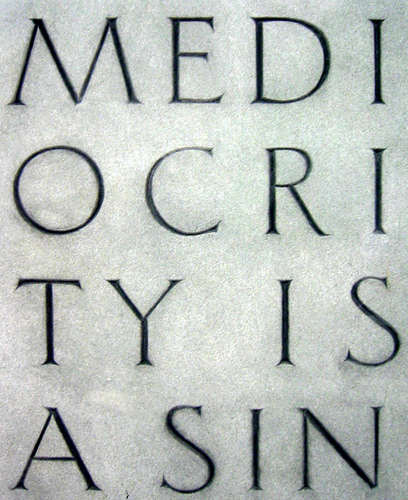 Living To Music Update – Dec 2010
A Christmas Gift For You

37 Responses to Celebration Of The Mediocre