Not the iconic one up on the balcony, but the initial side of stage location.

This bit of history comes courtesy of Hewan Clarke, the original Haçienda DJ, who had to put up with what was one of the worst thought out DJ booths I’d ever come across, located in a separate room down some stairs to the side of the stage, with a narrow slit window enabling you to view little more than the feet of those outside in the club. With the eccentric French VJ, Claude, for company, Hewan, and the other DJs that would work in there during the venue’s first few faltering years, myself included, had never experienced the like – it was more akin to being in a radio control room than a nightclub. This was all topped off by the infamous Akwil Digitheque mixer, a state of the art piece of kit, but far too clever for its own good – I’d built a reputation for mixing by this point, and people, who’d seen me at Wigan Pier and Legend, now had expectations of me, but this mixer was the bane of my life. For starters, it was positioned at an unnatural height, as you’ll see in the photo – 5 years on the dancers there became legendary for their hands in the air vibe, but back then the only hands in the air were those of the DJ in that bizarre booth. Another thing I recall was the automatic crossfade on the mixer, where you pressed a button when you’d lined up the beats, so it, in effect, took control and mixed the track for you. It’s one of those things that might sound like a good idea, but was far more hindrance than help. I just wanted something more hands-on functional – this was just a load of confusing knobs and buttons when it was faders I was used to. So I’d say to the manager, Howard ‘Ginger’ Jones, “Can’t you get another mixer? I can’t work with this one”, and he’d look at me as though I was some sort of heathen, telling me there were only 2 of these mixers in the world, as though this was validation for what I had to put up with. Needless to say, when the DJ booth moved to the balcony, it came complete with a new Formula Sound mixer (too late for me though). Akwil would go on to install equipment into other clubs, including Stringfellows and The Hippodrome in London, and later Sankey’s and Bowlers in Manchester, and is nowadays a successful audio visual company of 40 years standing.

So, as the Friday night resident there during the final third of ’83, I can totally empathise with Hewan’s predicament. Seeing this photograph (actually 2 photos expertly spliced together by Trojan Dan) was a real trip down memory lane, and not necessarily an altogether pleasant one – as I’ve said elsewhere, working in there was like deejaying with a hand tied behind my back. Thankfully, after constant badgering, the management ended up taking our advice and re-located the DJs to somewhere suitable, where they had direct contact with the audience they were playing to, rather than having to run up the stairs onto the stage to try to gauge the atmosphere. Madness!

Blues & Soul’s Frank Elson reported at the time that:

Factory records (The owners of The Haçienda) is, of course, owned at least partially, by Granada TV personality Tony Wilson whose much used quote about being totally against recorded music and totally for live music may well be the reasoning behind tucking the deejay console away in a room behind the stage. Instant paranoia for a jock who cannot see much, except through a spyhole, of the club itself” 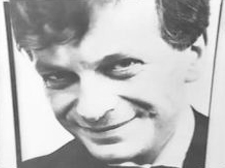 Hewan dug out these significant snapshots when we asked if he had any images we could include in his Electrospective interview, which has just been uploaded at Electrofunkroots:
http://www.electrofunkroots.co.uk/electrospective-event-hewan-clarke-interview/

It’s a fascinating interview, with some wonderful insights into The Haçienda during those early days, when the venue was still struggling to find its direction. It shines a light on what it was like to DJ at this World famous venue, but before it became famous – when it was far more likely that it’d turn out to be a heroic failure, forever regarded as Factory’s folly, than a cathedral of dance.

Back to the photograph, and if you look to the right hand side of the window you should be just about able to make out a proto-photoshopped postcard of the then Lady Di with hubby to be, Prince Charles. It was the official engagement shot that was everywhere at the time, with his hand on her shoulder, but this altered version, thanks to a bit of jiggery-pokery, had her topless, rather than in the conservative blue suit she was really wearing. I laughed when I spotted it there, it took me right back into that booth – Hewan was buzzing about me remembering the pic, as it was something he put there himself – it had the title ‘Subject or Object’. Not only that, he still has the very postcard, reclaimed when the booth was moved. 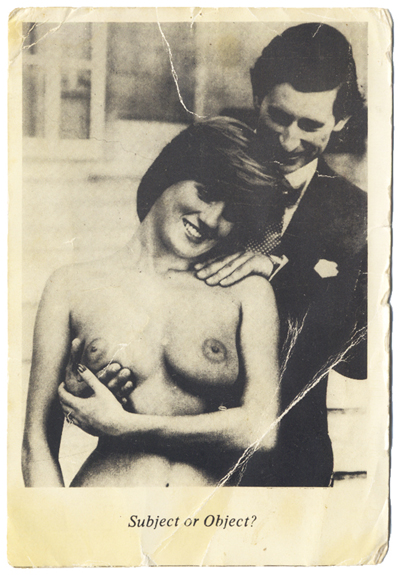 Everyone is aware of The Haçienda’s legacy, but usually only from ’88 onwards, when it became nationally, then internationally known, following the Rave explosion. Tim Lawrence’s ‘Discotheque Haçienda’ liner notes, unlike most of the writings about the club (including the Wikipedia entry), doesn’t skip over the early years, but makes the less known pre-Rave era its main focus, asking not only ‘what happened?’, but, more pertinently, ‘why did it happen in the first place?’:
http://www.timlawrence.info/linernotes/2006/Hacienda.php

Peter Hook’s book also helps put the record straight. Here’s my blog post about it from just over 12 months ago:
https://blog.gregwilson.co.uk/2011/01/hookys-book/

To whet your appetite for his interview, which also includes a wealth of information about the black scene, I’ll leave you with Hewan’s thoughts about how House music lost its original audience in Manchester (and the initial Jazz Fusion inspired dance style), when the music policy at The Haçienda became House, House and more House:

What we did (on the black scene) was we integrated the House with all the other different styles of music. It wasn’t just House music all night long. You know, you’d play four House records, then you’d play your Soul, then your Funk and your Disco, and whatever… That was the point that really killed it for the black audience in Manchester because the black audience definitely took House music off me in The Gallery. Definitely, they were into it, they were moving with it. Because of the tempo of the music, and the energy of the dance that goes with House music, it couldn’t last all night long, and so you’d play like a couple of House records and then you’d break it down. The thing that The Haçienda did was that they played House ALL night long, from 9 o’clock ‘til 2 in the morning. That was when, for me, I felt that the black audience in Manchester just kind of like “well, we’ve had enough of House now, we don’t want to listen to House anymore” and I think that was that period that sort of like killed House music for the black audience in Manchester, so we just went back onto the Jazz and the Funk and the Soul and everything, and left The Haçienda to do whatever they wanted to do with the House music” 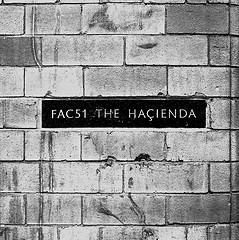 Check out this remarkable footage from Manchester’s Moss Side in 1986, at a time when House music was very much the domain of the black clubs in cities like Manchester, Birmingham, Sheffield and Nottingham, and Ibiza was but a faraway isle. As you’ll see, the style of dance is vastly different to the ‘big box little box’ movements that most people associate with House circa ’88/’89, when it’s audience became predominantly white, with, as Hewan mentions above, the black kids moving on:
http://youtu.be/46jB4yohiKA

By way of contrast, here’s some footage from The Haçienda in 1990:
http://youtu.be/4ZxDAKJfELI

Big thanks to Hewan, Dan Smith, and Andy & Eddie Akka at Akwil AV for pulling these fantastic images together. 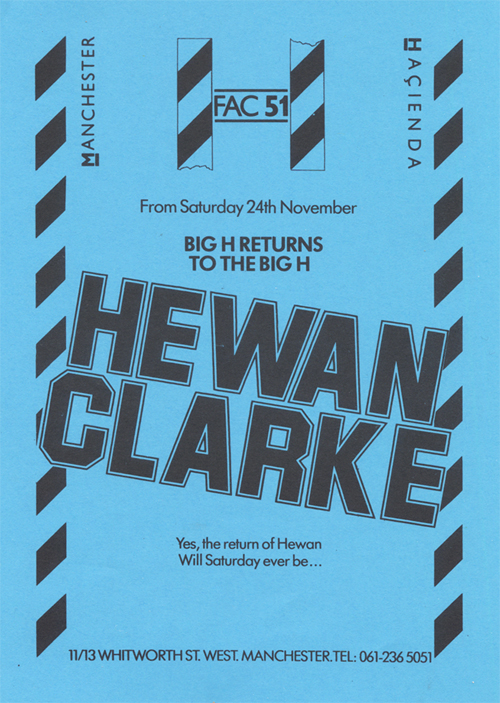 *UPDATE – APRIL 2012
New information has emerged and is now outlined in a follow-up post, ‘The Haçienda Disco V Fiasco!’:
https://blog.gregwilson.co.uk/2012/04/the-hacienda-disco-v-fiasco/

19 Responses to The Haçienda DJ Booth