By Greg Wilson on January 10, 2012 in Black Culture, Fashion, Photography, RIP, The Fifties, The Sixties 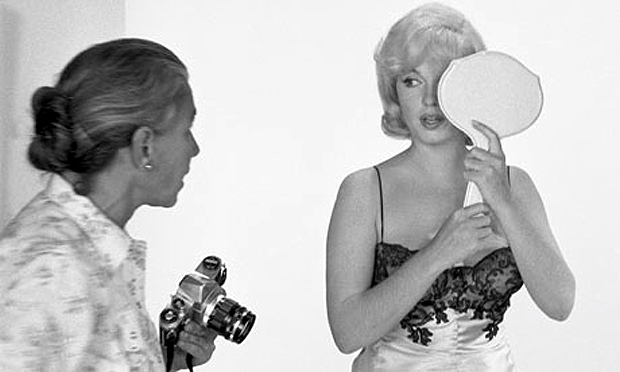 The acclaimed American photojournalist, Eve Arnold, died last week at the grand old age of 99. Best known for her photographs of Marilyn Monroe (taken over a 10 year period), especially those on the set of her final film, ‘The Misfits’ (1961), she had unrivalled access to the movie icon with her shots, often candid, capturing the human side of the Hollywood legend.

Lesser known are the photos she took in Harlem, including (below) Josephine Baker, Elijah Muhammad & Malcolm X, and the model Charlotte Stribling (aka ‘Fabulous’). 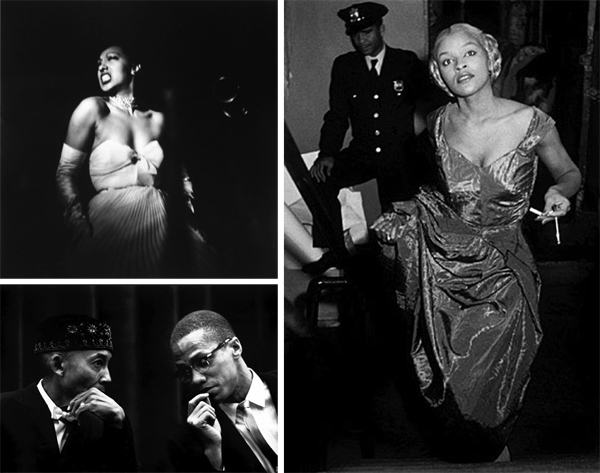 Arnold’s photo of Charlotte Stribling, who appears to be one of the most popular black models of her age, stands in sharp contrast to her work with Marilyn Monroe, one of the most photographed women of the 20th century. I find it sad that so little is known about someone who was obviously such a shining star within the community in which she lived. She has no Wikipedia entry, and there are only 2 photographs of her I can find online. The only information I came across was via the Black Studies Database, along with the other photo I mentioned (not by Eve Arnold as far as I’m aware):

The African American model Charlotte Stribling, or “Fabulous” as she was known, relaxes during a fashion show in Harlem’s Abyssinian Church, 1950. During this period Harlem hosted an average of 300 fashion shows a year, many of them showcasing clothes that the models themselves or local seamstresses had made. Many of the shows became both a subtle form of protest at the white fashion industry located in and around New York’s Seventh Avenue, and a source of great pride in local black industry. “Fabulous” had a huge personal following and was one of the most sought after models in the area. The Abyssinian Church itself had been a center for the Civil Rights Movement, particularly under the pastorship of Rev. Dr. Adam Clayton Powell, Sr.

Eve Arnold died in London, where she’d lived since the ’60s, on January 4th.

*(added on 05.02.12) I originally became aware of Eve Arnold, and her Harlem photographs, via the brilliant 1996 BBC Omnibus Documentary ‘Eve Arnold – In Retrospect’. When I heard she’d died I looked for it on my old VHS recordings, but with no luck. So, as you can imagine, I was delighted to discover it was repeated on BBC Four following her death. It was also great to see some other shots of Charlotte ‘Fabulous’ Stribling – it’d be great to see all Arnold’s Harlem photographs published in a book, but I can’t find anything. I did buy a copy of the excellent ‘Eve Arnold’s People’ however. Info here: http://www.tandhblog.co.uk/2012/01/a-tribute-to-eve-arnold/ 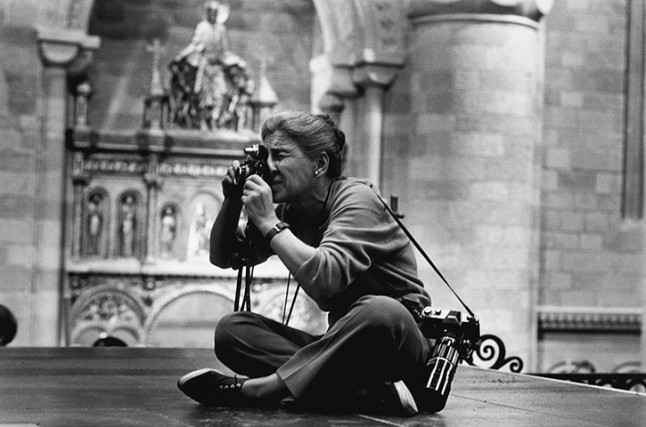 Year Of Decision
Confused, Misused And In The Dark