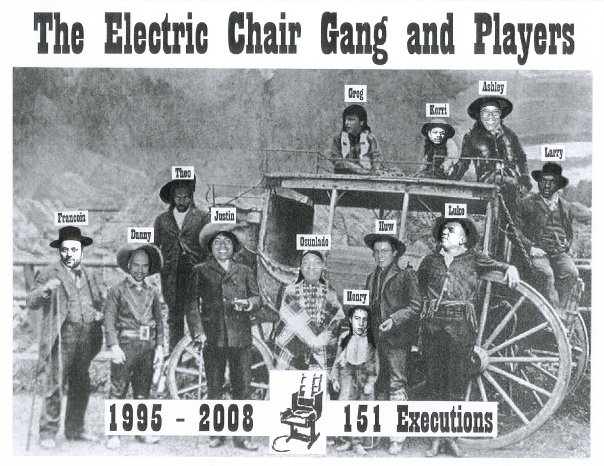 As you’re no doubt aware, Manchester holds special significance for me, dating back to my fruitful association with Legend in the early ’80s. I talked about the return to my ‘spiritual home’ to reactivate my DJ career in the recent Music Is Better Re-Edited Highlights post: https://blog.gregwilson.co.uk/2011/09/music-is-better-re-edited-highlights

Last April the city was once again where I went to try out a new idea – Reels Of Steel, in which a further visual element is introduced whilst I DJ, the chosen venue being the recently refurbished Band On The Wall. I’ve since presented Reels Of Steel at Glastonbury and Bestival, and I’m back at Band On The Wall for a second instalment this Friday. This quartet of appearances are the prelude to the full launch of Reels Of Steel next year, giving me the opportunity to further develop the idea and iron out any rough spots in the process. Here’s some footage from last time that’s just been uploaded onto YouTube:

I thought this would present an opportune moment to look back to another memorable Manchester night, a key personal milestone for me, when I played the Electric Chair for the first time. I’ve made the recording of this available as exclusive content via my SoundCloud – this means you need to be signed in to access it. If you’re new to SoundCloud, you’ll need an account, which is simple to set up, and once you’ve done that just click ‘follow’ on my page and you’ll receive an email to let you know when you can download this, plus other exclusive content. My SoundCloud is:
http://soundcloud/gregwilson.co.uk 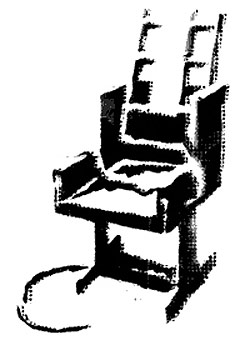 The Electric Chair, with its legendary residents, The Unabombers (Luke & Justin), ran from 1995-2008, hosting 151 ‘executions’. A who’s who of guests, from both sides of the Atlantic, appeared during this time, and it was the favourite UK night of so many DJs. After 13 years they decided to go out at the top, their beloved ‘dirty basement’ still packed to the rafters for the monthly sessions (the venue, the Music Box, was previously another influential Manchester club called Rafters, which I first became aware of in the late ’70s when it was at the forefront of the North’s Jazz-Funk scene, with DJs John Grant and Colin Curtis at the helm). Luke & Justin now run a successful bar, Electrik, in Chorlton, Manchester, whilst still making DJ appearances – they also host the Electric Elephant Festival in Croatia once a year.

Playing for the first time at the Electric Chair, on February 26th 2005, was a big deal for me, not only because it was the leading night on the scene I was now a part of, but also because it represented a lineage of cutting-edge Manchester clubbing dating right back to the ’60s, including Legend and The Haçienda, 2 landmark clubs I had the good fortune to be personally associated with 2 decades earlier.

So, as you can appreciate, there was a deeper sense of time and place, almost a sniff of destiny, about that night at the Electric Chair for me. I’d prepared in accordance, putting together some new edits for the occasion. I started off with a mash-up, ‘Soul Squelch’, which coupled a contemporary track, ‘Squelch’, by Manchester’s own Dubble D, a Chair regular, with the classic Rakim rap from ‘I Know You Got Soul’ (Eric B & Rakim), which harked back to my ’80s Hip Hop connections with the city – this would be pressed-up on the first Redux 12” as ‘Soul Squelch’ (by Dubble D & Rakim). My friend Tim Collins, who was in attendance, made a short animation inspired by the night, featuring the ‘Soul Squelch’ opening (complete with Luke Unabomber’s introduction), which he’s just put back up online:
http://youtu.be/QFm2rg1Dov0 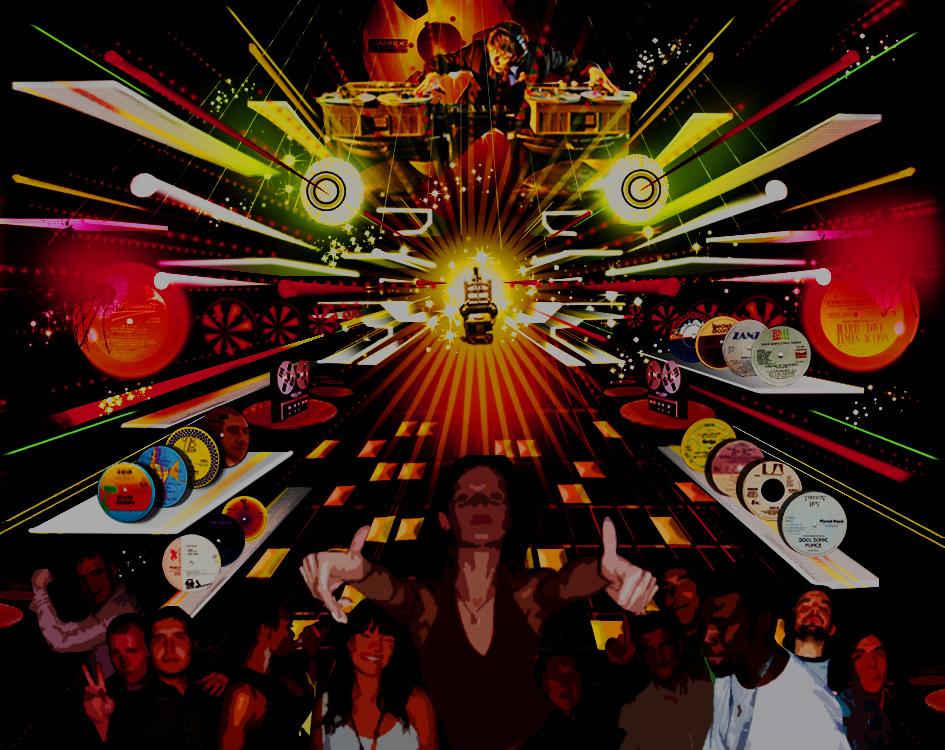 My final track, again specially edited for the occasion, was Mr Bloe’s harmonica workout, a feelgood favourite from my younger years, 1970s ‘Groovin’ With Mr Bloe’. This would later be become more widely known as the closing cut on my first ‘Credit To The Edit’ compilation, which was issued the following August.

The recording features an additional ‘one for the road’ track, which was an extended edit I did of ‘The Word’ by The Beatles. Luke and Justin always played the last spot, but they got me to come up at the end of the night to spin a final tune, and this is what I went with. Also, the recording is presented here for the first time as a whole 2 hour mix. It was originally split into 2 CD length halves, hence the fade out you’ll hear on ‘WFL’ by the Happy Mondays at the end of what was Disc 1.

Prior to my initial Reels Of Steel at Band On The Wall, Stretch Disco, who were hosting the night, put a YouTube piece online, where I was interviewed about my career defining ‘Manchester Moments’ – Legend and The Haçienda first time around, and Music Is Better and the Electric Chair more recently. Here’s what I said about my Chair debut: 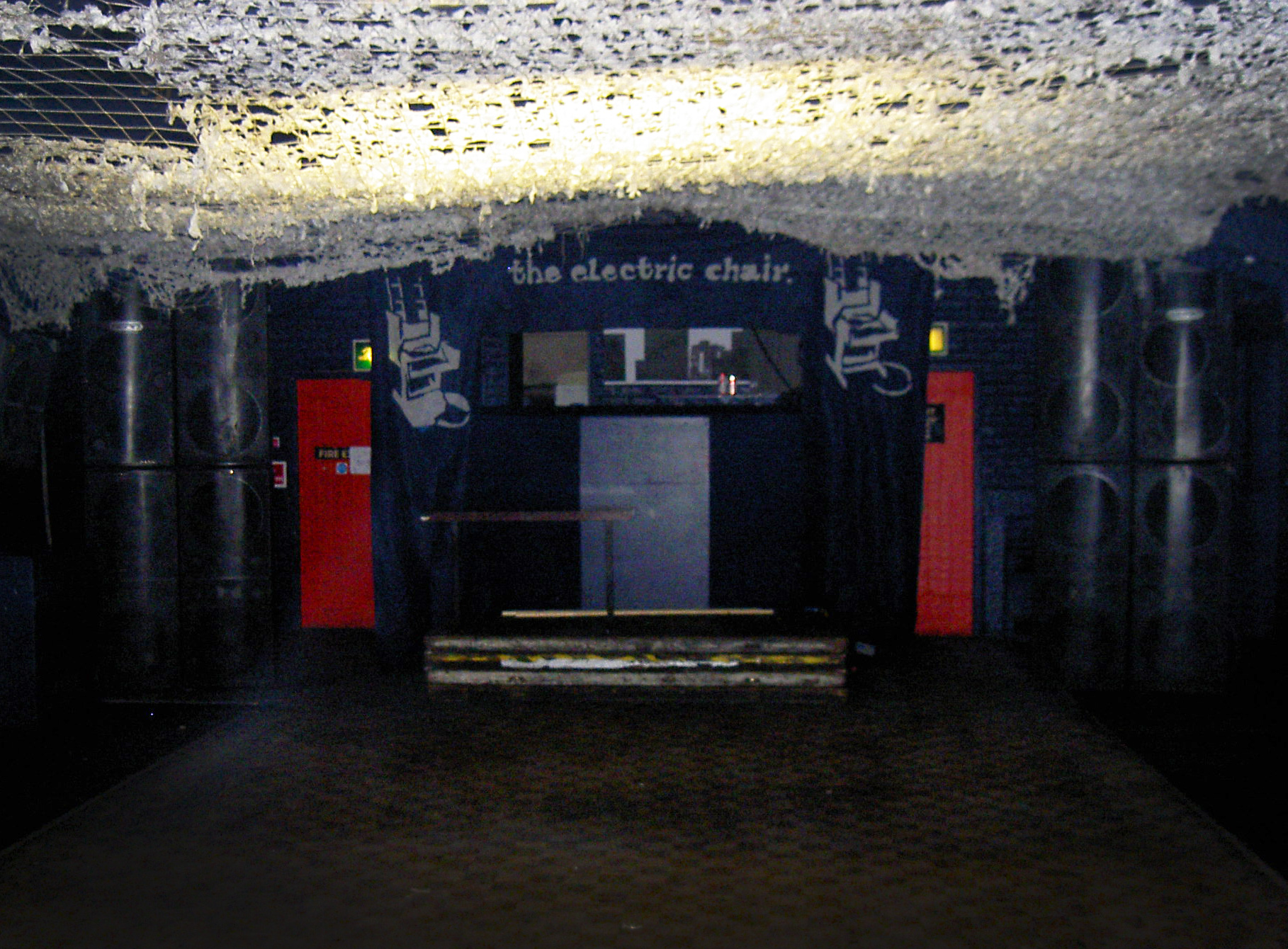 “I knew about the Electric Chair beforehand, and I’d recognised it as the leading night on the scene, not just in Manchester but nationally. I think Electric Chair is one of these nights that, now, I don’t think people give full credit to – it will need a separation of time, give it 10 years and people will talk about the Electric Chair in real hallowed terms because, you know, the amount of nights up and down the country that I’ve done since that have said that they got their inspiration from the Electric Chair. It was just such a great night!

What they were doing was mixing all the different styles together and I think that reconnected to the original spirit that went back to my time (at Legend). I can remember when I first went in there, listening to some of the tracks that were being played – I knew that Justin (Unabomber) had come from an Indie side, he was in a band called The New Fast Automatic Daffodils, and I was aware of this, but I didn’t know much about Luke at the time. I thought there’s a connection back to the black scene here, but I couldn’t quite work out what it was, and then I realised what it was, it was that Luke was from Sheffield and he’d been schooled at a night called Jive Turkey, which Winston (Hazel) and Parrot were the DJs at. Now they were kids on the scene who used to come to the All-Dayers that I used to do – no doubt that they came to Legend and stuff. So it’s all within that side of things, and he (Luke) made his connection there, and that made perfect sense to me as to why that black sensibility was there within the music that was being played at the Electric Chair.

It was an incredible night, I mean they still do one-offs now, but obviously the night was at The Music Box – not the original though, they started in pubs in the ’90s. I mean it was going for a long time beforehand but eventually found its home at The Music Box with a real dedicated crowd who were really into the music and everything. So when I came to play there it was like a homecoming in a way, and in a sense it made me feel like I’d arrived as a DJ again – it had gone beyond the stage that here’s somebody from the past and there’s a novelty value aspect to it, to somebody who’s current and doing stuff now, and I felt that very much with playing at the Electric Chair, with the warmth and reception of the crowd.”

The full ‘Manchester Moments’ clip can be viewed here:
http://www.youtube.com/watch?v=MXHJQ_mDPiU 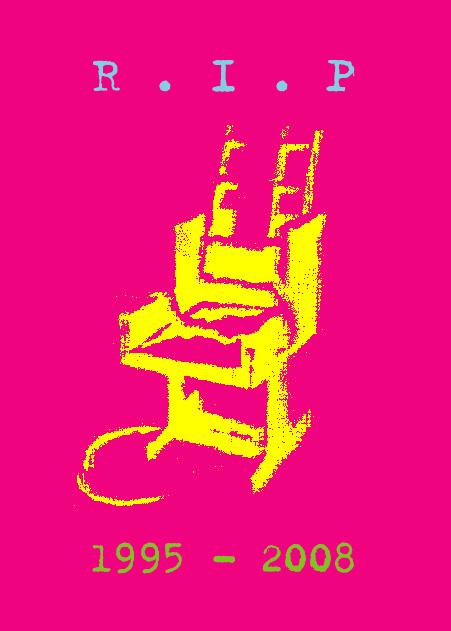 On December 29th 2007, at their ‘Last Supper’ event, I was the final DJ (with the exception of the residents) to play at the Chair. All my selections that night were either by Manchester artists, or had strong Manchester connections – the first being my edit of 808 State’s ‘Pacific State’, featuring Jesse Jackson’s Wattstax invocation, which just over a year later provided the finale for my Essential mix on BBC Radio 1 (check it out at SoundCloud: http://soundcloud.com/gregwilson/808-state-pacific-state-greg ). My concluding track was ‘I Wanna Be Adored’ by the Stone Roses.

Surprisingly there’s no Wikipedia entry for this seminal club night. Hopefully this will be resolved before too long.

3 Responses to Manchester Vibes In The Area