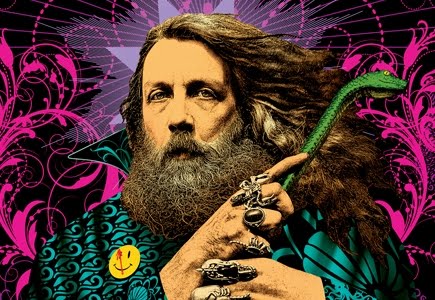 “In my work as an author, I traffic in fiction, I do not traffic in lies.”

This is the opening line from the absorbing documentary / monologue, ‘The Mindscape Of Alan Moore’ (thanks to the Tietavainens for tuning me into it), which highlights the life, work and wisdom of who I now believe to be one of the greatest writers of our time.

It’s only three months since I blogged about ‘Getting My Dylan On’, setting the wheels in motion for a voyage of discovery that took a turn in a direction I hadn’t anticipated,  into the world of ‘Watchmen’ and onto the author behind it, feeding me full of impressions and insights as a whole new vista opened up.

Dez Vylenz’s documentary was issued in 2003, but is probably even more relevant now. I’ve watched it at least half a dozen times in the past month, showing it to different people, all of whom have found it compelling, and somewhat alarming. The second time I saw it was especially affecting, given that straight after it had finished I walked into the other room where the TV was showing live images of buildings ablaze as the London riots caught fire – the poignant connection with the concluding sequence of the documentary was clearly seen.

Rewind back to the beginning, where Moore tells us about his formative years in Northampton, and how comics provided the escapism that unlocked his imagination. We’re then propelled into a wide spectrum of inter-connected issues including, politics and religion, culture and art, the media and advertising, celebrity and its pitfalls, information overload, horror and erotica / pornography, the mind and the soul, alchemy and science, the spiritual world and the age of reason, conspiracy theories, consciousness, the limitations of Western thought, quantum physics, our perception of time, and, most of all, magic, which plays a central role in the life of this master of words. There’s certainly a lot crammed in there to think about, yet it all comes together at a wonderfully measured pace as each word of Moore’s message is made to count.

Also highly recommended is the comprehensive new book ‘Alan Moore: Storyteller’, an integral overview written by Gary Spencer Millidge  – I’ve been well and truly spoilt with all this good stuff! 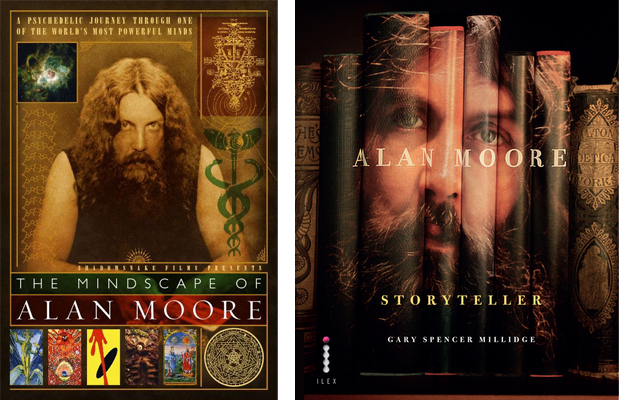 I’ll leave you with a quartet of quotes from ‘The Mindscape Of Alan Moore’ to further whet your appetite:

Taking a leap of faith:

“Anything of any value in our lives, whether that be a career, a work of art, a relationship, will always start with such a leap. In order to be able to make it you have to put aside the fear of failing and the desire of succeeding. You have to do these things completely purely without fear, without desire. Because things that we do without lust or result are the purest actions that we shall ever take.”

The job of artists:

“The alchemists had two components to their philosophy. These were the principles of Solvé et Coagula. Solvé was basically the equivalent of analysis, it was taking things apart to see how they worked. Coagula was basically synthesis, it was trying to put disassembled pieces back together, so that they worked more efficiently. These are two very important principles which can be applied to almost anything in culture. There has recently in literature for example been a wave of post-modernism, deconstructionism. This is Solvé. Perhaps it is time in the arts for a little more Coagula. Having deconstructed everything, perhaps we really should be starting to think about putting everything back together.”

The theory of human information doubling:

“As I understand it, at the last count human information was doubling around every 18 months. Further to this, there is a point somewhere around 2015 when human information is doubling every thousandth of a second. That means that in each thousandth of second we will have accumulated more information than we have in the entire previous history of the world. At this point I believe that all bets are off. I cannot imagine the kind of culture that might exist after such a flashpoint of knowledge. I believe that our culture would probably move into a completely different state, would move past the boiling point, from a fluid culture to a culture of steam.” 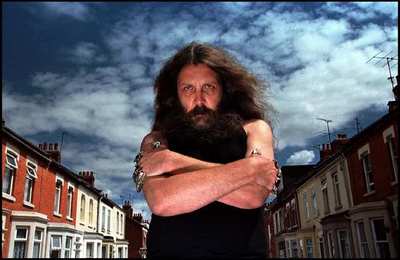 Mixmagminimix
Astrid And The Exis

4 Responses to The Mindscape Of Alan Moore