By Greg Wilson on September 22, 2011 in Art & Design, Film, Merseyside, Photography, The Beatles, The Sixties 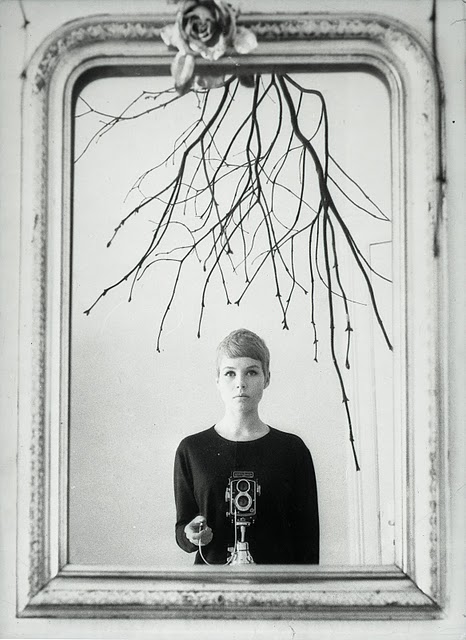 Stayed in a mad hotel last Friday, the Karim Rashid designed Nhow in Berlin. If you like pink, then this is the place for you – it’s literally everywhere. Not really my cup of tea, all a bit garish and, as someone put it ‘Barbie girl in a Barbie world’, but certainly somewhere you’re not going to forget in a hurry. Described as a ‘music and lifestyle hotel’, you can have guitars and keyboards delivered to your room, and the upper section of the building houses two recording studios, which are run by the company that manage Berlin’s legendary Hansa studio (best known for David Bowie and Iggy Pop’s patronage in 1977 – ‘Heroes’ and ‘Lust For Life’, both recorded there, and ‘Low’ and ‘The Idiot’ partly recorded).

After having breakfast at the hotel with Munich DJ Bartellow, we looked at some photographs displayed near the bar, including a self-portrait of Hamburg photographer, Astrid Kirchherr, who, along with Klaus Voormann and Jürgen Vollmer, her fellow ultra-cool ‘Exis’ (pronounced ‘Exies’ and named after the existentialism of its chief proponents, the French writers Jean-Paul Sartre and Albert Camus), made such a positive impression on The Beatles during their trips to perform in the city during the years leading up to their domination of the British music scene in 1963, and the subsequent worldwide phenomenon they’d ignite.

All three would play their part in the Beatles story. Voorman’s main contributions came later, when he designed the sleeves to ‘Revolver’ (1966) and, three decades on, ‘The Beatles Anthology’ (1995/96), he would also be the bass player with ’60s favourites Manfred Mann, before becoming a member of John & Yoko’s Plastic Ono Band. Vollmer is credited with inspiring the moptop hairstyles, which would become synonymous with the Fab Four during their initial rise to fame. He also took many photos of the group, including the one that was used for the sleeve of John Lennon’s album ‘Rock ‘N’ Roll’ (1975), which celebrated the music of his youth. Kirchherr’s photos (along with those by Vollmer) are an important document of this early period, and helped define their image. Although Kirchherr never took the shot on the sleeve of the bands second album, ‘With The Beatles’ (photography by Robert Freeman), this was very much influenced by some of her Hamburg photos where the faces were in half-shadow.

Stuart Sutcliffe, John Lennon’s best friend from Liverpool College Of Art, was a bass player by default, his real talent being as a painter (he’d been persuaded by Lennon & McCartney to buy a bass guitar with the money he’d received from the sale of a painting he’d had exhibited at Liverpool’s Walker Art Gallery, whilst still a student). He joined their group, then called Johnny & The Moondogs, and is said to have suggested the name The Beetles, taken from the motorcycle gang in the Marlon Brando film ‘The Wild One’ (1953), which, like Buddy Holly’s band The Crickets, was the name of an insect (this would, of course, eventually evolve into The Beatles, with Lennon changing an e for the a, putting a different twist on the name by referencing the beat music the group played). 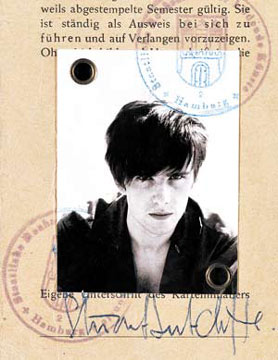 Sutcliffe and Kirchherr (who was Voorman’s girlfriend when they first met The Beatles) would embark on their ultimately tragic love affair in 1961. Sutcliffe left The Beatles to remain in Hamburg with Kirchherr, and enrolled in the Hamburg College Of Art, under the tutelage of pop artist Eduardo Paolozzi. The couple got engaged, but the following year he collapsed in the middle of an art class in Hamburg after complaining of head pains (subsequently attributed to having been beaten up following a Beatles gig in Liverpool), and, with doctors unable to get to the root of his condition, he died, aged just 21, on April 10th 1962. The following day his former bandmates headed back to Hamburg for their latest stint, completely unaware of what had happened to their friend. They were met at the airport by Kirchherr, who informed them that he had died of a brain haemorrhage.

The film ‘Backbeat’, on which she worked as an advisor, focused on the pre-fame Beatles period, bringing the story of Astrid & Stu’s relationship to centre stage in 1994. It’s recently been adapted as a theatre production, which is soon to open in London’s West End. This comes hot on the heels of Arne Bellstorf’s ‘Baby’s In Black’ (2010), a graphic novel about the couple and The Beatles’ Hamburg days (‘Baby’s In Black’ is, of course, a Beatles song from 1964, written about Kirchherr, who had obviously been distraught at the death of her partner). 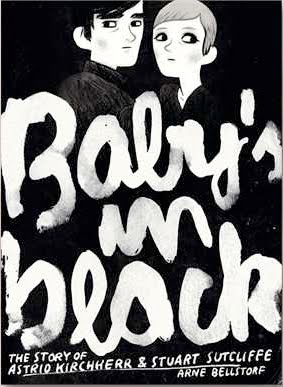 This coming weekend, Guernsey’s in Manhattan will auction off approximately 600 prints and negatives of the early Beatles,  taken by Kirchherr from 1960 onwards, a number of which have never previously been seen by the public.

The Mindscape Of Alan Moore
Living To Music – Nirvana ‘Nevermind’