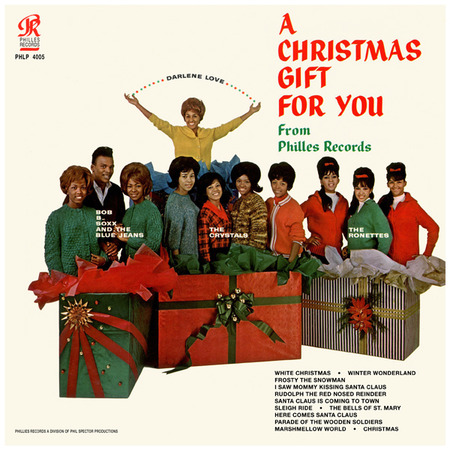 One of my favourite things about Christmas is that it provides the opportunity for me to give an annual listen or two to what some would regard as Pop’s first concept album – the seasonal masterpiece, ‘A Christmas Gift For You’ (aka ‘Phil Spector’s Christmas Album’) issued on Spector’s Philles label, which was originally released at the height of the seminal producer’s powers (although, inauspiciously, on the very day JFK was assassinated – November 22nd 1963).

Featuring Phil Spector’s ‘Wall of Sound’ in its prime and his early stable of artists, the Ronettes, Crystals, Darlene Love, and Bob B. Soxx & the Blue Jeans, A Christmas Gift for You From Phil Spector stands as inarguably the greatest Christmas record of all time. Spector believed he could produce a record for the holidays that would capture not only the essence of the Christmas spirit, but also be a pop masterpiece that would stand against any work these artists had already done. He succeeded on every level, with all four groups/singers recording some of their most memorable performances. This is the Christmas album by which all later holiday releases had to be judged, and it has inspired a host of imitators.

Thanks to the wonderful resource that is YouTube you can hear the entire album here:

Key to this record (and Spector’s signature ’60s ‘Wall Of Sound’ in general)  were ‘The Wrecking Crew’ – the crack pool of LA session musicians who included Hal Blaine (drums), Carol Kaye (bass), Al Casey and Glenn Campbell (guitar) and Leon Russell (keyboards), and, who along with ‘The Funk Brothers’ at Motown, were the unsung heroes of the ’60s hit parade, playing on literally hundreds of chart records (remarkably, Blaine alone is credited with playing on almost 40 American number 1s!). 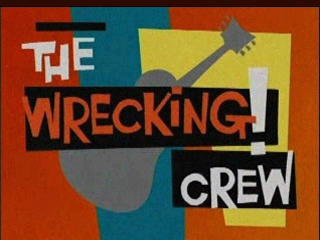 A documentary film about The Wrecking Crew, by Danny Tedesco (son of crew member Tommy Tedesco), did the rounds at a number of US film festivals in 2008, but, sadly, has yet to make it onto DVD. Here’s a trailer:

‘Silent Night’, the final track on ‘A Christmas Gift For You’, features the spoken words of Spector himself (who was born on Christmas Day in 1940), thanking the artists and extolling the yuletide joys. This takes on a somewhat sinister tone in hindsight, given how things have turned out in his troubled life during more recent times. Spector was always fooling around with guns, so it would have come as little surprise to many when he was convicted of murder, after shooting Laura Clarkson in 2003, and jailed for what’s likely to be the rest of his life in 2009. Having read Mick Brown’s excellent book ‘Tearing Down The Wall Of Sound – The Rise And Fall Of Phil Spector’ it’s clear that this was a tragedy waiting to happen (I personally don’t believe that he meant to do it, but his reckless gun play was bound to take a life sooner or later). 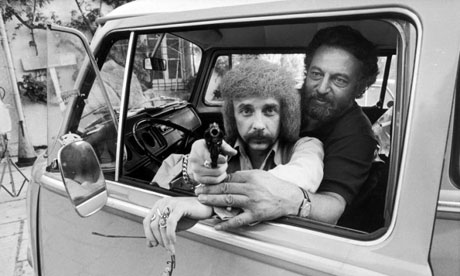 It’s a shame that this great producer has tarnished his legend via his actions outside of the studio, but this shouldn’t detract from the groundbreaking recordings he made with such wonderful musicians and vocalists. Every home should have a copy of ‘A Christmas Gift For You’ (especially those with kids) as it captures the magic of Christmas like no other record. Spector is the archetypal flawed genius, a complicated man who wrestled with his demons (stemming from his father’s suicide when he was just 8 years old), but ultimately lost. 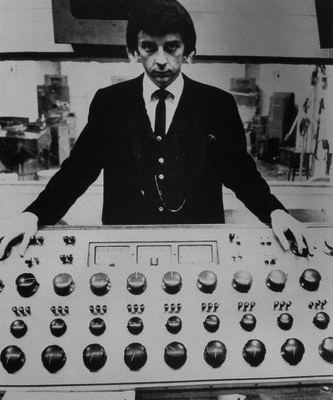 Bronx born Spector returned to New York in 1971 to produce a further Christmas classic – ‘Happy Christmas (War Is Over)’ by John & Yoko / The Plastic Ono Band with The Harlem Community Choir:

A Christmas Gift For You Wikipedia:
http://en.wikipedia.org/wiki/A_Christmas_Gift_for_You_from_Philles_Records

One Response to A Christmas Gift For You