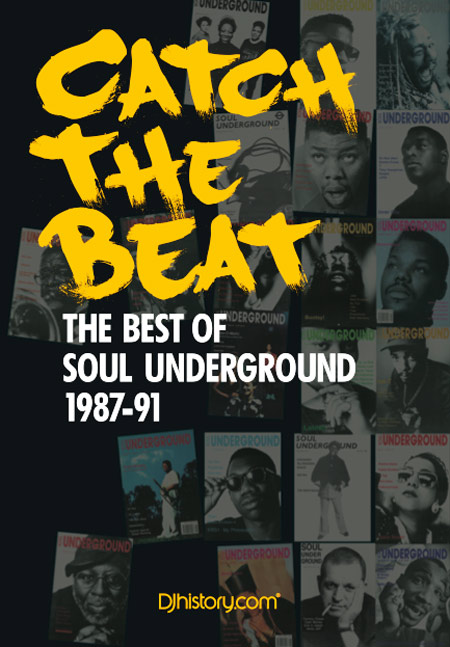 A great new book documenting the London based dance publication Soul Underground is now available via DJ History. ‘Catch The Beat’ spans the pivotal years 1987-1991, as UK dance culture was breaking out of its previously specialist confines and coming right into mainstream focus.

David Lubich, the founder of Soul Underground, was someone I met in the early ’80s, when he was studying in Manchester. In 1984 he contacted me to ask if he could take some photos of me at Legend, one of which has been much used subsequently. 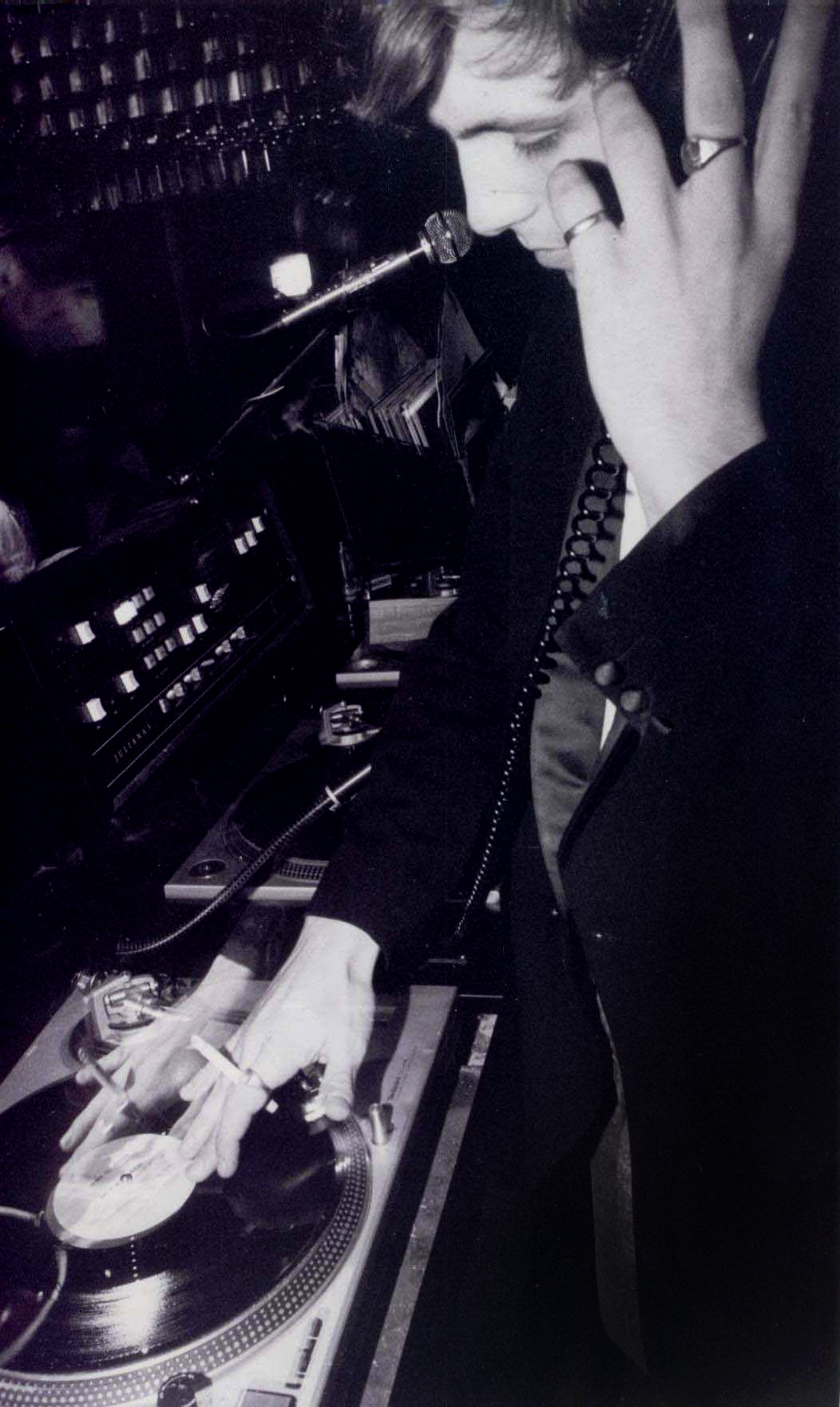 This happened at a time when I’d returned to Legend for a few months following my ‘retirement’ at the end of ’83, the Wednesday night then but a shadow of its former greatness. It was a particularly distressing situation for me personally. Having initially been successful in my efforts to break into production things conspired to turn decidedly sour – the Street Sounds ‘UK Electro’ album, which I was heavily involved in, had reached number 60 on the album chart the previous summer, but the project ground to a halt after I clashed with one of my collaborators. With no income of note to pay my bills my car was repossessed, and I was getting seriously behind with my mortgage repayments (my house was eventually taken from me the following year). Suffice to say the shit had hit the fan and I was in a big financial hole.

It was against this background that I received a phone call from the management of Legend asking me if I wanted to come back on the Wednesday – things hadn’t worked out with Chad Jackson, who’d followed me in there at the beginning of the year. However, my pride wouldn’t allow such a drastic u-turn, so I declined their offer – it would have been humiliating for me to go back, with my tail between my legs, admitting I’d failed in my production pursuit. Besides, I had absolutely no inclination to start deejaying again – away from the money problems, I was enjoying a life outside of the clubs where I’d spent so much of my existence since I was fifteen, back in 1975.

I knew that turning down the Wednesday night and the money I’d earn from doing it, which would have kept me afloat during this turbulent period, was somewhat suicidal, so when I received a second call, asking if I’d consider covering the night until the end of the year, when Mike Shaft, who presented the Soul Show on Piccadilly Radio, had agreed to take over, I swallowed my pride and agreed to be the stopgap. At least I’d be able to get through until Christmas with my head above water, and hopefully my production ambitions would take an upturn in the meantime.

It was my worst experience as a DJ. This was the club where I’d enjoyed my greatest highs – I loved Legend. When I’d left there was no club night in the country more upfront, whilst it was packed to the rafters week in week out with queues stretching right up Princess Street. One of the reasons I’d stopped deejaying was because I sensed a schism in the scene was about to open up, breakdancing and the emerging Hip Hop culture changing the dynamic – I was proved right, and now, as fate would have it, found myself suffering the very consequences I’d intended to avoid. The night had been losing people at an alarming rate and was only half full when I returned, whilst the music policy was no longer as cutting-edge as it had been when I was previously there. I simply didn’t have the heart for this anymore, and had to summon all my professional instincts to do a salvage job, managing to stabilize the night before it was lost completely. I felt like I was prostituting myself during those few bleak months, as the only reason I was there was because I desperately needed the money – something that’s never been my motivating factor as a DJ, before or since. 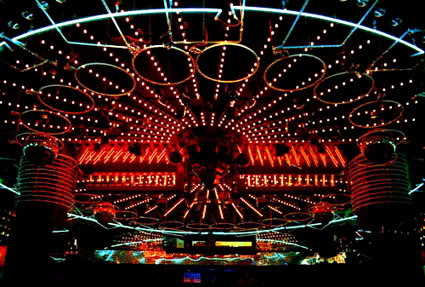 There was a silver lining however. My Legend finale was an All-Nighter at the end of the year, which I’d somehow summoned the energy to promote – it turned out to be the best attended night in the club’s history, Legend packed solid from beginning to end, with a one in one out system operating right through until the following morning . I could smile again as it felt, for one night only, like I was re-visiting that remarkable 82/83 period when Legend reigned supreme. Thankfully I went out on a real high after the toil of the previous months had threatened to sully my memories of this wonderful club.

It’s ironic that the photograph that nowadays illustrates my time at Legend was taken at this point, rather than during the halcyon days, but, on reflection, it was a great thing that David could capture this, despite the soul destroying circumstances.

David never forgot his experience up North and, although Soul Underground was a London publication, he still had an eye on what was going on in Manchester, aware it was a city with its finger very much on the pulse, which, during the lifespan of the magazine, took on global significance as dance culture swept through the masses like wildfire, shedding its specialist skin in the process.

Soul Underground sat at the cusp of this change, so it was a highly significant cult publication that captured the essence of the era, covering the entire spectrum of black / dance music that made such a collective impact during those heady days.

Throughout this period I was managing and producing the Ruthless Rap Assassins. Although their first album wasn’t released until the summer of 1990, Soul Underground had them on the front cover as far back as September 1988 (this was the first time the Rap Assassins made it onto the cover of a magazine). It was that kind of publication, shining a light into previously obscured corners of the various specialist scenes, and helping make sense of what was going on beneath the surface. 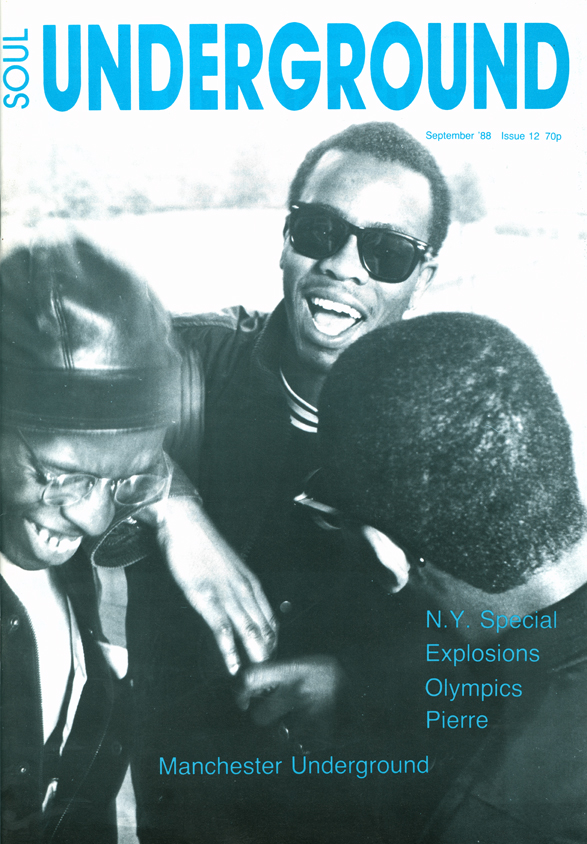 So, given its legacy, it was great to be able to set the wheels in motion for this book to be published by putting David in touch with Bill and Frank at DJ History. Needless to say that ‘Catch The Beat – The Best Of Soul Underground 1987-1991’ provides an important addition to the ever growing documentation of British dance culture.

Those Tokyo Cats Know Where It’s At
My First Record

3 Responses to Catch The Beat