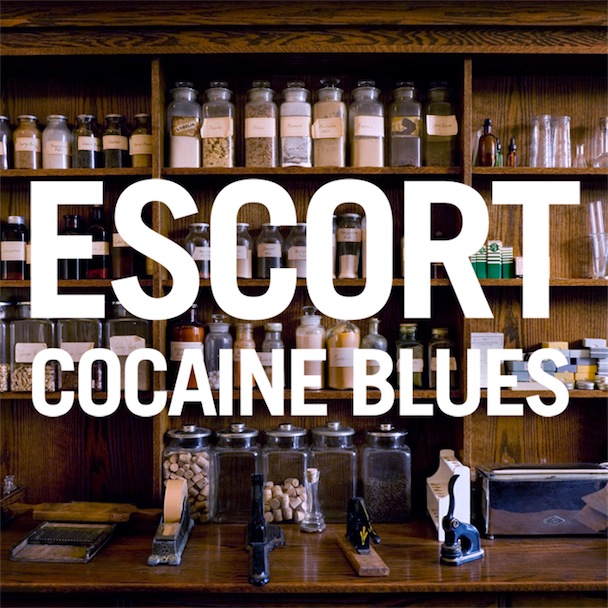 My remix of ‘Cocaine Blues’ by Brooklyn’s Escort has been causing a bit of a stir since I started playing it out during the summer, and the buzz has intensified in the last few weeks, having been uploaded onto SoundCloud.

Anyhow, for all those who’ve been asking, I’m pleased to inform you that the 12” is now available, with digital download due in November.

Very much a band in the traditional sense; the Brooklyn based collective have utilised drums, bass, guitar, keyboards (including Rhodes electric piano), percussion, trumpet, saxophones, trombone, french horn, flute, violin, viola and vocals on their recordings to date. Here’s some footage of them performing ‘Cocaine Blues’ live:

The roots of this track lie in two records from the ’70s – Dillinger’s ‘Cokane In My Brain’ (aka ‘Cocaine In My Brain’)’ and ‘Do It Anyway You Wanna’ by Peoples Choice.

When I first started out in the clubs, back in December 1975, ‘Do It Anyway You Wanna’ was still one of the biggest tunes around, having enjoyed modest success on the UK chart a few months earlier (reaching #36). I can’t help but think of Terry Lennaine, the Radio Merseyside Soul Show presenter, in connection with this single, as he used it for one of his best-known jingles, ‘it’s a Terry Lennaine Soul climber’, sung along with the bassline. One of the funkier offerings on Philadelphia International, ‘Do It Anyway You Wanna’ isn’t a typical Philly Sound record, but remains one hell of a groove, right up there with the best of the era – here it is: 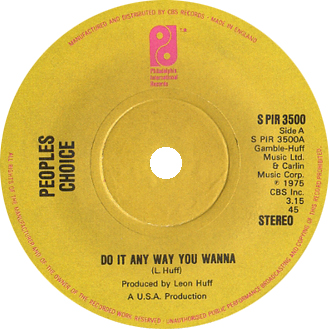 In 1976 I was rummaging around a record shop in Birkenhead called Skeleton, which attracted a more rock based clientele, when I heard that unmistakable Peoples Choice bassline, but over the top of a killer Reggae tune about someone called ‘Jim’ who keeps making a mistake when asked to ‘spell New York’ (which he spells correctly in the literal sense) by ‘John’, who tells us he has ‘cocaine runnin’ around my brain’. Packed full of wonderfully surreal lyrical content, including ‘a knife, a fork, a bottle and a cork, that’s the way we spell New York’ and ‘every time I walk in the rain, man o man I feel a pain, I feel a burning pain keep on burning in my bloody brain’, I’d never heard the likes before! Without hesitation I went up to the counter and asked for a copy of whatever was playing, which happened to be by Jamaican toaster Dillinger (aka Lester Bullock). There were a couple of subsequent versions issued, but this is the one that stopped me in my tracks that day: 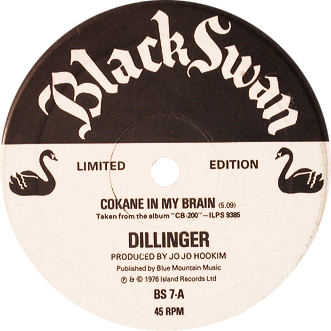 There’s another more obscure vocal reference within the Escort single – Hamilton Bohannon’s ‘Disco Stomp’, once again a big club hit from 1975, which includes the line ‘chick in the car but the car won’t go, Chicago’.

So, as you can see, it’s very much a case of the past colliding with the present for this inspired new release, which helped make it such fun to remix. I centred it around the ‘I don’t wanna stop’ vocal part, which, for me, symbolises the trap of moreish abuse that many cocaine users fall into.

It’s the second Escort track I’ve worked on, the first being the version of ‘Starlight’ I put together that appeared on Credit To The Edit Vol 2 last year (also featured on one of the accompanying C2theE2 12” releases), and, unless it implodes under the sheer weight of numbers (twenty musicians listed last count), it’s definitely a band I believe will go on to make their mark outside of the city you spell with a knife, a fork, a bottle, and a cork.

3 Responses to A Knife, A Fork, A Bottle And A Cork