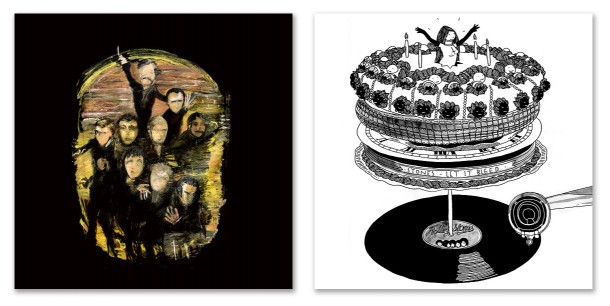 This is Pauline Amos’s re-interpretation of the Wings album sleeve for ‘Band On The Run’ (1973) and Kid Acne’s take on ‘Let It Bleed’ by The Rolling Stones (1969). They’re both part of the ‘Cover Versions’ exhibition that opens at the A Month of Sundays Gallery in Sheffield this Friday (10.09.10). Pauline’s contribution was also filmed as a performance painting, intercut with footage of the personalities on the original cover – James Coburn, John Conteh, Clement Freud, Denny Laine, Christopher Lee, Kenny Lynch, Linda McCartney, Paul McCartney and Michael Parkinson:
http://vimeo.com/14762181

I know Pauline from a long time back, so it’s great to see that she’s now making waves in the art world, her work having gained an international following. Pauline’s  ‘Use Your Body Use Your Vote’ campaign from earlier this year, encouraging young people to get down to the polling station,  helped bring her name to wider attention, with big support from Stephen Fry, a formidable champion who twittered her message far and wide. YouTube clip here:
http://www.youtube.com/watch?v=tKOd8Ujz-sU 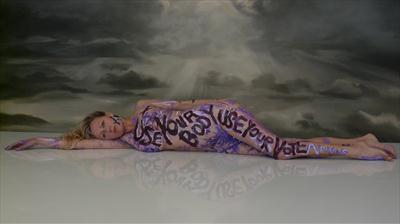 Pauline is also a member of the audio / visual collective Luxor with musician William Orbit and dancer Anna-Mi Fredriksson. 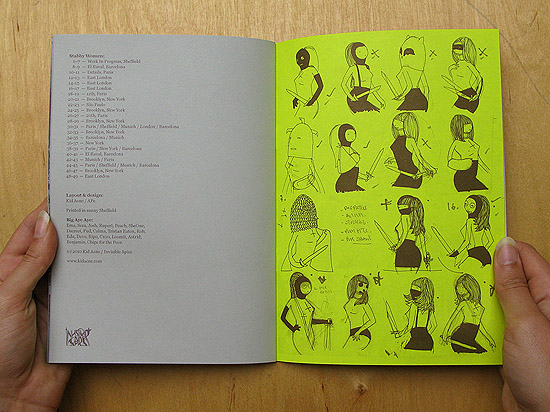