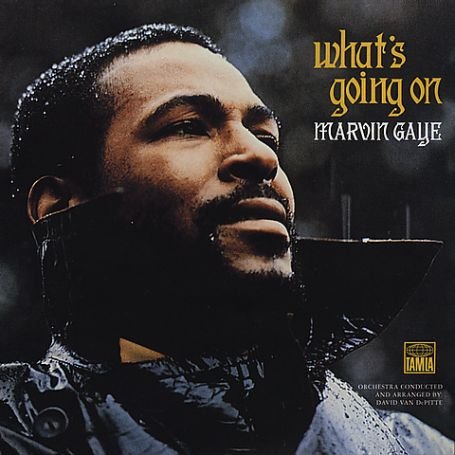 This Sunday, at 9pm, you’re invited to share a listening experience with some likeminded souls, wherever you might be. This can be experienced either alone or communally, and you don’t need to leave the comfort of your own home to participate. Full lowdown here:
https://blog.gregwilson.co.uk/2010/06/living-to-music/

To launch Living To Music, I’ve chosen an album that’s widely acclaimed as one of the greatest ever recorded, Marvin Gaye’s 1971 masterpiece, ‘What’s Going On’.  If you intend to take part, but don’t have a copy of the album yet, I’d suggest you buy the Deluxe Edition CD, which was issued in 2001 to mark the 30th anniversary of the release:
http://www.discogs.com/Marvin-Gaye-Whats-Going-On-Deluxe-Edition/release/354757

The two disc Deluxe includes the ‘Detroit Mix’, a fascinating alternative version of the entire album, which, as it says on the can, was mixed in Detroit, but never made in onto vinyl – a subsequent mix done in Los Angeles the following month, being the one released (and what we’ll be listening to on Sunday). Amongst the other extras there’s the wonderful ‘Rhythm & Strings’ mix of the title track, which some of you might have heard me play out, and a live presentation of the album (plus a medley of Marvin’s ’60s hits) from Washington D.C. in  1972 – this was the first time he’d performed live in a number of years. I honestly can’t think of a better way you could spend a tenner- this is value for money to the max! 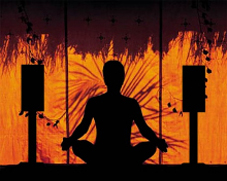 I hope you’ll join us this Sunday for the inaugural Living To Music session. I’ll be driving back from Dorset, where I’m appearing at Camp Bestival the previous night, to listen at home. You might have never heard ‘What’s Going On’ before, or, like myself, you may have heard it countless times, but that doesn’t matter – what does is that you set aside any previous experience with this album and listen, purely, to a great artist at his most inspired and inspirational.

After you’ve listened to the album it’d be great if you could leave a comment here sharing your impressions – how the music affected you, who you listened to it with, where you were, plus anything else relevant to your own individual / collective experience.