By Greg Wilson on April 4, 2020 in Black Culture, RIP, The Seventies 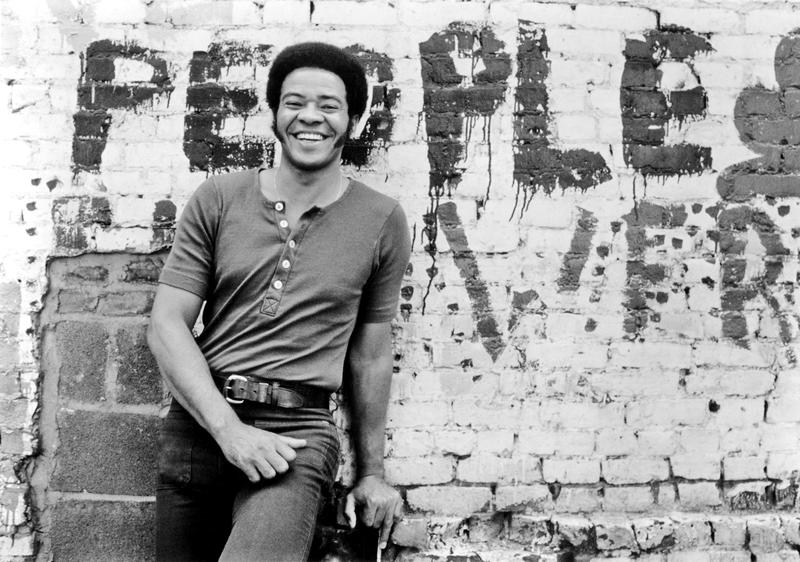 We’ve lost another great. Virginia-born Soul singer / songwriter Bill Withers died in Los Angeles on March 30th as a result of heart complications. He was 81.

Withers often slips under the radar in terms of his place in the higher echelons of black music, but this is something that wouldn’t have concerned the artist, who never sought fame and celebrity. He, especially via one of his signature tracks ‘Lean On Me’ (1972), provided a reassuring voice for those experiencing troubled times, his music authentic and empathetic, his unmistakable vocals both soothing and raw-edged, as he forged a style all of his own. Given the unprecedented problems the world is currently enduring, the anthemic quality of ‘Lean On Me’ is destined to resonate more strongly than ever during these uncertain times.

A late starter where his recording career was concerned, he joined the US Navy in the late-‘50s when he was 18 and served for 9 years. He re-located to Los Angeles in 1967 to concentrate on his musical career whilst employed on the assembly line in the aircraft industry. He was still working when he scored his first hit, the million-selling ‘Ain’t No Sunshine’, in 1971, regarding the music business as too fickle for him to initially risk resigning from his day job.

His output for these early years was limited to just a one-off single, ‘Three Nights And A Morning’ for the Lotus imprint in 1967, but things really took off for him once he signed to the LA-based label Sussex in 1970, and hooked-up with producer Booker T. Jones (the legendary keyboardist from Booker T. & The M.G.’s) to record his 1971 debut album ‘Just As I Am’. This included ‘Ain’t No Sunshine’, originally issued as the flip side to ‘Harlem’, but soon taking over as the lead track, reaching #3 on the US chart whilst making the UK top 40 – it would receive the Grammy award for ‘Best R&B Song’ the following year. A 13-year-old Michael Jackson, hot on the success of the Jackson 5, opened his 1972 solo debut LP, ‘Got To Be There’, with his own emotively-charged rendition of ‘Ain’t No Sunshine’, belying his tender years, which, although never released as a single in the US, became a top 10 hit in the UK.

‘Ain’t No Sunshine’ had announced Bill Withers as an artist and songwriter of true substance, with ‘Grandma’s Hands’ a further, albeit more modest hit (#42 US), taken from ‘Just As I Am’. The album reached #35 on the US chart and went top 10 R&B.

His second largely self-produced LP, 1972’s ‘Still Bill’, was his most successful, reaching #4 on the US chart and #1 R&B. It included the aforementioned ‘Lean On Me’, which gave him his only US #1 (also topping the R&B chart) and his first top 20 UK hit (a later version by the British pop group Mud, their final UK hit, would reach #7 in ‘76). Its follow-up, ‘Use Me’, fared almost as well, becoming his third million-seller and peaking at #2 on both the main US chart and the R&B list (Grace Jones would record a notable cover for her 1981 album ‘Nightclubbing’). Also included on the LP was ‘Who Is He (And What Is He To You)?’, which would be transformed into a proto-Disco favourite by labelmates Creative Source in 1974.

Late in 1972, his live performance at New York’s famous Carnegie Hall was recorded and released the following year, featuring his big hits to date, and has come to be regarded as one of the best live recordings of the ‘70s, ranking at #27 on Rolling Stone’s 2015 list of their 50 greatest live albums. The album sold much better with the R&B buyer (where it reached #7) than the pop audience, with ‘Live At Carnegie Hall’ peaking at #63 on the US chart, marking a decline in his popular appeal. 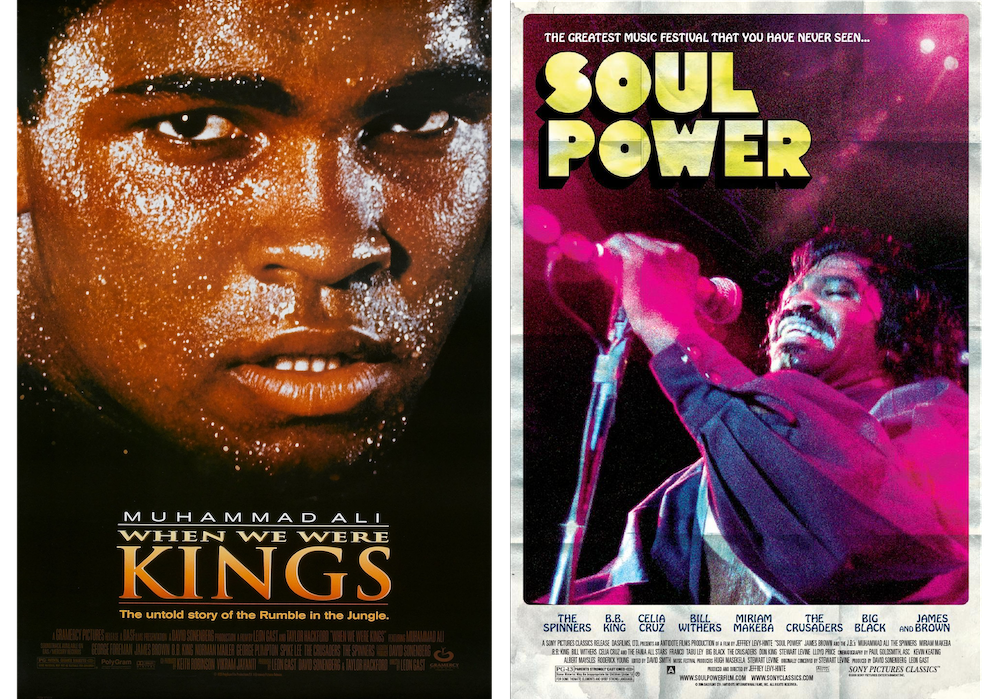 He was there in 1974 at boxing’s greatest occasion, the World Heavyweight title fight in the unlikely location of Kinshasa, Zaire, between champion George Foreman and the challenger Muhammed Ali, trying to regain the title that had been stripped from him 7 years earlier following his refusal to be drafted to the Vietnam war. History now recalls this as Ali’s defining bout, ‘the rumble in the jungle’, where, against all odds, he regained his title. Withers briefly appears in the Academy Award winning documentary film about the fight, ‘When We Were Kings’ (1996), and, of course ‘Soul Power’, the related 2008 account of the Zaire 74 music festival, which evolved around the fight and includes performances from artists including James Brown, The (Detroit) Spinners, The Crusaders, B.B. King and Withers. African musician Manu Dibango, who died earlier the same week as a consequence of COVID-19, also featured in the same documentary.

His third and final album for Sussex, ‘+Justments’, was also released that year, but fared less well than his previous offerings, peaking at #67 in the US (#7 R&B), its singles also falling short of previous heights. On top of this he hit a legal impasse with the label, and it would be a year before he began recording again, Columbia Records being his next port of call.

The first Columbia album, 1975s ‘Making Music’, failed to build on its predecessor – whilst repeating the #7 R&B placing it slipped to #81 Pop. The follow-up ‘Naked And Warm’ didn’t manage to place in the top 100, whilst it just missed the R&B top 40. His career was tailing off, and whilst still retaining a core audience, he was no longer as popular as he had been in the earlier part of the decade, with the hits drying up.

But there was one further solo classic up his sleeve, ‘Lovely Day’, released as a single in late-’77 and the opening track from his third Columbia album ‘Menagerie’. It took him back into the US top 30, although its success in the UK was much more pronounced, where it was a top 10 hit twice over, firstly on its original release, when it reached #7, and then in 1988, remixed by Dutch DJ Ben Liebrand, and peaking even higher at #4, giving Withers his biggest UK hit (‘Menagerie’ was also his best-selling UK LP, piercing the top 40).

‘Lovely Day’ delivers on its title, it emits a cosy warmth that can’t fail to uplift the spirit, all the way through to its crescendo – Withers’ famously sustained 18 second vocal note, vaunted to be the longest on record back then. Having played it at the time of its original release, it’s a track that I can still pull out today, to the great delight of the crowd, when the right context rears itself, both the wonderful original and Copycat’s more DJ friendly edit.

A further album followed, 1978’s ‘’Bout Love’, but it failed to make much impression, and there was then a 7 year gap until his final album, ‘Watching You Watching Me’ in 1985, at which point he made a clean break from an industry he’d fallen out of love with, disillusioned by the commercial pressures of A&R ‘blaxperts’, as he called them, trying to direct his career in a direction he wasn’t comfortable with – a decision he firmly stuck to, even refusing to perform live when he was inducted into the Rock & Roll Hall Of Fame in 2015.

There was a swansong however – this came via his guest vocal on Grover Washington Jr’s ‘Just The Two Of Us’, which originally appeared on the Jazz saxophonist’s 1980 album ‘Winelight’, his most commercially successful recording reaching the top 5 in the US, whilst the resulting single just missed the top spot following its ‘81 release – a melancholy masterpiece delicately produced by Washington and Ralph MacDonald that would scoop the Grammy for Best Rhythm & Blues song. The same year he’d make a further guest appearance with The Crusaders on their track ‘Soul Shadows’, which was issued as a single following its inclusion on their ‘Rhapsody And Blues’ album.

In 1988 the Club Nouveau version of ‘Lean On Me’ took the song back to the top of the US chart (#3 UK), and secured Withers a further Grammy for Best R&B Song. A fourth Grammy would follow in 2014 when his nine-disc retrospective, ‘Bill Withers: The Complete Sussex & Columbia Albums Collection’, featuring his 8 studio albums plus his Carnegie Hall live set, received the award for Best Historical Album.

An artist of humility, grace and integrity, Bill Withers, despite his inactivity for the past 35 years, saw his legacy come into greater focus during more recent times thanks to the 2009 film documentary ‘Still Bill’, a must watch that provides a fitting tribute to this most humble of legends.