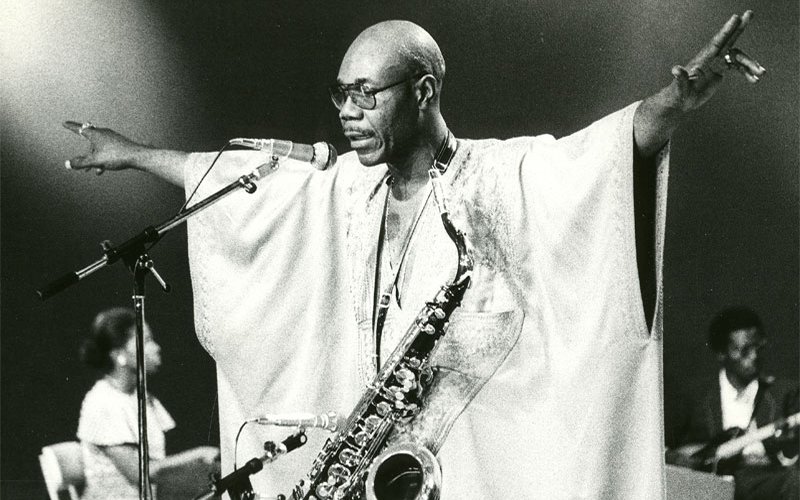 COVID-19 claimed the life of the pioneering Cameroonian musician Manu Dibango earlier this week. He died in Paris where he had been based for many years, moving there in the mid-‘60s – he was 86.

Having recorded since the early-‘60s, Dibango is best-known for his seminal 1972 club classic ‘Soul Makossa’, his urgent saxophone and spoken vocalising riding a relentless Afro-Funk rhythm to create pure groove magic, its distinctive Afro-Jazz fusion intoxicating. ‘Soul Makossa’ first appeared on the 1972 album of the same name, issued on the French Fiesta label and, having picked up an imported copy of the album at a Brooklyn record shop that specialised in West Indian and African records, the legendary New York DJ David Mancuso saw the track blow up big time at his hugely influential downtown Manhattan Loft Parties. 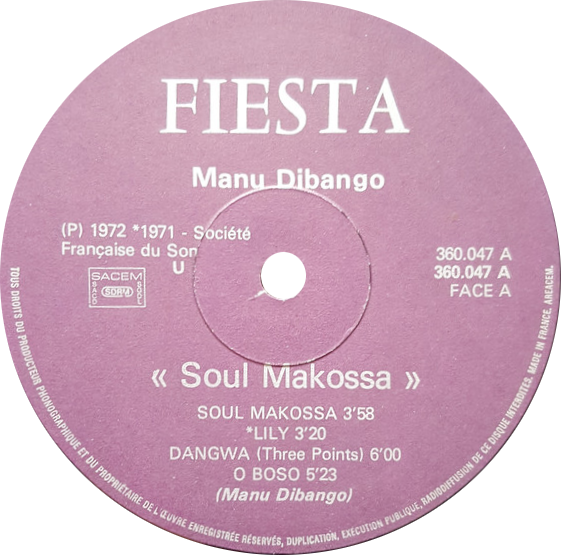 With other NYC DJs snapping up all available copies, ‘Soul Makossa’ quickly gained the attention of radio luminary Frankie Crocker, who spread the track over the airwaves on the city’s leading black music station WBLS. This created a huge demand from the numerous DJs who could no longer get hold of a copy, all avenues soon exhausted, resulting in a rash of quickly recorded covers, the most noted being Afrique’s 1973 version. Billboard, the US trade paper, reported on this dancefloor phenomenon and how copies were changing hands at a handsome profit, with Atlantic Records finally licencing the track for the US and releasing it as a single in ’73. Its impact was such that it is now regarded as one of the foundation proto-Disco releases, reaching an impressive #35 on the US chart and just missing the R&B top 20. What was particularly significant was that ‘Soul Makossa’ provides an early example of a record being broken via the clubs – radio, the press and more mainstream DJs responding to its emergence from this ever-evolving underground that would subsequently birth New York’s Disco movement.

Here in the UK, although the album never saw a release, ‘Soul Makossa’ was issued as a single on the London label in ’72. Being only 12 at the time, I’m unsure of whether it immediately took off with DJs here, or if its success in the US was the spur, but it was certainly enduring for, although never achieving a chart placing, by the time I started to DJ in 1975, 3 years on from its UK release, it was still very much a club favourite, an evergreen leftfield Funk favourite that has always retained its cool and forever ignites the dancefloor.

Michael Jackson’s 1982 recording ‘Wanna Be Startin’ Somethin’’, lifted the “ma-ma-se, ma-ma-sa, ma-ma-ko-sa” lyric from ‘Soul Makossa’, with Dibango eventually (27 years on) instigating court proceedings, but ultimately accepting an out of court settlement for its usage.

Dibango would score big in the clubs again, at least as far as the UK was concerned, with his 1976 single ‘Big Blow’. I have an abiding memory of being taken to a club in Ilford called Room At The Top – it was a Monday night, but as I went inside what was a sizeable space I was taken aback by just how packed and atmospherically charged it was, the place literally bouncing to ‘Big Blow’. Not sure who the DJ was that night, but they had the crowd in the palm of their hand. It was an association that always stayed with me, despite playing the track numerous times myself, both when it first appeared and later, on the Jazz-Funk scene, as a classic oldie (I also played ‘Waka Juju’, the title track of his 1982 album, during the Jazz breaks at Wigan Pier and Legend that year).

African music had only just mourned the death of another of its greats in February – South African Joseph Shabalala, the founder and musical director of Ladysmith Black Mambazo, the choral group who gained global acclaim following their key contribution to Paul Simon’s ‘Graceland’ album in 1986.

Manu Dibango leaves a wealth of recordings, spanning half a century, and will certainly be remembered as the groundbreaking musician he was, helping expose African music to a western audience whilst, in the process, crucially contributing to Disco’s DNA.