By Greg Wilson on January 20, 2020 in Records, The Eighties, The Seventies 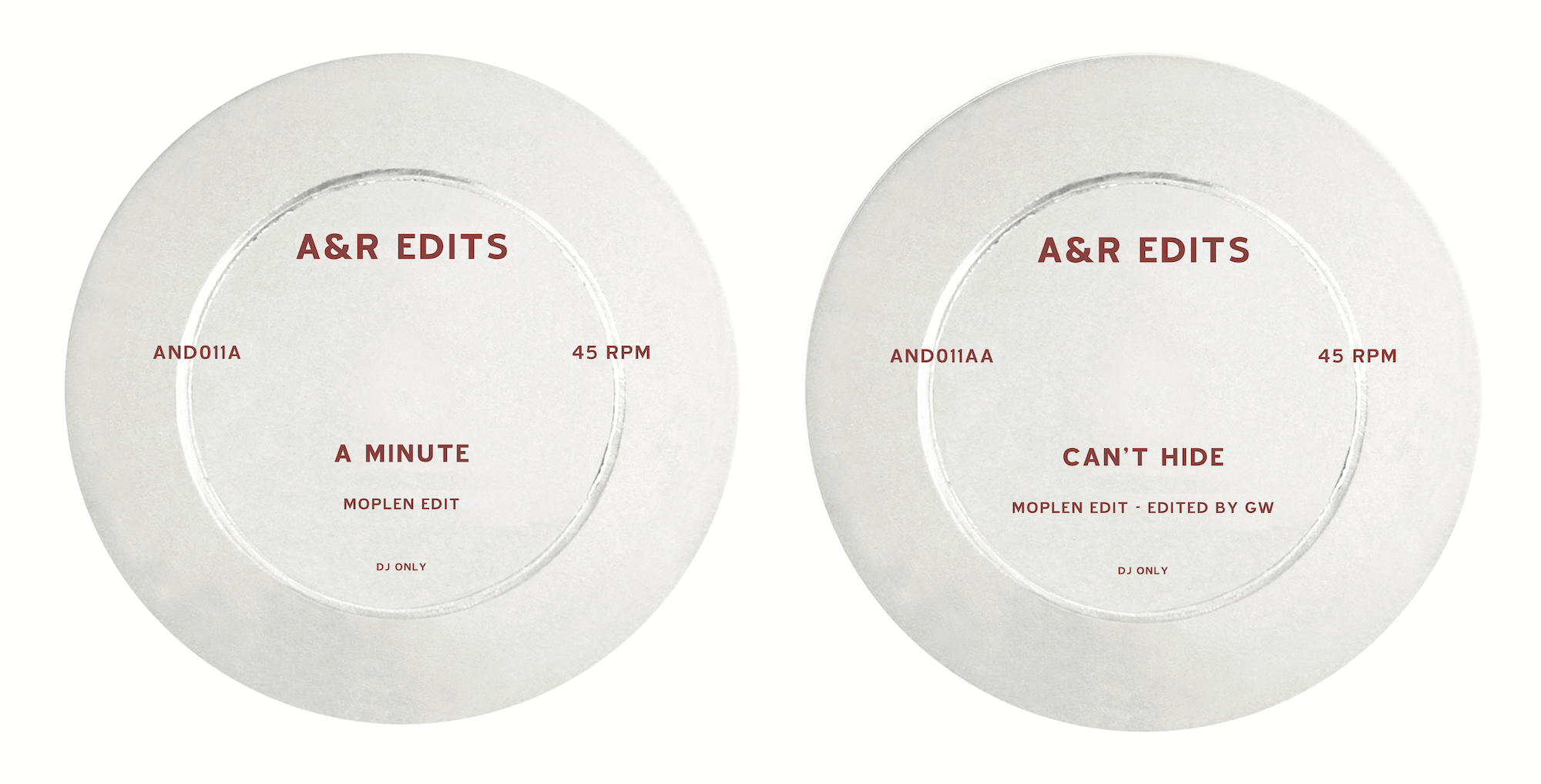 Following the re-boot of the A&R Edits imprint last year, the latest 12”, #11 in the series, is now available, coupling Italian DJ Moplen’s edit of mid-‘70s Disco favourite, ‘It Only Takes A Minute’ by Tavares, with a collaboratory take on David Joseph’s ‘You Can’t Hide (Your Love From Me)’, the result of my 2011 edit of Moplen’s edit of Larry Levan’s 1983 remix of the track, which now finally finds its way onto vinyl.

Moplen featured in my recently published 20 Choice Edits and Reworks for 2019 with his sublime re-interpretation of Eumir Deodato’s ‘Whistle Bump:
https://soundcloud.com/gregwilson/greg-wilsons-20-choice-edits-reworks-2019

Back in 2011 I was sent a link to Moplen’s original David Joseph edit and was intrigued when I saw what track it was, something I’ll forever have a strong personal association with given that it was with 2 copies of the original UK 12″ that I made my claim to fame as the 1st UK DJ to mix live on TV, back in 1983 on the classic British music / youth culture show, ‘The Tube’. The full background to this plus YouTube clip are here at Electrofunkroots:
http://www.electrofunkroots.co.uk/articles/on_the_tube.html 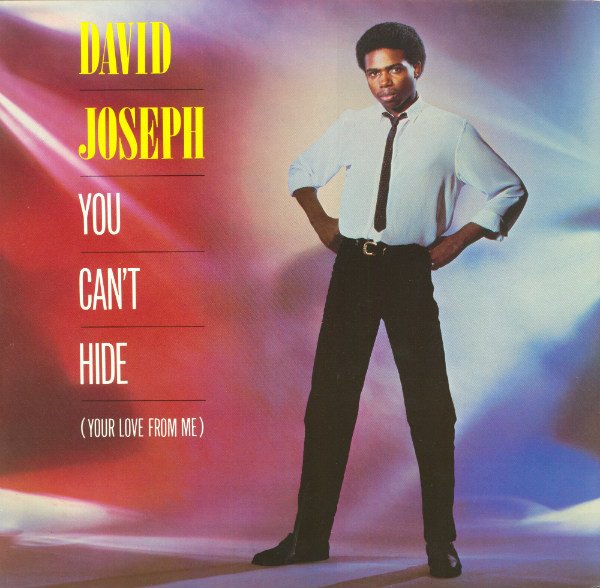 David Joseph was a British artist who’d previously been in Hi-Tension, initially signed to Island Records and one of the vanguard British Jazz-Funk bands. Having gained significant club support, they scored a couple of energy-driven chart hits in ’78 – the self-titled ‘Hi-Tension’ (#13) and ‘British Hustle’ (#8), which was also the name of a documentary film about the southern Jazz-Funk scene, featuring some now historic footage of dancers filmed in Brixton club ‘Clouds’, which was screened that year as a support feature in UK cinemas.

Having failed to scale similar heights in the intervening years, Hi-Tension split in the early-‘80s when Joseph left to pursue a solo career. ‘You Can’t Hide (Your Love From Me)’ was his debut release and quickly a became a favourite with the more upfront UK DJs, who were serviced by Island with copies on white label. The track would eventually crossover to the more mainstream clubs and climb as high as #13 on the chart. Over in New York, Larry Levan would quickly pick up it and, without delay, went into the studio to remix for the US clubs – it would rise as high as #2 on the Dance chart.

Moplen had done a fine job, but unfortunately I couldn’t play it, his edit focusing on the instrumental version. I replied to his mail, explaining that because of my connection to the track I would need the vocal in there at some point, otherwise the dancefloor might feel short changed. The whole dub vibe teases things up a treat, but the money shot of the song is a must for my own purposes. This led me to edit Moplen’s edit to incorporate the full vocal, and the resulting version became one of my big festival tracks that year, appearing in a number of my live mixes. It’s continued to receive plays every here and there throughout the past 9 years, and the question of vinyl has often been raised, so it’s good to be able to take the opportunity to include as part of a Moplen double-header.

When I started out as a DJ, during the dawning of the Disco age in 1975, ‘It Only Takes a Minute’ by Tavares, released just a few months earlier, was popular in the clubs, despite never showing on the UK chart (their subsequent 1976 releases, ‘Heaven Must Be Missing An Angel’ and ‘Don’t Take Away The Music’ were both top 5 hits). It was a different story stateside, where ‘It Only Takes A Minute’ remains Tavares’ highest placing, reaching #10 on the US chart, whilst topping the R&B chart and just missing the summit of the Disco chart. 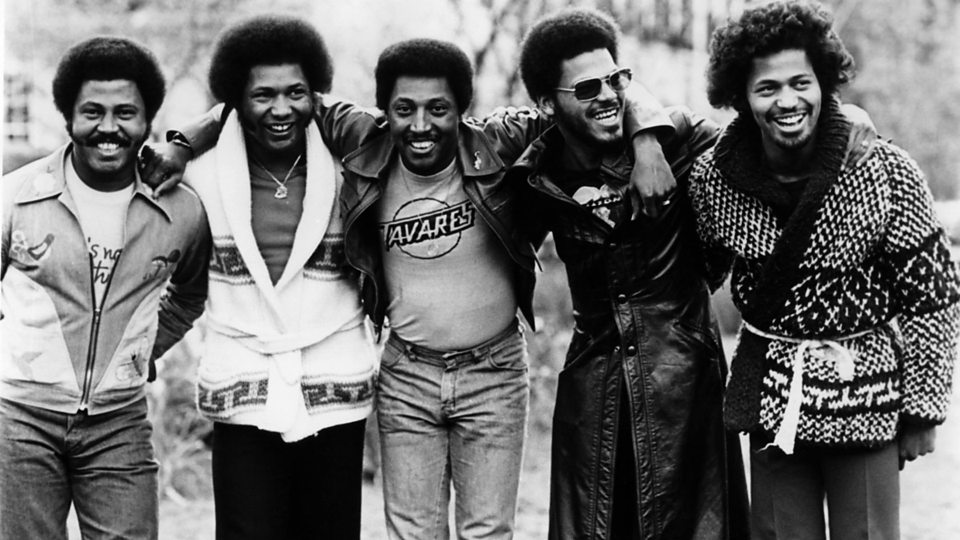 It was one of the tracks included in ‘First Impressions’, which compiled 25 tracks I played at the very start of my DJ career. This was the forerunner to the Time Capsule series, which month by month documented the tracks I was playing during the key Disco years of 1976 and ’77. So, ‘It Only Takes A Minute’ was there right from the off for me, way back in the days before the 12” single came to be.

It did finally make the UK chart in 1986, a modest #46 via a remixed version by Dutch DJ Ben Liebrand, then 6 years later in ’92 it would provide British boy band Take That with their breakthrough hit, leaving many people here, as a consequence, under the impression that this is a Take That original.

This was brought home to me when someone commented a few years ago that they’d never expected me to play something by Take That. The track in question wasn’t ‘It Only Takes A Minute’, but ‘Vertigo / Relight My Fire’, the #1 Disco hit in the US as the ‘70s came to a conclusion, released by Dan Hartman and featuring classic New York diva Loleatta Holloway, wonderfully mixed into a dancefloor epic by John Luongo & Michael Barbiero. Take That covered ‘Relight My Fire’ in 1993, and it shot to #1 in the UK, Lulu singing the Loleatta parts, and once again its assumed by some that this is their track – that would include the person who listened to me playing the original but was hard-wired into it being Take That.

It’s good to, in some small way, reclaim these records – helping point to source, rather than simply associating them with later artists, especially when their recordings are somewhat watered down from the vitality of the originals. This is what appealed to me about Moplen’s edit of ‘It Only Takes A Minute’ – the extended track given the necessary makeover to enable contemporary plays and perhaps enlighten some people to the song’s origin in the process. 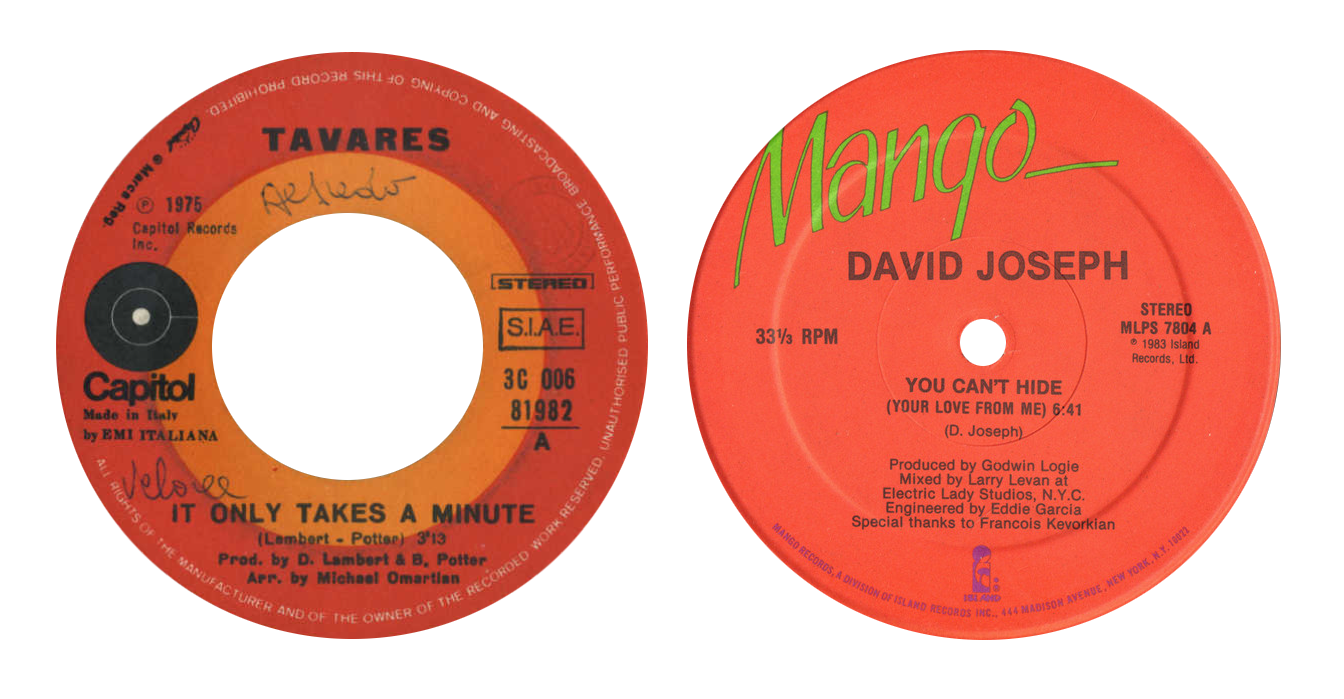