Halloween is upon us, so there’s no better time for a ghost story.

This particular ghost story involves a record, originally a rare one, which would become a big hit in the UK in 1974, 7 years on from its initial release, reaching #3 that spring following its ‘discovery’ by Northern Soul DJ and digger extraordinaire, Ian Levine.

This was a story I heard about via Ian Dewhirst, once DJ Frank on the Northern Soul scene back in the ‘70s. It begins with some exciting news spreading around the Northern Soul grapevine (in those days, way before internet, the telephone was how information spread). The word was that Ian Levine had unearthed a rare gem on a Motown subsidiary label (V.I.P.) – the name of the track alone generated great expectancy, this record having the unforgettable title, ‘There’s A Ghost In My House’. He’d be playing it at Blackpool Mecca, one of the scene’s most important venues, the following Saturday, and the anticipation in the lead up to this was palpable. 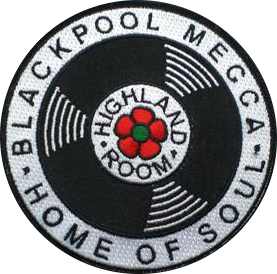 So, Saturday came around and people got to hear what the fuss was about, and it was all worthwhile, the fascinatingly-titled track living up to its hype. This prompted a frantic search for further copies during the following week, but these proved to be elusive, with its exclusivity assured short-term.

The artist, R. Dean Taylor, was a white Canadian, which was unusual for a Motown signing. He’d released a couple of singles in his home country before re-locating to Detroit where Motown hired him as a songwriter, as well as taking him on as a recording artist in his own right. His first V.I.P. single, ‘Poor Girl’ / ‘Let’s Go Somewhere’ (1965), was written with Brian Holland from the legendary Motown songwriting / production crew, Holland / Dozier / Holland (Holland and Lamont Dozier also produced). Taylor’s next single, in ‘67, would be ‘There’s A Ghost In My House’, and this time he had the full trio on board, the track written by Taylor in conjunction with Holland / Dozier / Holland, with Brian Holland and Lamont Dozier once again producing. As with its predecessor, it flopped.

The following year saw Taylor release a further single, the driving self-produced ‘Gotta See Jane’. Brian Holland co-wrote again, but the track stiffed once more in the US. However, the single caught the imagination in the UK, giving Taylor a top 20 hit following its release on Tamla Motown (the catch-all UK imprint for all the various US Motown labels). 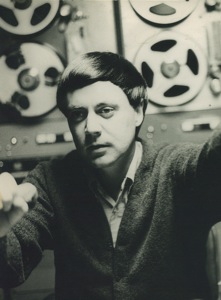 It wouldn’t be until 1970 that Taylor released his next single, finally scoring big with ‘Indiana Wants Me’ (this time released on Motown’s recently launched rock subsidiary, Rare Earth), which went top 5 on both sides of the Atlantic. In the meantime his songwriting prowess had come more to the fore, with co-writes (as part of The Clan) including the Diana Ross & The Supremes hits ‘Love Child’, which topped the US chart, and ‘I’m Livin’ In Shame’. The Clan also included Frank Wilson, whose own Northern Soul legacy would unfold when a precious promotional copy of his never issued 1965 single ‘Do I Love You (Indeed I Do)’, became a Wigan Casino classic a dozen years later – subsequently the scene’s most sought after, and expensive, single. 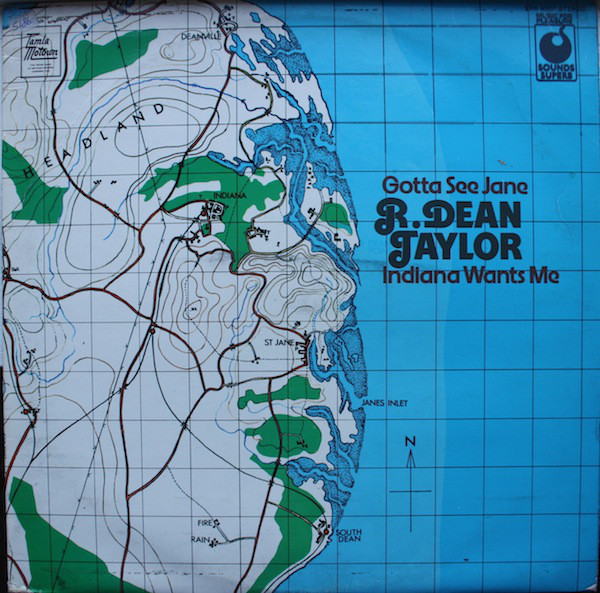 ‘Indiana Wants Me’ would be the high point of Taylor’s career, but he’d enjoy an unexpected swansong 4 years later when the re-activated ‘There’s A Ghost In My House’ first went huge in Northern Soul circles, before, following its Tamla Motown release in the UK, enjoying mainstream success here.

So back to Blackpool Mecca where Ian Levine had the monopoly on what was the scene’s most talked about record of the moment. That was until, at Charnock Richard services on the M6, a popular meeting spot for soulies on their way to or from Wigan Casino, what was rare became commonplace in the blink of an eye.

EMI Records had a budget-priced label called Music For Pleasure (or MFP) – as far as record buying went these cheap and cheerful LPs were a polar opposite to Northern Soul collecting, but someone ventured to flick between these racked records to find, much to their surprise, there on sale at Charnock Richard, as part of MFP’s low-cost Sounds Superb series was, would you credit it, an R. Dean Taylor album, ‘Indiana Wants Me’ – a compilation of recordings from throughout his career, which included, 3rd track in, none other than ‘There’s A Ghost In My House’. All of a sudden the track nobody could find was available to buy at service stations up and down the county, not to mention the many retailers in every town centre who stocked MFP releases. Until that point everyone had missed what had been under the noses all along.

As it turns out, its renaissance as a ’74 Tamla Motown single wasn’t even its original UK release – it had already appeared on Vol.2 of the ‘Motown Memories’ compilation series in 1968, which combined early Motown recordings with more obscure tracks issued by the company.

Ian Levine would later disown his discovery, calling it ‘a nasty white pop record’, but the track has retained its appeal down the years as a much-loved Northern Soul touchstone.

There’s A Ghost In My House Wikipedia:
https://en.wikipedia.org/wiki/There%27s_a_Ghost_in_My_House

2 Responses to A Ghost Story