By Greg Wilson on August 16, 2018 in RIP, The Eighties, The Seventies, The Sixties 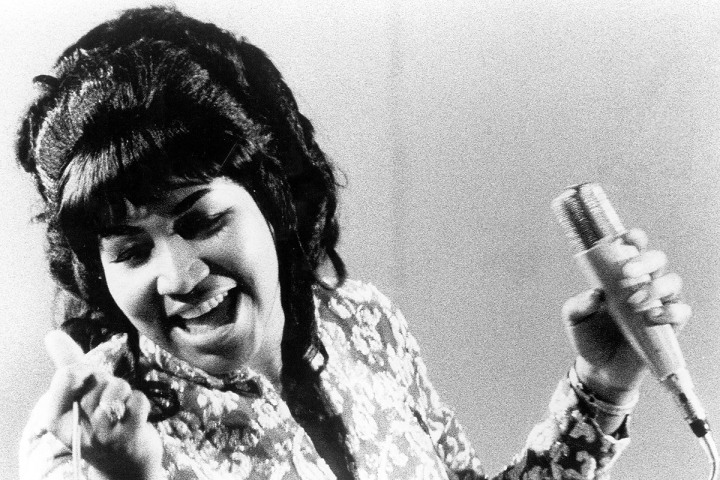 The Queen is dead. Aretha Franklin, born in Detroit 76 years ago, and destined to be acknowledged as ‘The Queen Of Soul’ following her late-‘60s breakthrough, was the daughter of minister C.L. Franklin, developing her vocal prowess in the church, before embarking on a secular career in 1960, when she was 18.

Success eluded her for a number of years, and it was only after leaving Columbia Records and signing to Atlantic in 1967 that her career took off…and how! Her breakthrough came via the hugely emotive, ‘I’ve Never Loved A Man (The Way I Love You)’, which topped the US R&B chart, whilst cracking the Pop top 10. However, it was with the follow-up, her cover of Otis Redding’s ‘Respect’, that the floodgates fully opened, the track topping the US chart and becoming a global hit. Redding, who’d been hailed ‘The King Of Soul’ paid her high compliment when he said, during his defining Monterey Pop performance in 1967’s summer of love, ‘this next song is a song that a girl took away from me. A good friend of mine, this girl, she just took the song, but I’m going to do it anyway.’ Aretha’s ‘Respect’ would become a feminist anthem, very much a part of the Civil Rights soundtrack during turbulent times in America.

Franklin’s version introduced elements that are now synonymous with this classic amongst classics, the backing vocals, provided by her sisters, Erma and Carolyn helping to take an already strong song to a whole other level.

Complete with the distinctive Muscle Shoals sound, via the famous Alabama studio Atlantic put her in to record, Franklin would unleash some of Soul music’s biggest tracks of ‘67/’68, scoring top 10 hits with ‘Baby I Love You’, ‘(You Make Me Feel Like) A Natural Woman’, ‘Chain Of Fools’, ‘(Sweet Sweet Baby) Since You’ve Been Gone’, ‘Think’, ‘The House That Jack Built’ and ‘I Say A Little Prayer’, a particular favourite of mine.

I remember hearing it on TV (probably Top Of The Pops) in 1968, when I was just 8. I recall it sounding exceptionally beautiful, something I might now term ethereal. It still sounds that way now, just giving myself to it and quietly listening can buzz my whole body. I later learned that it was written by the legendary partnership Bacharach & David (originally recorded, as with many of their compositions, by Dione Warwick). Again Aretha and the backing vocals took this track to another realm, Warwick always wonderful, but Aretha imbuing a whole deeper quality to the song. I was struck by its divine humanity, even at that young age.

It was only last month, having just experienced a really special outdoor appearance in Glasgow’s Queens Park for the Melting Pot crew, that I was unexpectedly called back to the stage for ‘one more tune’, which I had to hastily select on the spur of the moment. ‘I Say A Little Prayer’ was my spontaneous choice, and it turned out to be the right one, especially in light of today. You can hear it in context here:
https://soundcloud.com/gregwilson/melting-pot-queens-park-bandstand-glasgow-080718-greg-wilson-live-mix 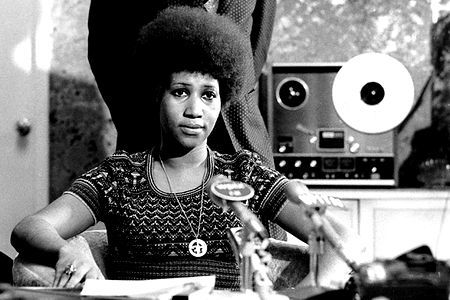 She’d rack up further top 10 US hits between ’71-’73, her covers of ‘Bridge Over Troubled Water’ and ‘Spanish Harlem’, the club favourite ‘Rock Steady’, ‘Day Dreaming’, and the gorgeous love song ‘Until You Come Back To Me (That’s What I’m Going To Do)’. All in all she’d top the R&B chart no less than 20 times.

Her profile dipped during the rest of the ‘70s, but her cameo in the 1980 hit movie ‘The Blues Brothers’, where she sang ‘Think’, brought her to the attention of a new generation. In 1982 she had a big club hit with ‘Jump To It’, and would return to the top 10 with ‘Freeway Of Love’ and ‘Who’s Zoomin’ Who’ (both ’85), but her ‘80s output is probably best-remembered for 2 epic collaborations, 1985’s ‘Sisters Are Doing It For Themselves’ (with Annie Lennox) and her 2nd US #1, which was her only UK chart-topper, ‘I Knew You Were Waiting (For Me)’, which she recorded with George Michael.

Although she continued to record and perform, the hits diminished in the ‘90s, whilst health problems dogged her latter years, and it was announced today that she’d succumbed to pancreatic cancer. She died at her home in Detroit.

In a twist of irony, she passed on the same date as Elvis Presley, dubbed ‘King Of Rock & Roll’ (41 years ago), and on the 60th birthday of ‘Queen Of Pop’, Madonna. 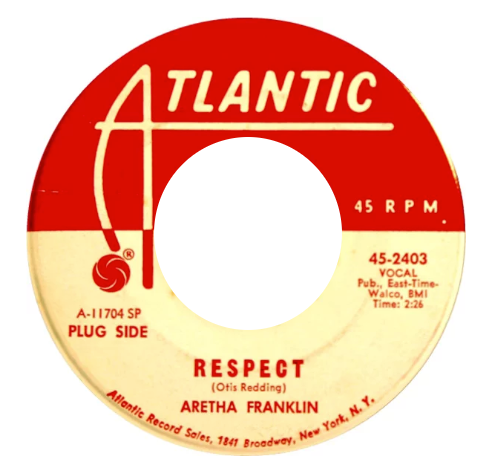 One Response to Aretha Franklin