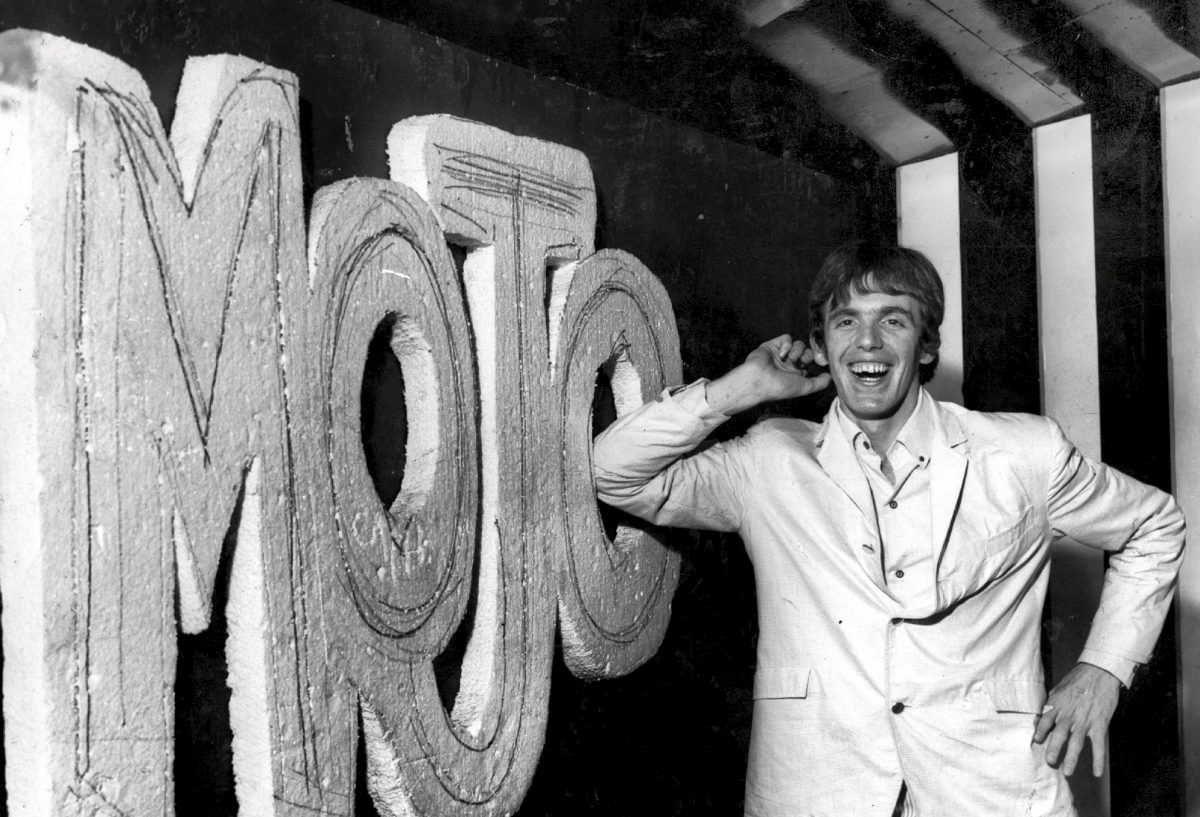 Sheffield-born Peter Stringfellow who died yesterday, aged 77, was Britain’s most famous nightclub entrepreneur. The glitzy London club that bore his name a magnet for celebrities during the ‘80s, epitomising the glamourous world he always sought, in contrast to his cash-strapped working class roots.

A Jack the lad blessed with the gift of the gab, he was a successful salesman, going door to door selling household items, before heading up his own sales force when he was 21. But no sooner had his career upped a gear than he was arrested, and imprisoned for 8 weeks, for selling stolen carpets that had been pilfered from the firm he worked for.

Following his incarceration, having taken a job as a driver for a local band he acquired a taste for the entertainment business and the potential perks it offered, both financial and carnal, and began, with his brother Geoffrey, to promote gigs in his home city. He soon struck gold when he booked an upcoming band, The Beatles, for a February 1963 appearance, just as they were about to become a household name in Britain, their 2nd single, ‘Please Please Me’, riding high in the charts by the time the gig came around. Although he baulked at the fee their manager Brian Epstein asked for initially, Stringfellow ended up getting a major bargain. Such was the demand that he had to move the gig to a larger venue The Azena Ballroom, the crowd four times the size he could have possibly hoped for at the time the booking was made.

He’d subsequently promote shows for other new acts making their early steps in the industry, the Rolling Stones The Kinks and Rod Stewart included, before, in 1964, opening the King Mojo club, originally R&B geared and frequented by scooter riding Mods, but later rebranded as the Beautiful King Mojo as the psychedelic era swept in. Although he owned few records, he’d fallen into the role of DJ/compare by force of personality, elevated to something of a local hero as the Mojo became a key Mod venue, it’s reputation in the North arguably 2nd only to Manchester’s Twisted Wheel. The Mojo would host many of the defining acts of the era – the Small Faces, The Who, Little Stevie Wonder, Wilson Pickett, Ike & Tina Turner, the Pink Floyd and Jimi Hendrix included.

With money in their pockets the Stringfellow’s quickly made their next step, moving across to Manchester where they launched the more upmarket Millionaire. Peter Stringfellow was now more host than DJ, the figurehead of the club with his trademark mullet, he quickly made his mark on Manchester nightlife – the champagne flowing for those who could afford it. 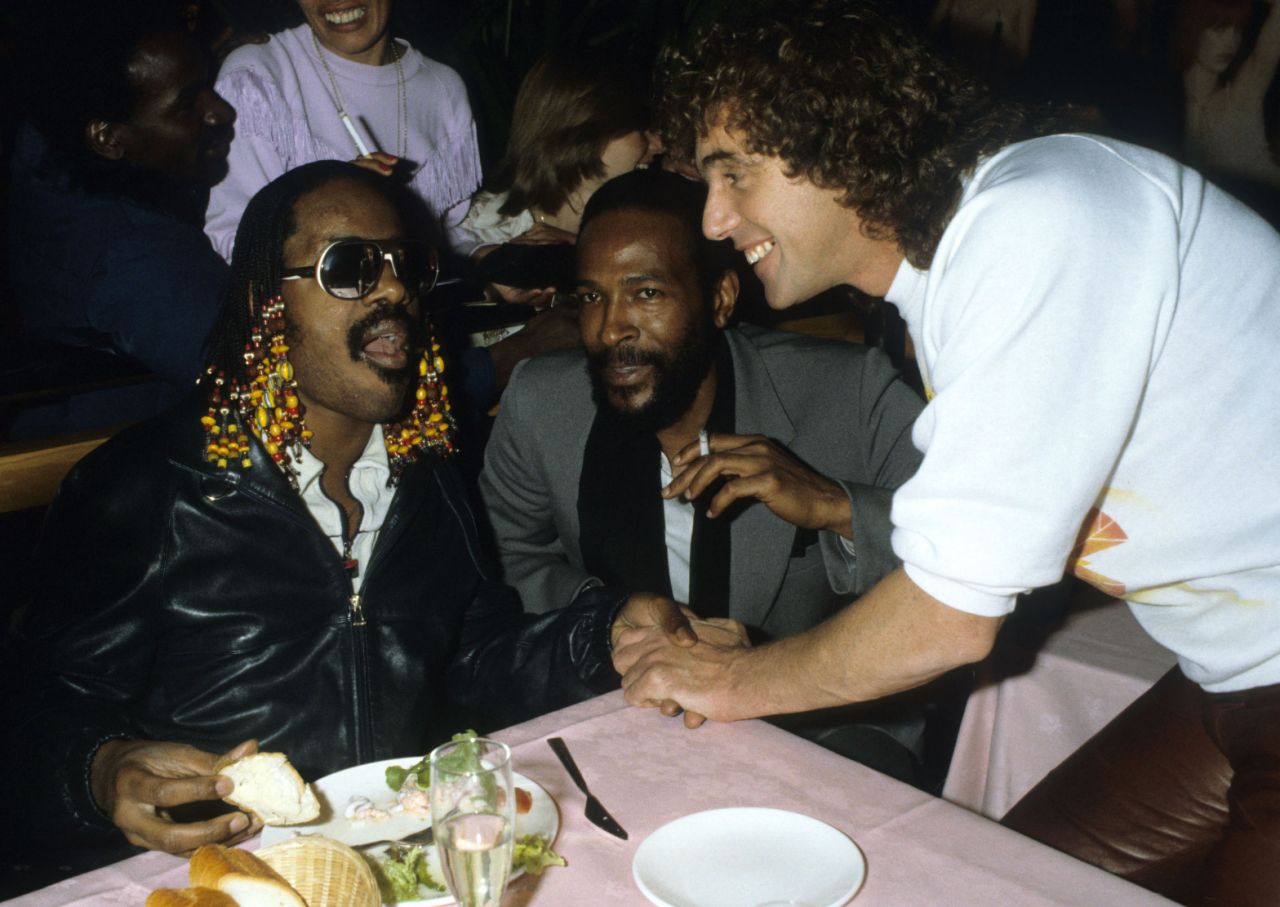 Four years on he made his boldest move, going right into the belly of the beast to open the exclusive Stringfellow’s in London’s Covent Gardens. It was a grand statement, but the capital welcomed the charismatic Northener, the club soon a magnet for celebrities, rock / film stars, models and the moneyed. Stringfellow became a celebrity himself, the tabloid column inches stacking up and his decadent persona abhorred and admired in equal measures. Stringfellow played right into it, taking the mantle of ‘King Of Clubs’, which would be the title of his 1996 autobiography.

I have a personal anecdote regarding Peter Stringfellow. In 1982, when I was 22, I attended a DJ Convention in Birmingham, where Stringfellow was the special guest giving an entertaining and insightful talk, urging DJs to follow his example and aim to open their own clubs. The idea of him building from ground up, rather than inheriting or buying into this nocturnal world was impressive. He was certainly a self-made man and, given my fleeting wish to one day run my own club, this example was obviously not lost on me. In an interview I did a little later I was asked to name a DJ that inspired me, to which I answered ‘Peter Stringfellow, because he owns his own club’. At the end of his talk he invited the assembled DJs come to Stringfellow’s if they were in London.

I was with my friend and fellow-DJ Paul Rae in Birmingham that day, and some months later we took a trip to London together. Paul, remembering what had been said, had phoned Stringfellow’s, informing me we were on the guest list that night. He was as good as his word with regards to the invite, but what I hadn’t expected is Peter Stringfellow’s graciousness and hospitality – he greeted us at the door with his big welcoming smile and spent the next half hour or so talking away to us and showing us around his club, buying us drinks along the way. His charm and charisma was unquestionable, the encounter making a lasting impression on me.

Stringfellow’s wasn’t my type of club. For starters the drink prices could bankrupt a young Northerner not used to West End London inflation, if they weren’t careful. Musically it was too commercial for my taste, and it was obviously a posers paradise, packed with the affluent and attractive. It was all too aspirational for my liking, but we were approaching the age of the Yuppie, and Stringfellow’s was a perfect playground for them. 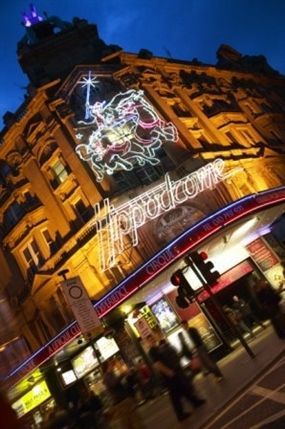 In addition to Stringfellow’s, the impresario took over Leicester Square cabaret club, The Talk Of The Town, transforming it into the state-of-the-art Hippodrome, a 2000 capacity venue which he heralded ‘The World’s Greatest Disco’. Much of the club’s clientele consisted of out of towners on a trip to the metropolis and overseas tourists, given its central London location, but it proved lucrative both under Stringfellow’s stewardship, and later when European Leisure took over.

The Hippodrome has a special place in UK Hip Hop culture, as the arena for the ‘Electro Rock’ documentary, featuring a number of London’s early rappers plus some of the country’s top breakdance crews (far more evolved than the rappers I must say), including Manchester’s Broken Glass, who I’d previously managed, kicking off proceedings – Capital Radio Electro Legend, Mike Allen, the master of ceremonies. Full documentary here:
https://www.youtube.com/watch?v=6IDPz4Zzqv8

Stringfellow continued to display the Midas touch – his next move was to take the brand to New York in 1986, before extending his reach to Miami in 1989 and Los Angeles in 1990. However, with America experiencing an economic recession, the bubble soon burst, his new Stringfellow’s ventures sustaining major financial losses and his Transatlantic nightclub empire in danger of crumbling. 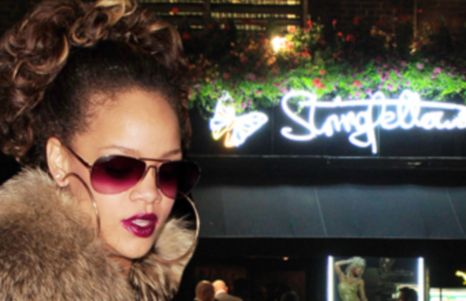 His salvation would see a dubious change of strategy, targeting the the ‘adult market’, with table dancing introduced at his New York venue and eventually at Stringfellow’s London, which would ultimately be granted a Sexual Entertainment licence.

It had all moved a long way away from the King Mojo and the Mods. It was now the newly tabloid coronated ‘King Of Sleaze’ surrounded by pretty girls scantily clad at an age he should know better. He certainly, in a Hugh Hefner manner, grew old disgracefully, becoming in many respects his own self-parody, although he seemed to revel in the ridiculousness of being the oldest swinger in town, happy in the lifestyle he’d forged for himself and unapologetic to criticism of sexism during the latter decades of his life.

Whilst looking around online I unearthed this gem of a conversation between Peter Stringfellow and another of the great mavericks of our times, Howard Marks, who himself died just over 2 years ago:
https://www.youtube.com/watch?v=7zy1S80oNVA 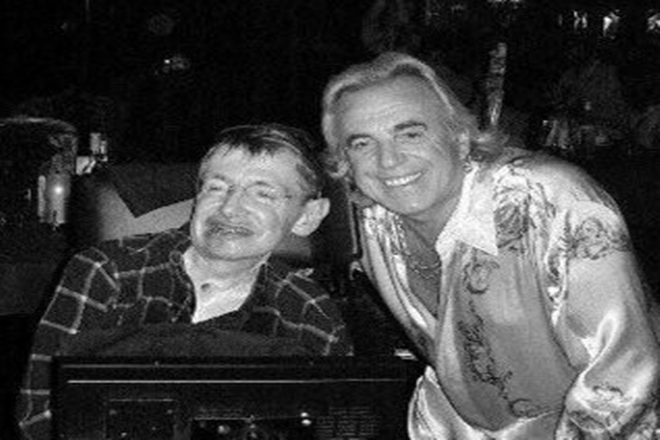 A Song For Bobby
The Chic Organization – 1977-79 Selection Reworked

One Response to Peter Stringfellow