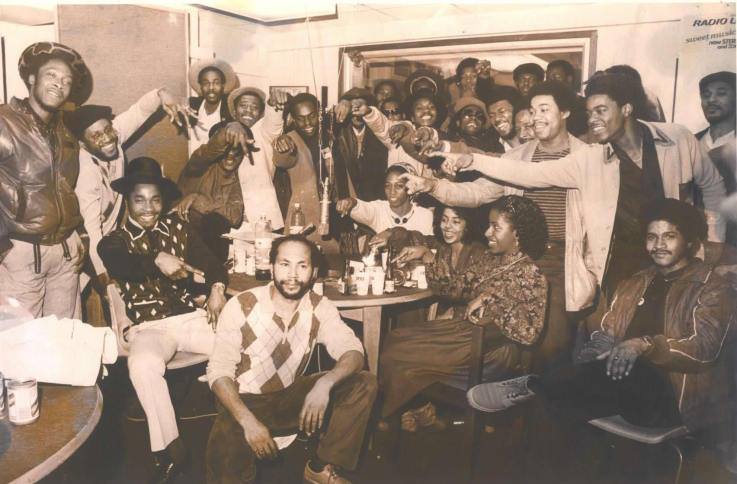 Tony Williams, the accidental UK catalyst for the fusion of Jamiacan Dub and New York dance music during the early-‘80s, sadly died on April 30th. Tony has received scant acknowledgement for this, and it wasn’t until I interviewed him in 2004 that he became aware of this legacy, resulting from the underground popularity of the self-released ‘(Money) No Love’ (artist credit Bo Kool, and arguably the first UK rap recording) and its instrumental flip side ‘Love Money’ (artist credit Funk Masters) pressed up in 1980 on a label named after his daughter, Tania – his production debut. When I commenced my Discotheque Archives series for DJ Magazine, the first edition featured ‘Love Money’ as the Classic Single:
https://djmag.com/features/greg-wilsons-discotheque-archives

The following year the definitive version of ‘Love Money’ was released as part of the EP ‘Re-Mixture – The Best Of UK Jazz-Funk’, issued on the Champagne label in 1981 under the artist name T.W. Funk Masters – which is how the track is generally listed nowadays (also TW Funkmasters).

It was wonderful to be able to hear Tony’s response, having been informed of the full weight of his pioneering role, he told me;

You can read the full interview here:
http://www.electrofunkroots.co.uk/interviews/tony_williams

More recently, when groundbreaking NYC remixer François Kevorkian and I were both part of a panel discussing edit culture at London’s ICA, he disclosed that ‘Love Money’, rather than, as might be presumed, King Tubby or Lee ’Scratch’ Perry, provided his inspiration to follow a more Dub-based path. We talk about the track’s impact and influence from 14.50 at the link below:
https://www.youtube.com/watch?v=wU3Hc7yvb-I 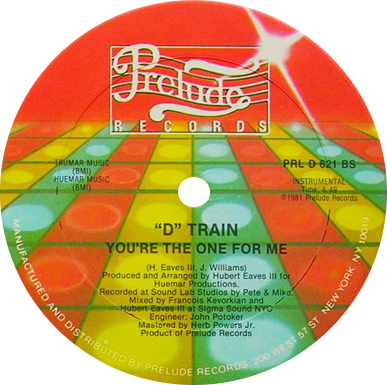 François called ‘Love Money ‘a holy grail moment’, which immediately impacted on his classic mix of D Train’s ‘You’re The One For Me’, one of the definitive releases of the era, issued on Prelude, the prolific New York dance label, for whom François was head of A&R at the time.

Although Tony was aware that ‘Love Money’ had kudos in New York, he had no idea just how seminal it was – also in Chicago, where it subsequently gained cult status via the bootleg Siamese 12”, the scarcity of original copies driving the price up to $50, a substantial amount back then. Being a UK recording it had first been played on the specialist Jazz-Funk scene, which highlighted underground black music, where it was a massive tune (initially via the 1980 Tania 12”, and even more so the following year when the Champagne version was issued). It had been a much-loved track on my nights at Wigan Pier, so it was fascinating to later learn that, apart from François, it had also been listed as a key early-‘80s track by the likes of Larry Levan and David Mancuso (who included it on the first volume of his ‘The Loft’ retrospective for Nuphonic). 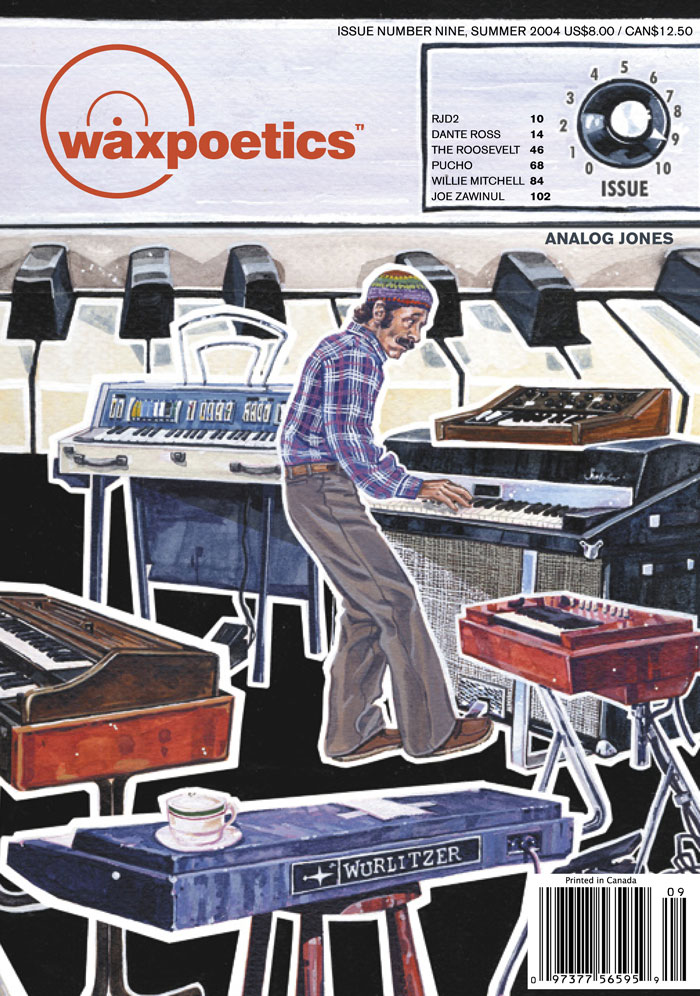 The fact that this information took so long to fully come to light surrounds confusion with regards to the track’s origin. In his 12×12 selection for US magazine Wax Poetics, ‘Love Money’ was one of Master At Work, Louie Vega’s choices, but the assumption was that the Tony Williams behind the record was the revered American Jazz drummer. I was able to point out this error, and this is how my interview with Tony came about, Andrew Mason using it as the basis for a piece in Wax Poetics that finally highlighted the true legacy of this remarkable recording. You can read it here:
http://www.waxpoetics.com/blog/features/articles/love-money-funk-masters-tony-williams

Another huge factor that kept the track’s origins under the radar for so long was Tony’s recognised area of expertise, which wasn’t Jazz-Funk or dance, but Reggae. Although he’d played a wider range of black music in the clubs (it was at one of his nights at Fouberts on Carnaby St that the idea for ‘Love Money’ first occurred), he achieved iconic status within London’s black community as a Reggae specialist, his Sunday afternoon ‘Reggae Rockers’ show on Radio London, which took up the baton from Steve Barnard’s ‘Reggae Time’, becoming something of an institution in the capital between 1978-1988 (David Rodigan would start out on radio presenting ‘Reggae Rockers’ in rotation with Tony before landing a slot on Capital Radio). A few years ago Tony uploaded one of his 1982 Radio London shows in its entirety:
https://www.mixcloud.com/tony-williams20

What actually gave ‘Love Money’ its unique edge was the square peg / round hole scenario of Reggae musicians attempting to make a dance track (with engineer Mark Angelo Lusardi providing the studio glue). The reason Tony had done this, rather than the obvious move of producing the type of music he was known for playing on the radio, is that he felt it wasn’t the done thing to promote his own music over the airwaves (plays on his show vital for Reggae artists), so he made a lateral step towards dance instead. 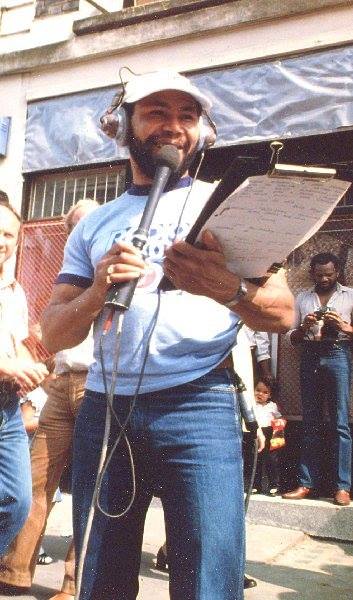 He’d actually go on to score a top 10 UK hit with a later Funk Masters release, ‘It’s Over’ (1983) on his Master Funk label, which he ran between 1982-88. This was very different to the dubbed-out ‘Love Money’, instead taking a more downtempo approach with female vocal lead, more reminiscent of the Lovers Rock style he’d championed on Radio London, but with Street Soul sensibility over 12 months before groups like Loose Ends and the Cool Notes confirmed this new UK direction, which would evolve and peak later in the decade with the global success of Soul II Soul.

After Radio London he’d spend many years continuing to fly the Reggae flag via community-based stations Rockers FM and Rhythm 365. Following his death a number of people remarked on social media their disappointment that someone who’d given a decade’s worth of service to the BBC, helping illuminate the music of not only Jamaica, but black Britain, which was beginning to forge its own musical identity, had received no form of obituary / tribute outside of black newspaper The Voice – his considerable contribution to our music culture still to be brought in from the shadows.

Perhaps one day this will be remedied, especially given ‘Love Money’s’ crucial role in activating a dubwise approach to dance music, albeit accidentally. 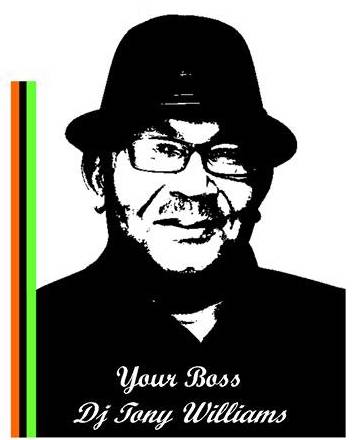