By Greg Wilson on December 10, 2017 in Black Culture, The Sixties 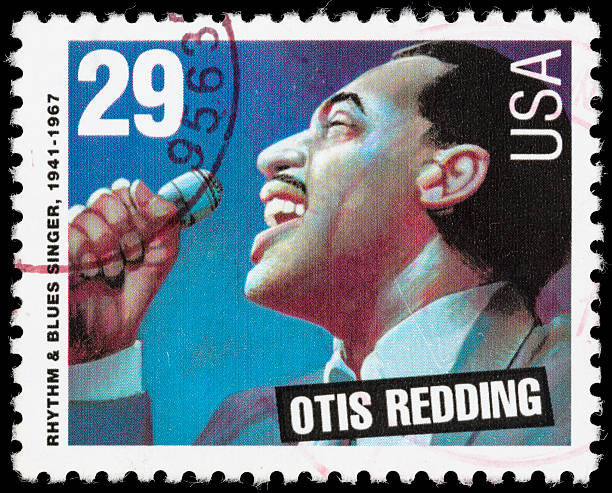 Otis Redding is my favourite singer of all. I became addicted to his records in the late ‘60s – my brother and sister had already brought a number of these into the house including ‘Mr Pitiful’, ‘I’ve Been Loving You Too Long’, ‘I Can’t Turn You Loose’, ‘(I Can’t Get No) Satisfaction’, ‘Fa-Fa-Fa-Fa-Fa (Sad Song)’, ‘Day Tripper’, ‘Shake’, ‘Tramp’ (with Carla Thomas), ‘Respect’, ‘Try A Little Tenderness’, ‘Hard To Handle’, ‘Amen’ and, of course, ‘(Sittin’ On) The Dock Of The Bay’.

‘(Sittin’ On) The Dock Of The Bay’, was a posthumous single, rush-released within a month of his death, quickly topping the US chart in early 1968. It’s Redding’s best-known recording, the irony being that he never heard it fully completed. Redding had started writing the song in August 1967 soon after his triumphant appearance at the seminal Monterey Pop Festival in California just a matter of weeks earlier. The track was recorded in 2 sessions on November 22nd and December 7th, with Steve Cropper, Redding’s producer and guitarist in Stax house band, Booker T. & The M.G.’s, adding the sound of seagulls and crashing waves in the final mix, after Redding’s death.

For a number years after I’d been told he’d died (at the incredibly young age of 26 in December 1967), I mixed-up fact with fiction in my youthful naiveté, believing that he’d fallen from the dock of the bay and drowned. This, of course, added to the poignancy of the song for me, and even now when I listen to ‘Dock Of The Bay’ it touches me deeply, especially, for some reason, the line ‘I can’t do what ten people tell me to do’. It’s a truly iconic single that will always live in my heart.

The reason Otis Redding records were in our house is because my brother was a mod, buying Soul music on labels including Stax. He actually attended the Liverpool leg of The Stax Volt tour, which came to the UK and Europe during the Spring of 1967, Booker T. & The M.G.s (incorporating the Mar-Keys horn section) backing Otis, Sam & Dave, Arthur Conley and Eddie Floyd. If I could have seen any live tour ever, this would have been it. So, as you can appreciate, I’m eternally envious of my brother because, being 9 years older than I, he was fortunate enough to be there. Thankfully the Oslo leg was filmed for posterity and is something I never tire of watching. You can check it out here:

Booker T. & The M.G.’s were also backing Redding at the first major rock festival, Monterey Pop, that June, when Redding won the hearts of hippie ‘the love crowd’ – the mesmeric performance ending with his prophetic words ‘I’ve got to go now, and I don’t want to go’. The appearance would elevate Redding to a whole other level of stardom, a new white audience now joining his existing fanbase, which had been initially built-up playing the Chitlin’ Circuit, a collection of US venues safe for African American artists to perform. Monterey was perhaps Redding’s greatest achievement – his soulful and dynamic presence a revelation for an audience who’d never seen the like. You can watch him at Monterey here in his full glory:

Unleashed on an unsuspecting world during the same month Monterey Pop was staged, ‘Sgt. Peppers Lonely Hearts Club Band’, the earth-shattering album by The Beatles, was the soundtrack of 1967’s psychedelic ‘summer of love’,emanating from the Californian city of San Francisco, most specifically its Haight-Ashbury district. Like countless other musicians, Otis was blown-away by the LP, which inspired a change of style – the introspective San Francisco located ‘(Sittin’ On) The Dock Of The Bay’, the first track he worked on that would represent this shift (although Stax harboured fears that this switch of direction may damage Redding’s reputation). Where he may have headed musically as a consequence is one of the great what ifs? What’s remarkable is that the voice, so worldly wise and profound, belonged to a young man who was still only 26 when he left this mortal coil. 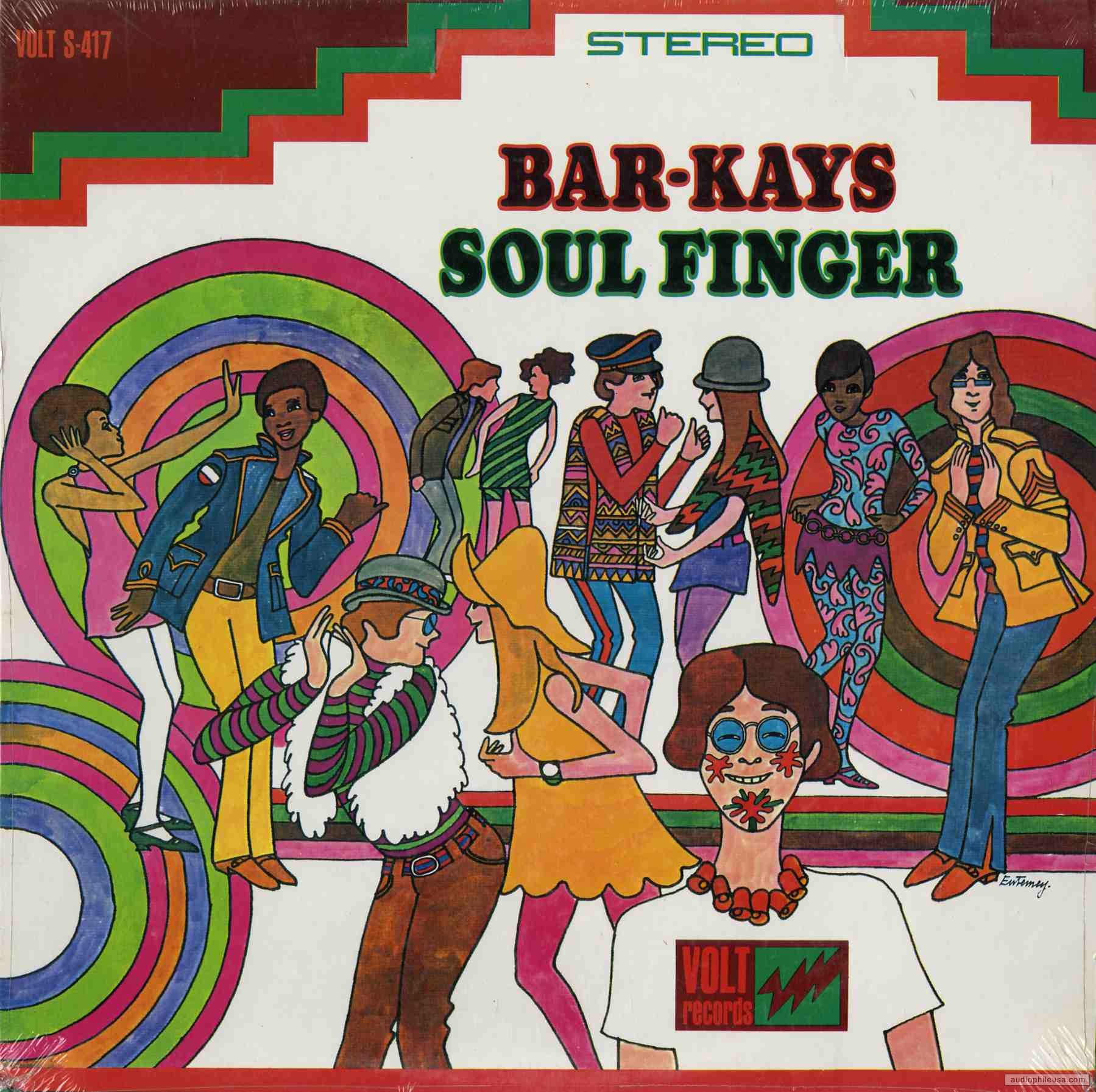 In April 1967, a new young band, The Bar-Kays, released their debut single ‘Soulfinger’ on Stax’s Volt label. It was a top 20 hit in the US and reached #3 on the R&B chart. It was one of the year’s most popular dance tracks.  Following the Stax/Volt dates and Monterey, Booker T. & The M.G.’s were needed in the studio, so The Bar-Kays were  brought in to back Redding at his remaining appearances that year. Fate would determine that, along with Redding, four members of the band would perish when the plane they were travelling in crashed on its way from Cleveland, Ohio to Madison, Wisconsin. Trumpeter Ben Cauley was the only survivor of the crash, whilst bassist James Alexander was on another plane. The two would subsequently re-build the group, continuing to record into the ‘80s.

On December 9th Redding and the band appeared on Cleveland TV show ‘Upbeat’, before playing their final gig that night at Leo’s Casino. The following day they took off in their light aircraft, but four miles from their destination the plane crashed into Lake Montana.

In a twist of macabre irony, Redding’s gig that night was planned to take place at Madison’s Factory nightclub, the support act called The Grim Reapers. 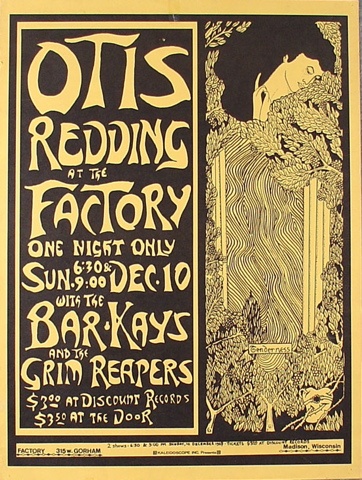 The death of Otis Redding was a huge shock that would devastate Stax and the Soul music community in general. A eulogy to his life/death was recorded by way of the Booker T. Jones produced ‘A Tribute To A King’ the following year, sung by co-writer and fellow Stax artist William Bell.

He was certainly King Otis to me and so many others, one of Soul music’s most emotive singers who could melt you with the magnificence of his voice. I remember someone once saying in a forum discussion that he wasn’t the greatest singer technically, which I thought stupid – when was soul meant to be technical, and what technicalities are we talking about – those applied to opera? Soul music is exactly that, an expression of the soul – coming from a deeper place and thus touching a deeper place in the listener. Otis was soul, and although, in the lyrics of Arthur Conley’s ‘Sweet Soul Music’, which he co-wrote, he acknowledges James Brown as ‘the king of them all’, Otis Redding, to those lucky enough to witness his incredible live performance and buy his classic recordings as the ‘60s unfolded, will forever be the King Of Soul.